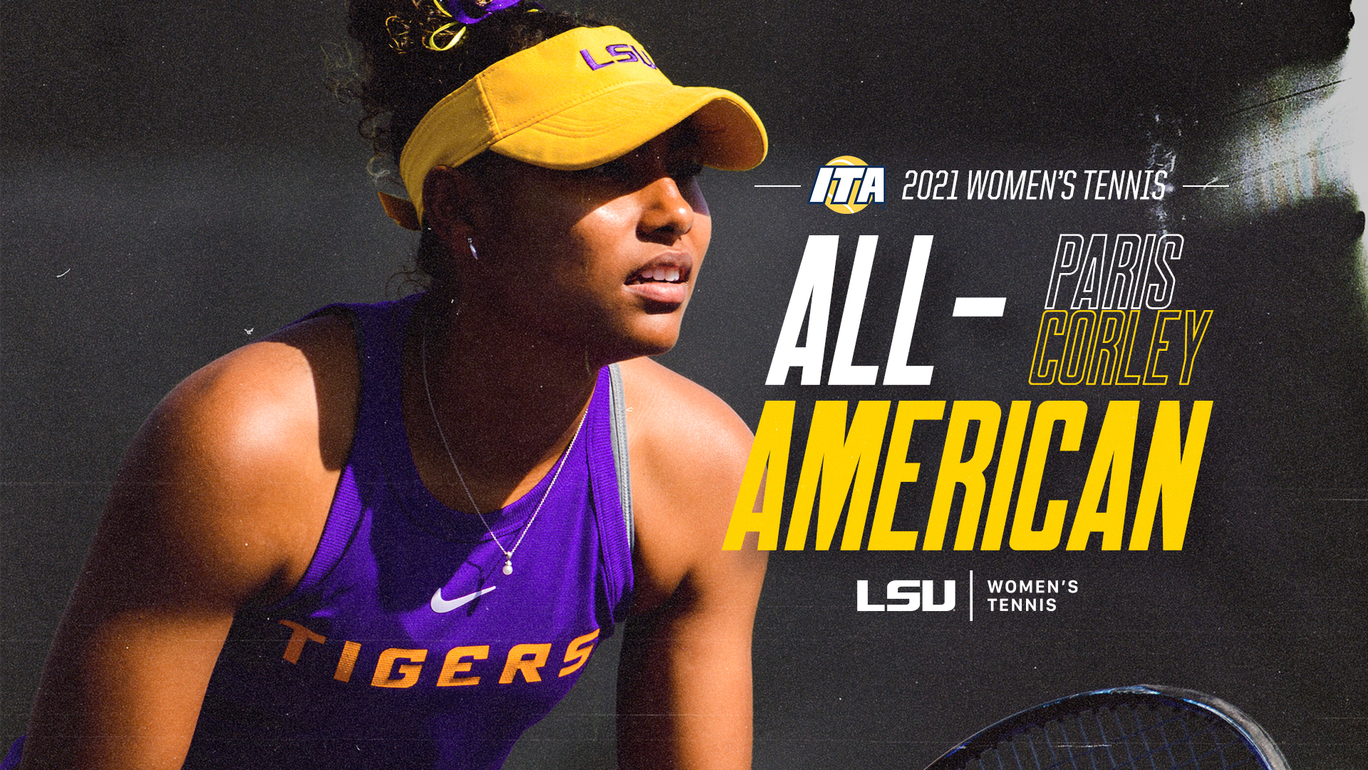 “We can’t be prouder of Paris ending her time here with this honor,” co-head coach Michael Sell said. “Ending your career as an All-American is a testament to just how much she’s developed as a player and is fully deserved for the constant professional attitude she’s shown since she arrived on campus. We’re thrilled for an outstanding person like her to join the illustrious All-American club.”

Corley becomes the 13th All-American in program history and this marks the 20th time a Tiger has received an All-America recognition. Corley also continues the streak of consecutive All-Americans for LSU, with the Tigers having at least one representative in the last four seasons.

A leader on and off the court for LSU this season, Corley’s individual success played a large part in the success the Tigers had in the 2020-21 season. Corley finished the fall portion of the season with an 8-1 record before finishing the dual season with an 11-3 record playing primarily at the No. 3 spot for the Tigers.

Corley received an at-large berth in the 2021 NCAA Singles Tournament, where she opened with a first-round win over Ahmeir Kyle from Xavier in three sets, 6-2, (5)6-7, 6-3. Corley’s best win of her collegiate career came in the second round, where she came from behind against an undefeated opponent and fellow All-American in Iowa’s Alexa Noel to win in three sets, 1-6, 6-3, 7-5, to advance to the Round of 16.

In the Round of 16, Corley played dominant tennis against Auburn’s Selin Ovunc and won in straight sets, 6-4, 6-0, to move into the quarterfinal rounds. Corley’s quarterfinals appearance is only the fourth in program history, and first since 2007. The run came to an end in the quarterfinals, where No. 3 Emma Navarro defeated Corley by a score of 6-2, 6-1. Corley finished the season with a 22-5 record, enough to tie her career best wins in a season despite a reduced schedule.

“Coming into college, becoming an All-American was one of my goals,” Corley said. “To reach that milestone was so exciting and a great way to end my time in Purple & Gold.”