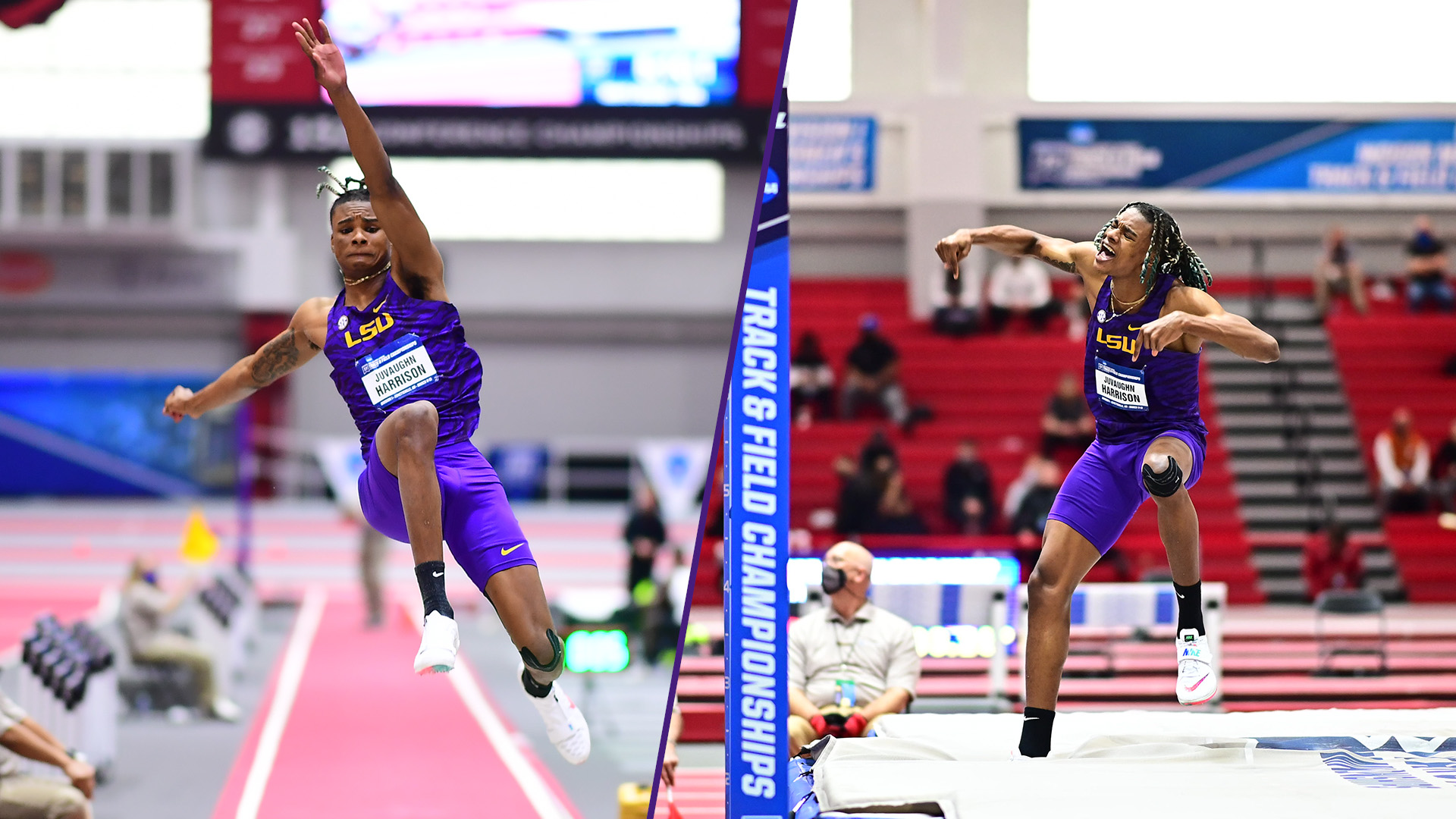 Fayetteville, Ark. –  This is what JuVaughn Harrison expected. Two national titles. Twenty team points for LSU. But the best high jump/long jump one-day combo in world history? That might have been a stretch, but nonetheless Harrison put on a performance to remember Friday at the Randal Tyson Track Center.

Let’s start first with the marks. A personal best clearance of 7′ 6.50″ (2.30 meters) in the high jump that earned him his third career national title. It matched Tom Lange’s LSU school record that was set in 1992 and it ranks as the sixth best in the world this year. He then proceeded to head over to the long jump and throw down a huge personal best of 27′ 8.75″ (8.45 meters) to win the long jump national title.

It made him the first man in NCAA indoors history to ever sweep the high jump and long jump national titles at the same meet. Sound familiar? Well, because it should. Harrison accomplished the same feat at the 2019 NCAA Outdoor Championships in Austin, Texas, with wins in the high jump and long jump; albeit that performance was over a span of 48 hours and this one happened in a span of three hours.

Now let’s get to some of the record breaking stats. First and probably most impressive – today’s performance made him the most prolific one-day high jump/long jump performer in world history. Nobody in world history has ever jumped over 2.30 meters (7′ 6.50″) or higher in the high jump AND jumped longer than 8.45meters (27′ 8.75″) in the long jump, and Harrison did it in one day.

The long jump made him the eighth best performer in world history, third best performer in American history and the third best performer in collegiate history. It’s the longest jump indoors by an American since Miguel Pate leaped out to a mark of 28′ 2.25″ (8.59 meters) all the way back in 2002. The winning leap of 27′ 8.75″ (8.45 meters) is also a Randal Tyson Track Center facility record and the longest jump in the world since March of 2018 when Juan Miguel Echevarria went 8.46 meters (27′ 9.25″). All the facts referred to in this paragraph are indoor track and field only.