No. 3 Gymnastics Opens Season Against Arkansas 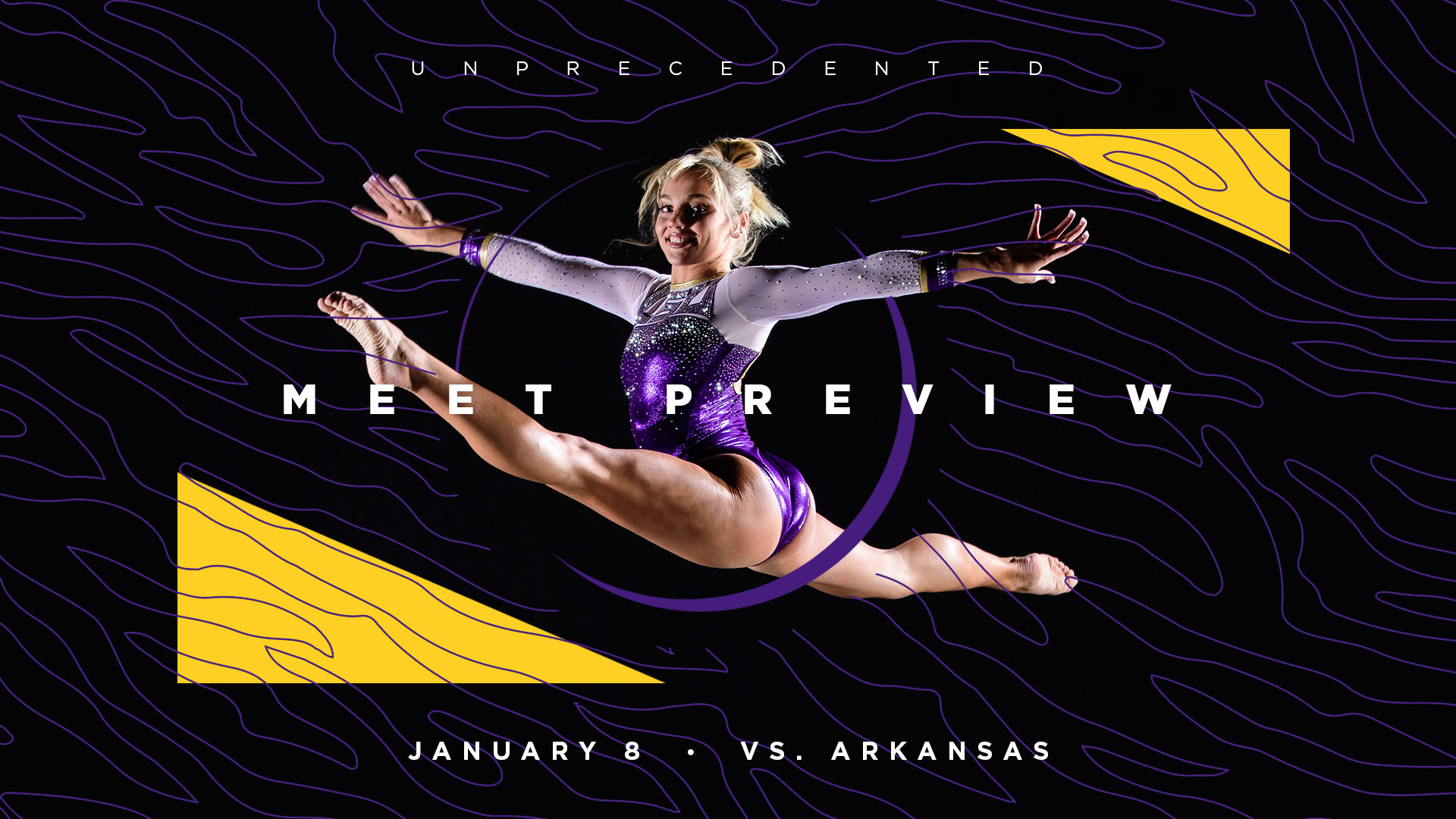 BATON ROUGE – No. 3 LSU Gymnastics will open the 2021 season and the 47th season in program history under first-year head coach Jay Clark against No. 15 Arkansas on Friday inside the Pete Maravich Assembly Center.

The season opener kicks off an eight meet SEC schedule. Introductions for the meet will begin at 7:15 p.m. CT with first vault on the SEC Network at 7:35 p.m. John Roethlisberger and Alicia Sacramone Quinn will be calling the meet from home. Doors open at 6:16 p.m.

The PMAC will look and feel different this season with numerous changes to the gameday policies. Fans will be required to wear face masks and there will be up to 25 percent capacity in the PMAC with fans physically distanced. A comprehensive and updated list of COVID-19 related changes can be found here.

Clark Previews the Season
“It’s been a rollercoaster ride to get to this point, but I am proud of our team and everything they have done to get here,” Clark said. “We are excited to get in the PMAC on Friday night in front of 2,000-plus of our best friends. It will be different but this team is ready and prepared to start this season.”

All-SEC Schedule for 2021
The 2021 schedule will be unique and one of the most difficult in the nation with just eight meets against SEC teams. It will be compromised of eight meets per school over 10 weeks, with the regular season concluding with the SEC Gymnastics Championships on March 20. The schedule will include two open dates for all schools in Week 5 and Week 10 to allow for rescheduling of postponed events.

Reigning SEC Freshman of the Year Returns
Sophomore Kiya Johnson, the reigning SEC Freshman of the Year, was on pace to set numerous LSU records before the season cut short a year ago. Johnson earned All-America honors on vault, floor and in the all-around after finishing fourth, sixth and second respectively in the final national rankings. Johnson scored career highs of 10 on vault and beam, 9.975 on floor, 9.90 on bars and 39.75 in the all-around during her debut season.

Seniors Return Ten Routines to 2021
The senior class of Reagan Campbell, Bridget Dean, Christina Desiderio, Sami Durante, Sarah Edwards and Olivia Gunter provide a wealth of experience and routines for the Tigers in their fourth year.

Campbell and Desiderio are beam and floor specialists who have earned All-America honors before. Dean is a three-event specialist with experience at NCAA Championships. Durante is the Tigers’ anchor on beam and has delivered crucial performances on beam in the last two seasons. Edwards was sidelined for a majority of 2020 with an injury but returns to the team with her high energy floor routine and 10.0 vault. Gunter rounds out the class with a strong floor routine and crucial energy for the team.

Freshman Class Brings Big Routines
LSU’s freshman class of Elena Arenas, Sierra Ballard, Chase Brock, Haleigh Bryant and Olivia Dunne are poised to bring big performances and will be relied on heavily. Arenas, Bryant and Dunne headline as all-around performers and all three should make their debuts on Friday night. Brock and Ballard train as two and three-event specialists and will assuredly see the floor in 2021.

Look Out for Shchennikova
After competing on bars in her debut season after recovering from an Achilles injury, Alyona Shchennikova is expected to make a large impact in three events and eventually the all-around. Shchennikova was a two-time member of the U.S. National Team and competed in nine meets during her freshman season.