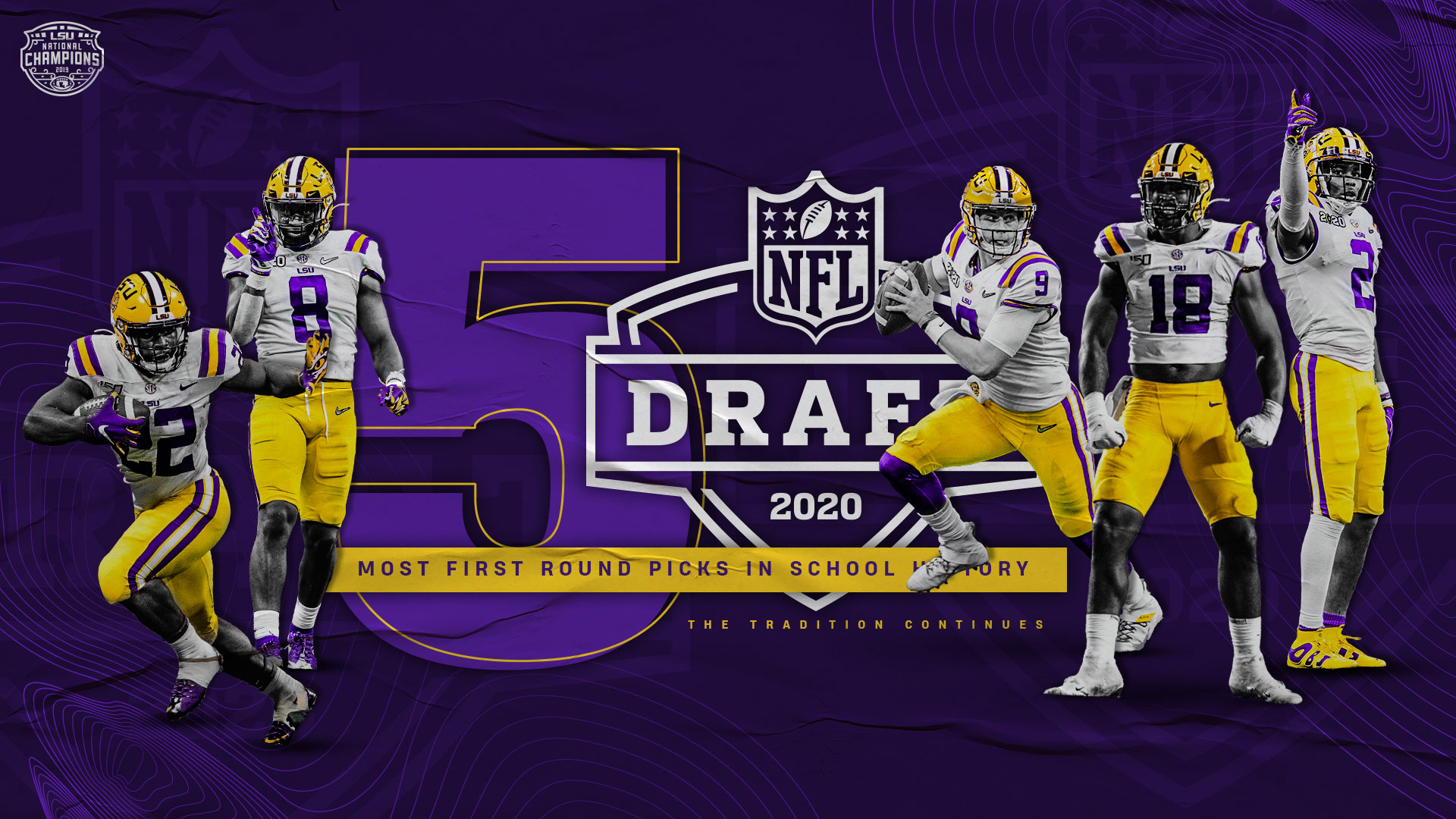 BATON ROUGE – Led by Heisman Trophy quarterback Joe Burrow going No. 1 overall to the Cincinnati Bengals, LSU set the school record for the most first round draft picks in school history with five picked on Thursday night during the opening round of the NFL Draft.

With five players taken in the opening round, LSU ran its all-time total to 47 first round picks. Since taking over the Tigers in 2016, national coach of the year Ed Orgeron has seen nine of his players picked in the first round.

The five first round picks beat out the previous LSU mark of four set in 2007 when quarterback JaMarcus Russell, safety LaRon Landry, and wide receivers Dwayne Bowe and Craig Davis were all picked in the first round. 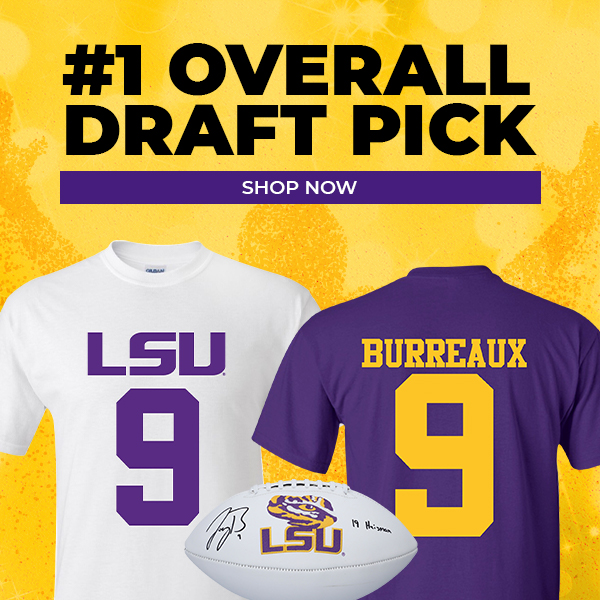 Burrow became the third LSU Tiger selected No. 1 overall in the NFL Draft, joining running back Billy Cannon in 1960 by the Los Angeles Rams and Russell in 2007, who was picked by the Oakland Raiders.

Burrow is the 20th player in SEC history to be selected No. 1 overall and the first for the league since Myles Garrett (Texas A&M) in 2017.

Burrow joined Cannon as LSU’s second Heisman Trophy winner in December. He led LSU to a 15-0 overall mark and the 2019 national championship as a senior. Burrow becomes the first Tiger drafted by the Bengals since running back Jeremy Hill was taken in the second round in 2014. The Bengals selected former Tiger running back Charles Alexander in the first round in 1979.

Burrow, the most decorated player in LSU history, set numerous records on his way to leading the Tigers to the most dominant season in college football history. Burrow set the NCAA single-season record for passing TDs in a season (60) and TDs accounted for (65)

As a senior, Burrow broke nearly every passing record in school history, completing 402-of-527 passes for 5,671 yards and 60 touchdowns. His 76.3 completion percentage in 2019 ranks No. 2 in NCAA history.

Burrow directed an LSU offense that led the nation with 48.4 points per game and 568.4 total yards a contest. LSU became the first team in NCAA history to feature a 5,000-yard passer, two 1,000-yard receivers and a 1,000-yard rusher.

Chaisson led LSU in both tackles for loss (13.5) and sacks (6.5), while Queen ranked third on the team in tackles (85) and second in tackles for loss (12.0). Chaisson earned defensive MVP honors in LSU’s win over Oklahoma in the national semifinals, while Queen was defensive MVP of the Tigers’ national championship win over Clemson. Queen is the first LSU player to ever be picked by the Baltimore Ravens in the NFL Draft.

Jefferson set the LSU record for receptions in a season with 111. His 18 receiving TDs ranks No. 2 in LSU history, while his 1,540 receiving yards is the third-most in school history. Jefferson, who is the younger brother of two former LSU starters in quarterback Jordan Jefferson and defensive back Rickey Jefferson, set CFP records with 14 receptions for 227 yards and four TDs in the 63-28 win over Oklahoma.

Burrow, Jefferson and Edwards-Helaire were part of an LSU offense that became the first in NCAA history to feature a 5,000-yard passer, two 1,000-yard receivers and a 1,000-yard rusher.