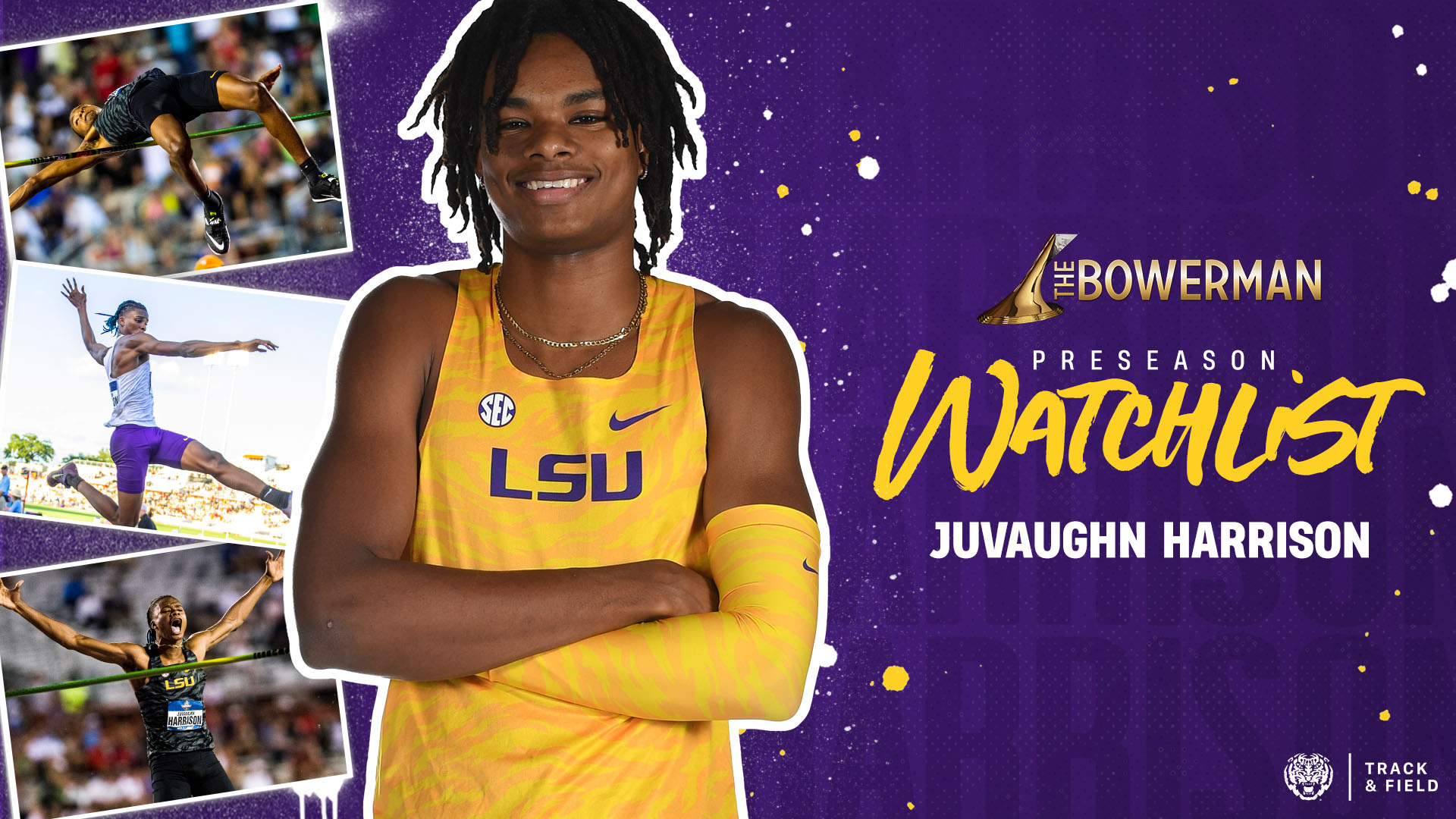 Baton Rouge, La. – JuVaughn Harrison, a junior on the LSU men’s track and field team, was named to the preseason list for The Bowerman on Tuesday afternoon; it’s collegiate track and field’s highest honor awarded on an annual basis every December.

The watch list that was released today features 10 male student-athletes from around the country. For Harrison, it’s his first appearance on the watch list during the collegiate track and field season. He was named a 2019 semifinalist after the outdoor season concluded last summer, one of ten men to be a semifinalist for the most prestigious award in collegiate track and field.

Harrison’s outdoor season in 2019 as a sophomore was immaculate and loaded with accolades. At the NCAA outdoor meet, he became the first man in NCAA history outdoors to sweep high jump and long jump national titles at the NCAA Championships. His 20 points accumulated at the NCAA Championships helped LSU to a seventh-place team finish, and he was named the 2019 USTFCCCA Outdoor Field Athlete of the Year for his efforts.

He swept the indoor/outdoor high jump titles as the SEC Championships while setting personal bests in the high jump (2.28 meters/7′ 5.75″) and long jump (8.20 meters/26′ 11″) during his sophomore campaign.

It’s Harrison’s first appearance on the watch list during the season and he becomes the sixth LSU male to be recognized by The Bowerman committee. Mondo Duplantis (8 appearances), Walter Henning (7 appearances), Nethaneel Mitchell-Blake (2 appearances), and Trindon Holliday (1 appearance) are the other four Tigers that have been recognized on the men’s side. Vernon Norwood technically had no in-season watch list appearances for The Bowerman, but he was one of 10 semifinalists at the end of the 2015 season.

The Bowerman will release seven watch lists throughout the 2020 collegiate track and field season before semifinalists are announced in June following the NCAA Outdoor Championships. The full list of women’s and men’s athletes on The Bowerman Preseason Watch List can be found at ustfccca.org.