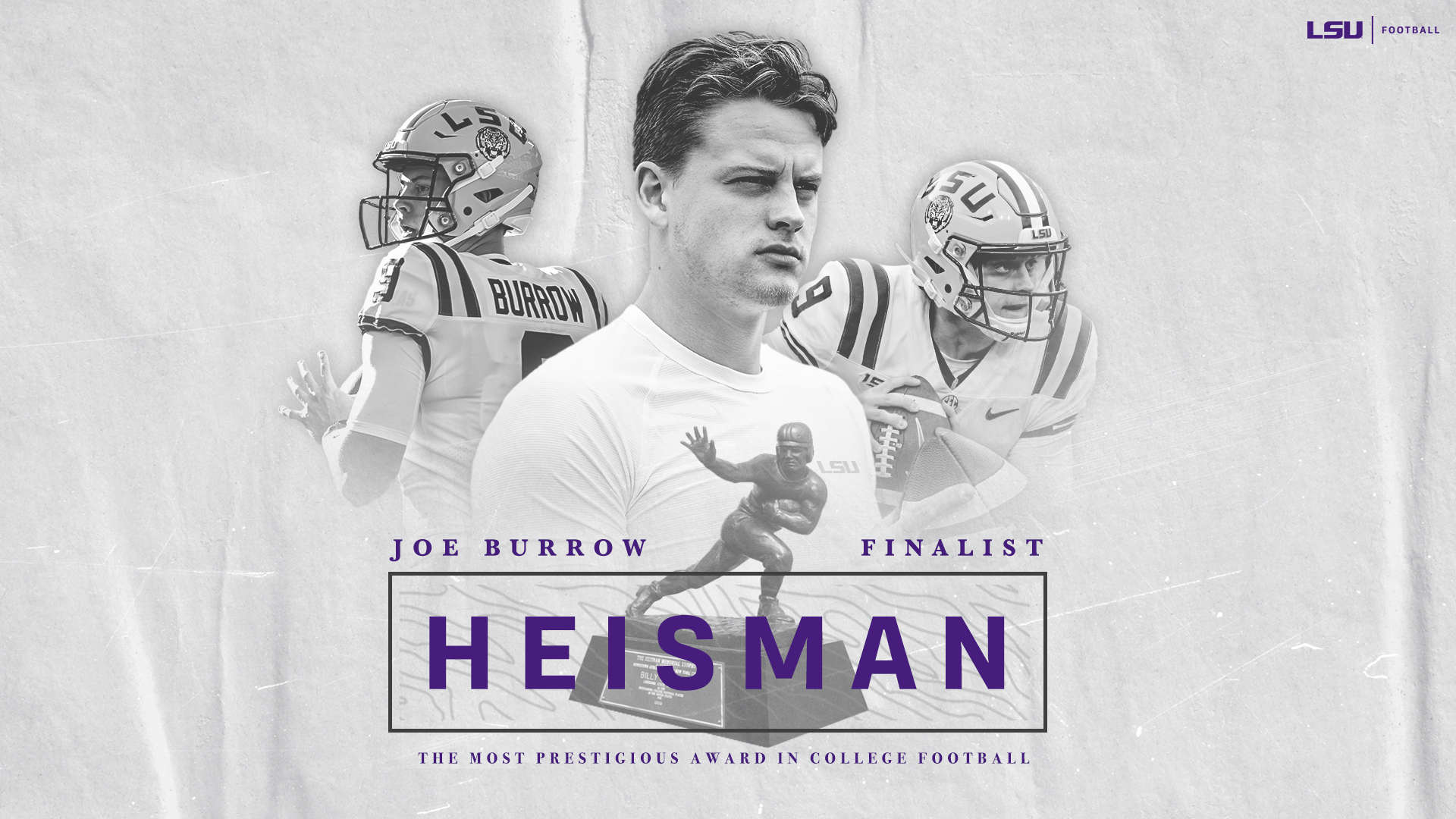 The winner of the 85th Heisman Memorial Trophy will be announced on Saturday, Dec. 14 at 7 p.m. CT on ESPN. Burrow, along with the other finalists, will travel to New York City later this week where the winner will be announced during a ceremony from the PlayStation Theater in Times Square.

Burrow, a senior from Athens, Ohio, is looking to become LSU’s second winner of the coveted Heisman Trophy. The late Billy Cannon is LSU’s only other Heisman Trophy winner, claiming the trophy in 1959. Cannon finished third in the Heisman balloting in 1958. Outside of Cannon, former halfback Jerry Stovall is LSU’s other highest Heisman Trophy finisher, placing second for the award in 1962.

Bert Jones’ fourth place finish in 1972 ranks as the highest an LSU quarterback has ever finished in the Heisman Trophy balloting.

Burrow becomes LSU’s second “Heisman finalist” since the organization began recognizing finalists for the award in 1982. Prior to 1982, only the winner of the Heisman Trophy was invited to New York for the award ceremony. LSU’s last Heisman Trophy finalist was defensive back Tyrann Mathieu in 2011.

In 13 games, Burrow has directed an LSU offense that scored a school-record 621 points as the Tigers averaged 47.8 points a contest. The Tigers also scored 50 or more points a school-record six times in 2019 and LSU scored 40 points or more a record 10 times.

Burrow and the Tigers are currently ranked No. 1 in every major poll, including the top spot in the College Football Playoff Rankings. LSU, winners of 14 straight games, will bring its 13-0 record into the CFP National Semifinal contest against No. 4 Oklahoma in the Chick-fil-A Bowl in Atlanta on Dec. 28.

Burrow set the LSU single-game mark for passing touchdowns with six in the 66-38 win over Vanderbilt on Sept. 21. He’s also thrown five touchdowns in a game three times in 2019 – vs. Georgia Southern, vs. Utah State and vs. Ole Miss.

Burrow holds the second and third highest passing yards games in LSU history, tossing for 471 yards and four TDs in a win over Texas during the second week of the season and 489 yards and five scores in the 58-37 win over Ole Miss in November.

Dating back to last year, Burrow has completed at least 20 passes in 16 consecutive games, also the longest streak of its kind in LSU history.

For his career, the two-year starter has guided the Tigers to a 23-3 mark with nine of his wins coming against Top 10 opponents. The nine Top 10 wins for Burrow are the most by any quarterback in school history.