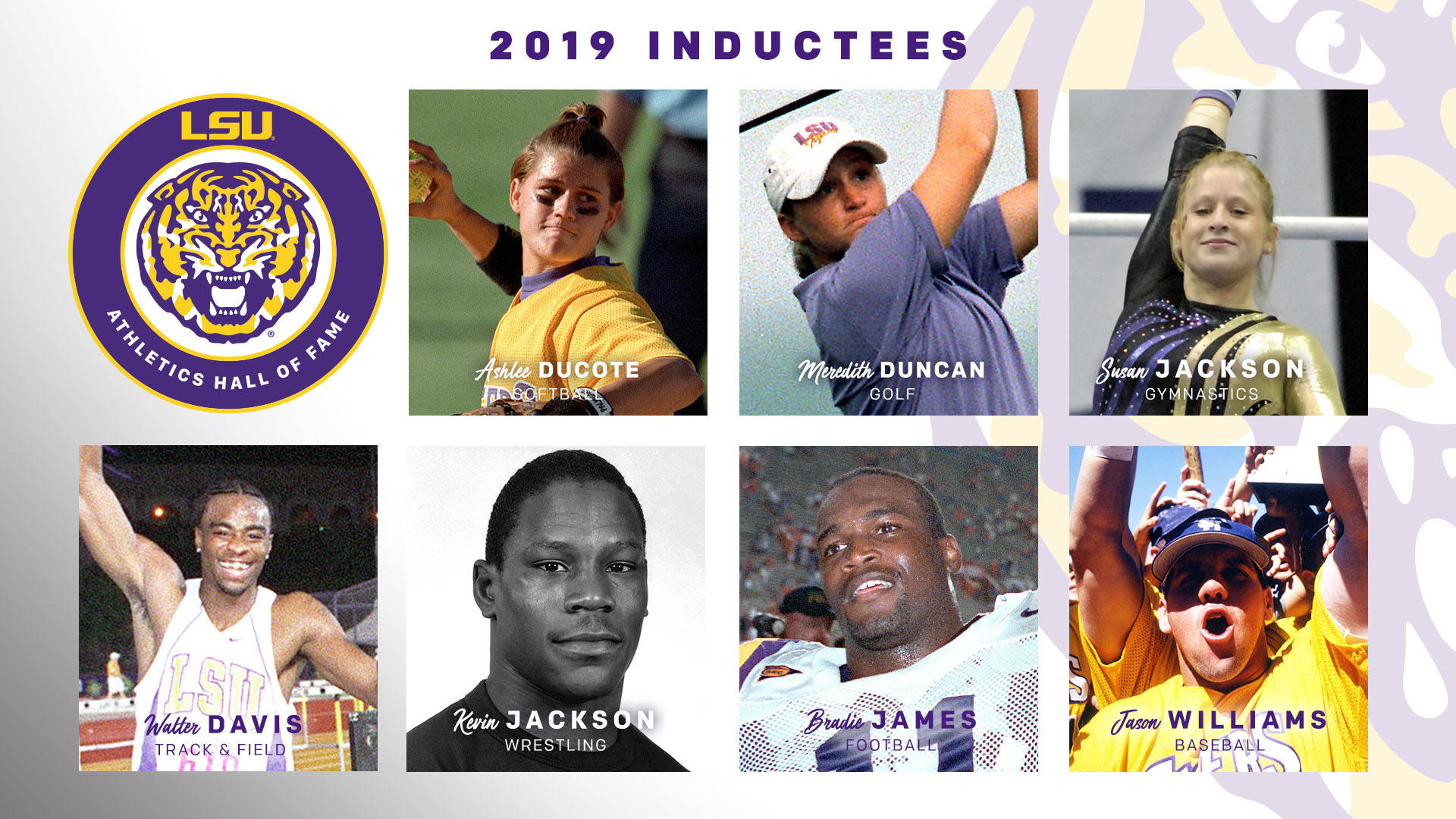 BATON ROUGE, La. — Seven former student-athletes will be inducted into the LSU Athletics Hall of Fame on Friday, October 11, at the Louisiana State Museum in downtown Baton Rouge.

Tickets for the event are available for $50 each, and they may be purchased at https://www.tickettailor.com/events/tigerboosterclubevents/298733#.

Doors will be open at 6 p.m. CT to the museum, located at 660 N. Fourth Street. The induction ceremony will begin at 6:30 p.m. CT, with a reception scheduled afterward. Attire is business/cocktail.

Free parking is available on Fourth Street, Fifth Street, Spanish Town Road and in the Capitol Garden Lot that runs adjacent to Fifth Street. Valet parking will be available in front of the museum on Fourth street.

“There is no greater honor for a former student-athlete at LSU than to be selected to this venerable hall of fame,” LSU Director of Athletics Scott Woodward said. “It’s a very difficult hall of fame in which to be inducted. Those in the hall represent the very best of LSU Athletics as students, as athletes and as all-around contributors to this university and its great history. We are so proud to welcome this new class.”