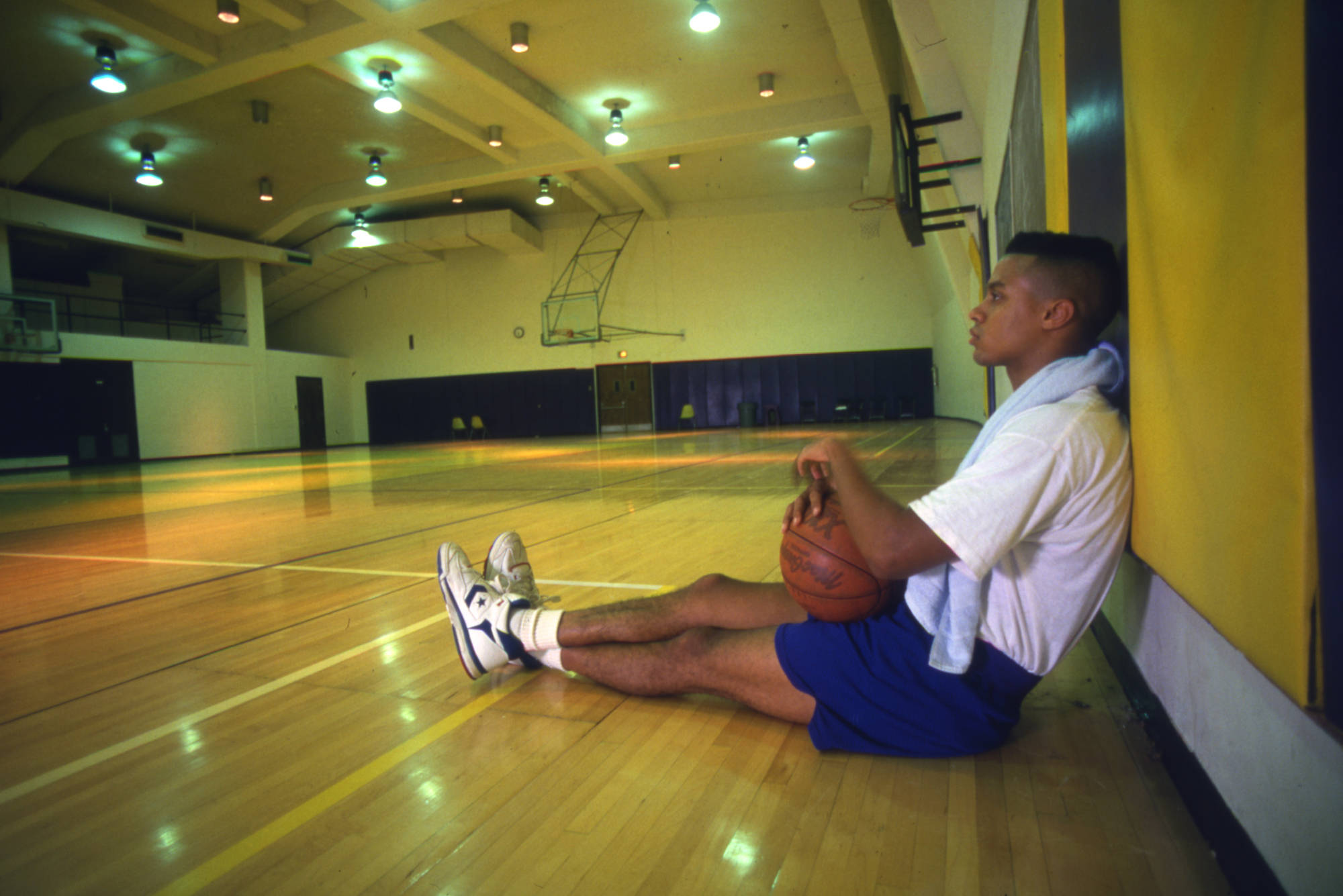 I was watching the Big 3 league this past weekend and I watched this small guy with a beard pull a ball fake and then bury a long three, and the CBS announcer needed to just say one word: “Mahmoud!”

That was followed by: “Kids, Google Chris Jackson.”

There is a whole generation who didn’t get to see what I saw back in 1988-90 when then Chris Jackson, now Mahmoud Abdul-Rauf, made the Southeastern Conference arenas his playground. He, with the help of Ricky Blanton and Vernel Singleton among others, helped turn a 1988-89 team that was destined for failure by the media after several players had to sit out because of an old rule called Prop 48 (again, Google it), into an NCAA Tournament team.

Abdul-Rauf will have his jersey retired this coming basketball season, and I’m proud to say his will be the third I’ve been privileged to have been here for. I covered Rudy Macklin for the Shreveport Times when I was in grad school and was the LSU basketball media relations contact when both Abdul-Rauf and Shaquille O’Neal came through here.

In fact, Abdul-Rauf’s two years were my first two years working in the athletic department. Not a bad way to start a career. Now this guy was already a Mississippi legend when he came to Baton Rouge, and everyone knew he had talent. But did we know what we were about to see?

Mahmoud scored just 13 points in his first game, pedestrian numbers at best for what was to come. It was his third game that we began to see the Chris Jackson between-the-legs dribble and shoot move that would become his signature shot at LSU and one opponents knew was coming but never could seem to stop.

The whole state was watching against Louisiana Tech in his third game when he scored 48, and two games later came a nationally televised game against Florida in Gainesville. The first road test for a 2-2 Tiger team that was desperately searching for an identity.

Mahmoud played all 40 minutes, hit 16-of-29 shots, including 5-of-8 threes, and an amazing 16-of-17 free throws to total 53 points in a 111-101 win at the O’Connell Center. When Abdul-Rauf and his coach Dale Brown came over to the ESPN table, the Florida students applauded what was and still is the arena scoring record.

Things suddenly changed. LSU had shown it could compete in the SEC, and nationally, the story of a guy named Jackson was exploding. Sports Illustrated covers were coming. New York Times writers were on their way. Big scoring games were still ahead. My head was swimming, and the coolest guy in the place was the player.

Mahmoud has battled a condition called Tourette syndrome all his life, and its degrees of issues have certainly been controlled with medication. It is a disorder that involves repetitive movements or unwanted sounds (tics) that can’t be easily controlled. But what it seemed to do was make Abdul-Rauf extremely focused during games and practice.

He would continue to shoot free throws one after another until it was just the way he wanted them or he had made so many in a row. He practiced that cross-over move until it was second nature. He made 191-of-210 free throws his second year, an LSU record 91.0 FT percentage that still stands.

Fans didn’t understand and around the league they made fun of his tics and Tourette’s and the media didn’t quite know what to think when he would blink at the bright lights of the cameras back then. They didn’t get it, and if he was slightly off they would try to make the Tourette’s something bigger than it needed to be.

Mahmoud would just come home, get back in the gym and work harder on his game. He wasn’t a party guy. Most football game nights you could probably find him in the solitude of the dungeon of the PMAC, working on his game.

I’ve been asked about some of the famous games of my 31 years at LSU and one that always comes up is a game surprisingly few people saw – the freshman year March 1989 regular season finale at Oxford on a stormy night against Ole Miss. Don’t Google it, YouTube it.

LSU lost the game in overtime, 113-112, but it was the play of Mahmoud and Ole Miss’ Gerald Glass that made the headlines. Glass scored 53 points, but Abdul-Rauf scored 55, including a four-point play with 17 seconds left that tied the game and forced the overtime. Mahmoud hit 19-of-36 shots, including nine treys.

The four 50-point games (two already documented) were not against cheap competition. The other two came against Texas and Tennessee.

While he never would have averaged what Pete Maravich did, who is to say that with a three-point shot that he might have threatened Maravich’s record of total points in four years? Granted different eras, different rules, different eligibilities, but it is something that will always be considered.

But after two years, his future was ahead of him. He had to try his NBA luck, and he was the third overall pick of the Denver Nuggets. And today at age 50, he’s still balling in the BIG 3 and doing what he’s always done. Shoot and score.

Who knew my career at LSU Athletics would have such a legendary player batting leadoff? Or in this case, dribbling up the court first. Funny thing. The moments have just kept on coming here for LSU Basketball, and I hope they keep on coming for a few more years. Maybe we will find someone else that deserves a banner before it’s over.

Congratulations Mahmoud. A star and an LSU Basketball Legend, playing in Pete’s palace doing what Pete loved to do. Shoot and score.