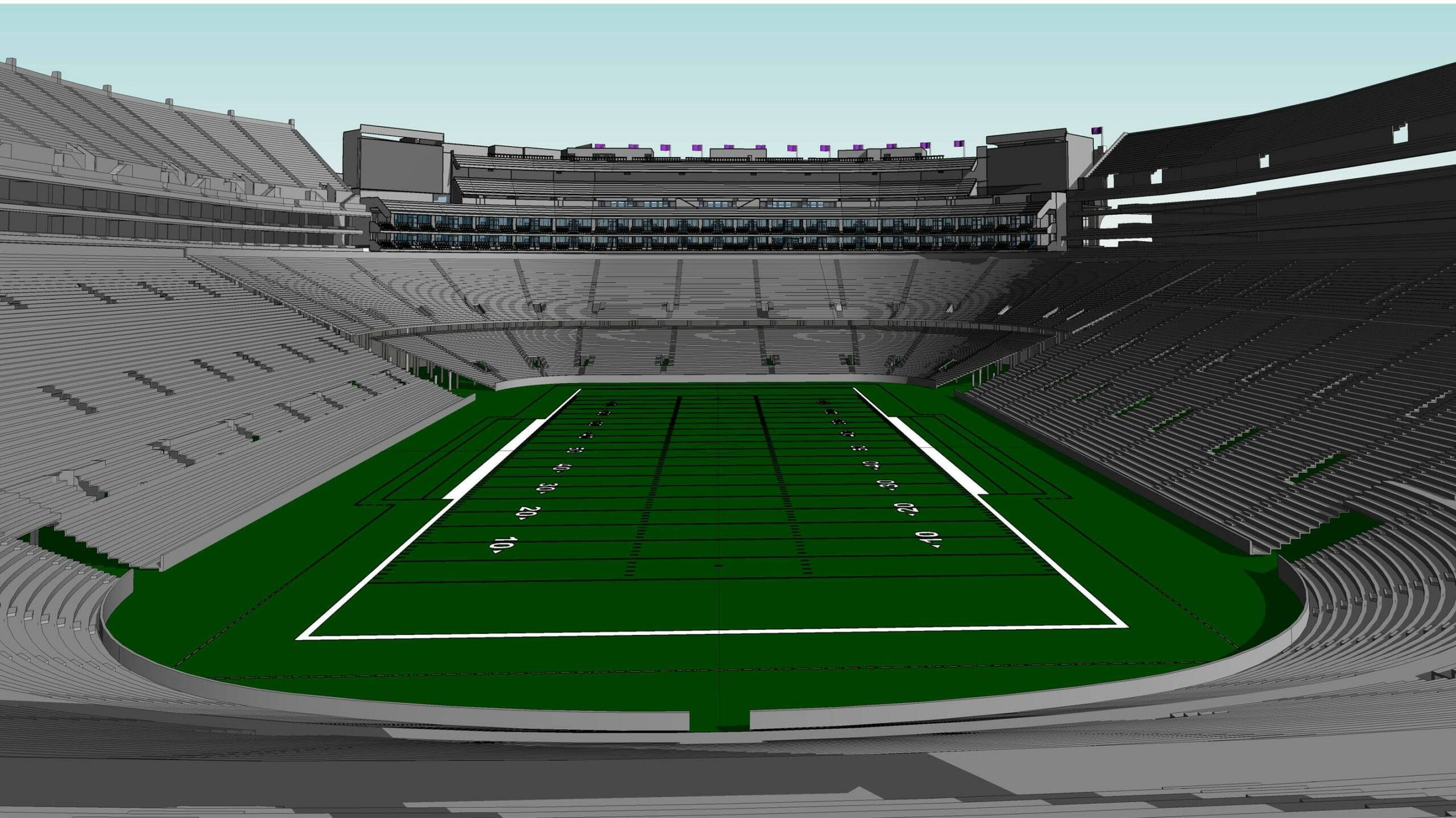 BATON ROUGE – A proposal to expand Tiger Stadium will be presented to the LSU Board of Supervisors at its next meeting on April 27, it was announced Wednesday by Joe Alleva, Vice Chancellor and Director of Athletics.

The project will be entirely privately funded by the Tiger Athletic Foundation in a similar manner that was used to expand the east side of Tiger Stadium in 2000 and renovate the west side of the stadium in 2005.  The TAF will seek a $100 million bond issue to fund the south end zone expansion and to begin to address facility needs for non-revenue sports.

“It is important to always have an eye on the future and this investment in our facilities is critical for the future of LSU Athletics,” Alleva said.  “When things are going well, you can move forward or you can fall behind.  We are choosing to advance the athletics program so that it can remain a viable and successful part of the mission of our university.”

In addition to the Tiger Stadium expansion, the proposed project will help fund a new tennis facility and a new gymnastics practice facility, which in turn will make room for locker rooms for the track and field teams in the Carl Maddox Field House.

If approved by the Board of Supervisors, construction on the stadium expansion will begin this fall with completion scheduled for the summer of 2014.  The south end zone video board that currently sits atop the south bowl of the stadium will be removed prior to the 2013 season and will be replaced with two video boards in the southwest and southeast corners of the stadium when the expansion opens for the 2014 football season.

The expansion will bring the capacity of Tiger Stadium to near or above 100,000.

The LSU Athletic Department is a self-sufficient auxiliary of LSU.  LSU Athletics generates all of its own revenue and uses no state tax dollars and no mandatory student fees to operate.  LSU Athletics is funded through ticket sales, donations associated with tickets, concessions, merchandise sales, radio and TV revenue, corporate sponsorships, SEC revenue distribution and private funding through the TAF.