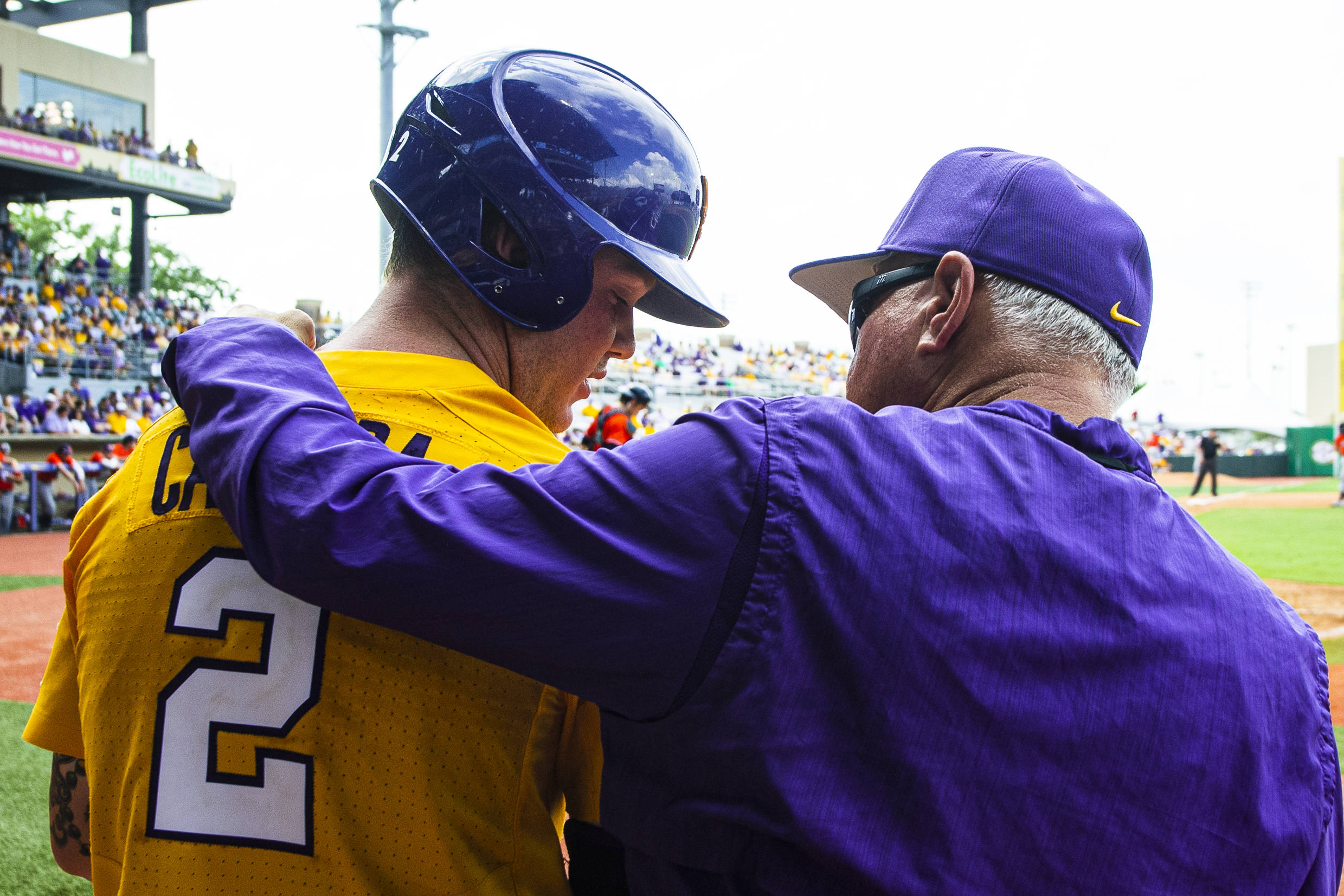 Note: This is part three in a three-part series looking ahead to the 2020 LSU Baseball season, after Paul Mainieri met with local media in his office on June 13. Read part one on the pitching staff here and part two on the infield here.

Replacing the all-time hits leader and a three-year starter in centerfield is a big task to tackle in a single offseason.

This is LSU, though, and there is always talent waiting in the wings when it comes to elite outfielders.

After four years and a school-record 359 hits from right fielder Antoine Duplantis – plus three years, 215 hits, 23 homers, and gold glove performances from Zach Watson in center, Paul Mainieri has plenty of production departing from the 2019 squad.

Chief among those is junior Daniel Cabrera, whom Mainieri is set to move to right field from left after an excellent defensive campaign as a sophomore.

At the plate, things were more inconsistent for Cabrera, who sets an even higher standard for himself than his coach does. His .284 average, 12 homers, and 50 RBI are numbers “most kids in the country would die for,” according to Mainieri.

“Daniel and I are very much in agreement that his season was okay, but not great, not what we expected. He’s determined to do better next year,” Mainieri says.

Cabrera will spend the summer in Cape Cod, after playing for the USA National Team under Mainieri last season. The goal over the coming weeks is to get 150 to 200 at-bats against quality pitching and restore some confidence that Cabrera lost during a midseason slump, induced partially by a thumb injury.

“I think he’s fully recovered, but I think the thumb affected him,” Mainieri said. “And when it affects you and you’re not having the success you’re used to having, I think it affects your confidence.”

During their exit interview last week, both player and coach agreed that Cabrera needed to elevate his game next season at the plate. His 12 homers led the team, but he knows he has more in the tank.

“He’s very objective about himself, very rational about things,” Mainieri said. “He knows he needs to be better next year. He wasn’t terrible this year. Look at his numbers.

Who partners Cabrera in the outfield is up for grabs. A likely candidate is Giovanni DiGiacomo, who hit .275 in 53 games as a freshman and was penciled in as an every day starter before both Duplantis and Watson surprised Mainieri with their returns to school for the 2019 season.

DiGiacomo will join Cabrera in Cape Cod this summer and could get a look in centerfield or left field for the Tigers next season.

Perhaps the most talented player coming in for LSU is two-sport star Maurice Hampton, Jr.. The four-star safety who signed to play football for the Tigers next year. The Arlington, Tenn. native was a four-star safety from Memphis University High School, and he turned down a $1.8 million signing bonus as a first-round draft prospects from Major League clubs to attend LSU.

The plan for Hampton is “very established,” Mainieri said: excel in football in the fall to set himself up for baseball in the spring.

The NCAA limits athletes to 20 hours of practice per week, no matter how many sports they play, so Hampton won’t have time to participate in fall baseball practices. While he can get swings in the cages on his own on football’s off days, Mainieri is more concerned with Hampton getting ingrained in the football program before he pivots to baseball in the spring.

“The most important thing is to really establish themselves in the football program,” Mainieri said of football-baseball athletes, like Hampton or former College World Series MVP Jared Mitchell. “I mean that sincerely. If they pick up the system quickly from a cerebral standpoint, if they endear themselves to the coaches and play a lot, and they’re somebody the football coaches know they can count on, the coaches are much more willing to give them free time in the spring.”

Hampton could play anywhere in the outfield for LSU, but Mainieri said it’s too soon to tell. The spring will be Hampton’s chance to earn a spot, but only if and when he does the same on the gridiron this fall.

“He can’t establish himself with us this fall,” Mainieri said. “There’s not enough time for him to do that, and it’s football season. That’s the best thing he can do – become a real dude for them. Then I think the football staff will be more lenient with the time they give him for baseball in the spring.”