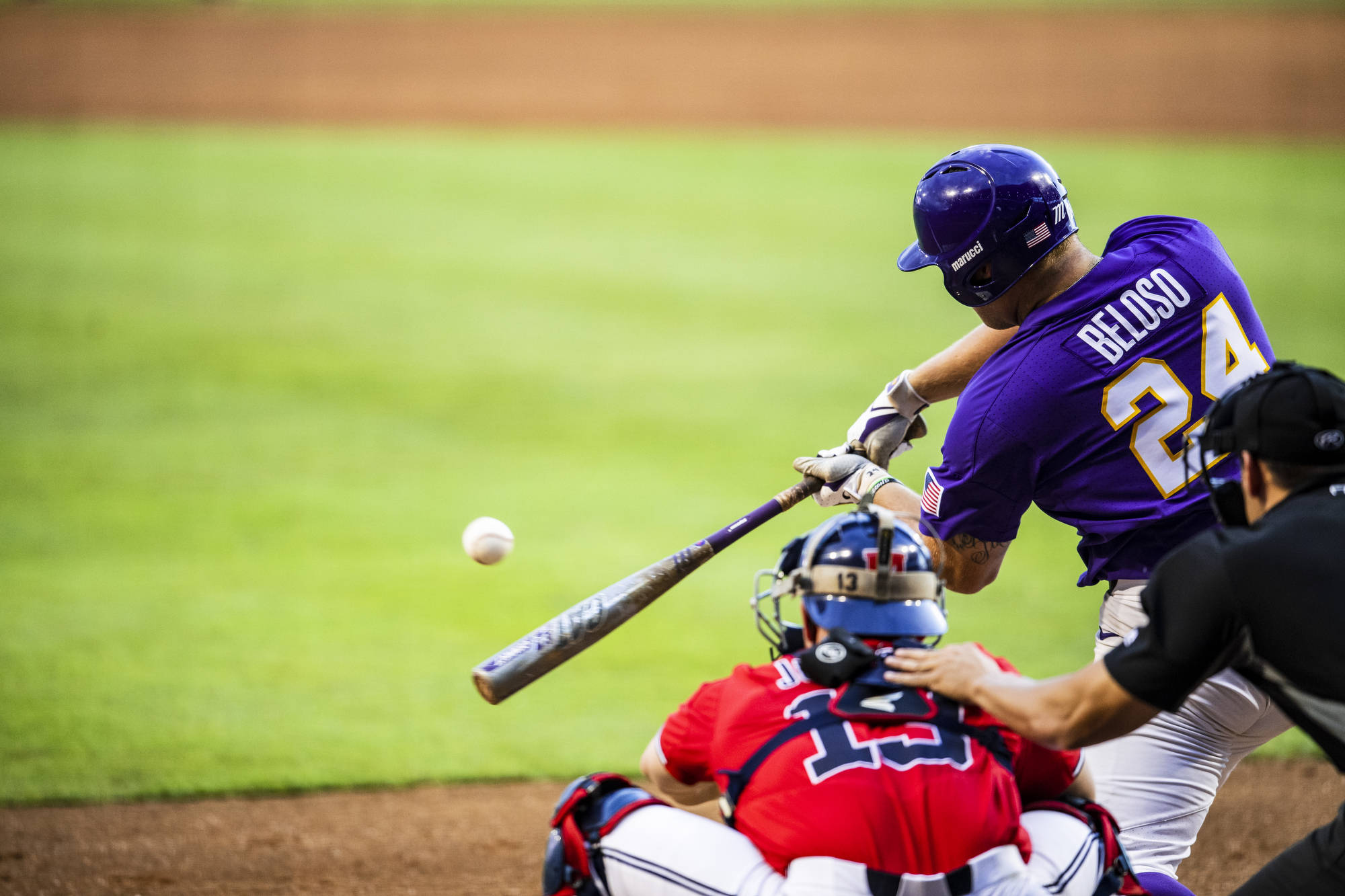 Note: This is part two in a three-part series looking ahead to the 2020 LSU Baseball season, after Paul Mainieri met with local media in his office on June 13. Read part one on the pitching staff here and part three on the outfield here.

Swing by Paul Mainieri or Nolan Cain‘s office over the coming weeks, and don’t be surprised if they’re empty.

It’s that time of year, the unusual window only college baseball seems to offer, thanks to the timing of the Major League Baseball draft, in which teams are filling roster spots raided by the pros. LSU’s luck with the draft waxes and wanes, but there is usually some work to do after June, and this year, that work is primarily with the infield.

Josh Smith is headed for the pros, as expected. Chris Reid is graduating, also, as expected. But some unforeseen selections from the Tigers’ high school crop and a slight adjustment in roster philosophy has Maineri and Cain on a nationwide search for more gloves in the dirt.

“Nolan Cain and I have been scouring the country for infielders to make up for what we lost in the draft, to build up some depth in the infield,” Mainieri said last week. “I think we’ll have some good luck there.”

That means, in addition to the players who signed with the Tigers already in a class that Perfect Game ranks second nationally, LSU needs to add some more bodies.

Ideally, Mainieri said, players who were backups on this year’s squad will emerge as starters for next year.

“That’s what you hope will happen, but at the same time, if someone comes in that’s better than somebody you have and it makes your team better, everyone’s going to get the same fair opportunity to prove they should have a position,” he said. “I can’t assure you the current players on our team that were backups this year will step forward and become everyday players next year. They’re going to have to earn it.”

Mainieri suggested that once he lands his full allotment of infielders – he expects, as usual, to hold his annual press conference in late July or early August to introduce the signing class in full before fall ball – he’ll likely line up all the potential shortstops at the position in the fall and let the best man win the job. He likened it to when Alex Bregman, Christian Ibarra, JaCoby Jones, and Casey Yocom all competed for the position in 2013, before Bregman won the job in the fall.

Among those he mentioned as up for the role at short: Hughes, signee and top-100 recruit Cade Doughty, and anyone LSU might sign in the summer. Mainieri said he’ll target several types of players, including former high major D1 signees who transferred to junior college after their freshman seasons and 2019 signees who signed with schools that fired their coaches and were eligible to be released from their National Letter of Intent.

One player Mainieri was asked about specifically was Gavin Dugas, who provided a spark for the Tigers upon returning from injury in late April and was hitting .444 in May, before going hitless the rest of the season.

Dugas is among several Tigers – including Hughes, Beloso, Garza, and Willis – who will play in the highly-competitive Cape Cod league this summer.

“I love Gavin,” Mainieri said. “I told him there’s not a player on our team that has a better attitude, that has more of a love for the game, a passion and obsession for the game. He’s the first guy at the field every day. He wants to learn. If that was all that mattered, there would be no question, he would be a starting player. But there’s things he has to improve upon, just like every other player. I tried to identify those things for him, so he has a chance this summer to work on those things.”

Mainieri was also asked about Willis, a former catcher who he now expects will be limited to left field or first base after shoulder surgery this year. The sweet-swinging lefty had some nice at-bats this spring, and Mainieri sees a lot of potential in his bat.

“CJ’s a wonderful young man,” he said. “Everybody loves him here. He’s a great teammate. I think if he can kick it into another gear, just his overall energy and enthusiasm for the game, I think he can fulfill his potential. And I think his potential is a really high level.

“You watch him in batting practice some days, it’s pretty awe inspiring. He just needs to be passionate and obsessed with the game and work at it and see that potential come to realization. I hope it does.”

Beloso looks to be a mainstay in the lineup, after a historic freshman season. He hit .279 in 62 games this season with 10 home runs, becoming just the fifth freshman in the last 25 years to hit double-digit homers. He also proved to be a clutch hitter, hitting .344 with an OPS of .900 with runners in scoring position.

Since 1992, here are the @LSUbaseball freshmen to reach double digit home runs.

One spot Mainieri doesn’t need to add bodies is behind the plate. Garza returns after hitting .303 as a sophomore, including a scorching .395 in his final 81 at-bats of the year.

Garza should be back, despite a late selection in the draft, to add to signees Hayden Travinski and Alex Milazzo. Mainieri called Travinski a player with “upper deck power” and Milazzo “as good a defensive catcher as you’ll find in the country.”

“I think the combination of Milazzo, Travinski, and Garza gives us a good corps of catchers,” he said.