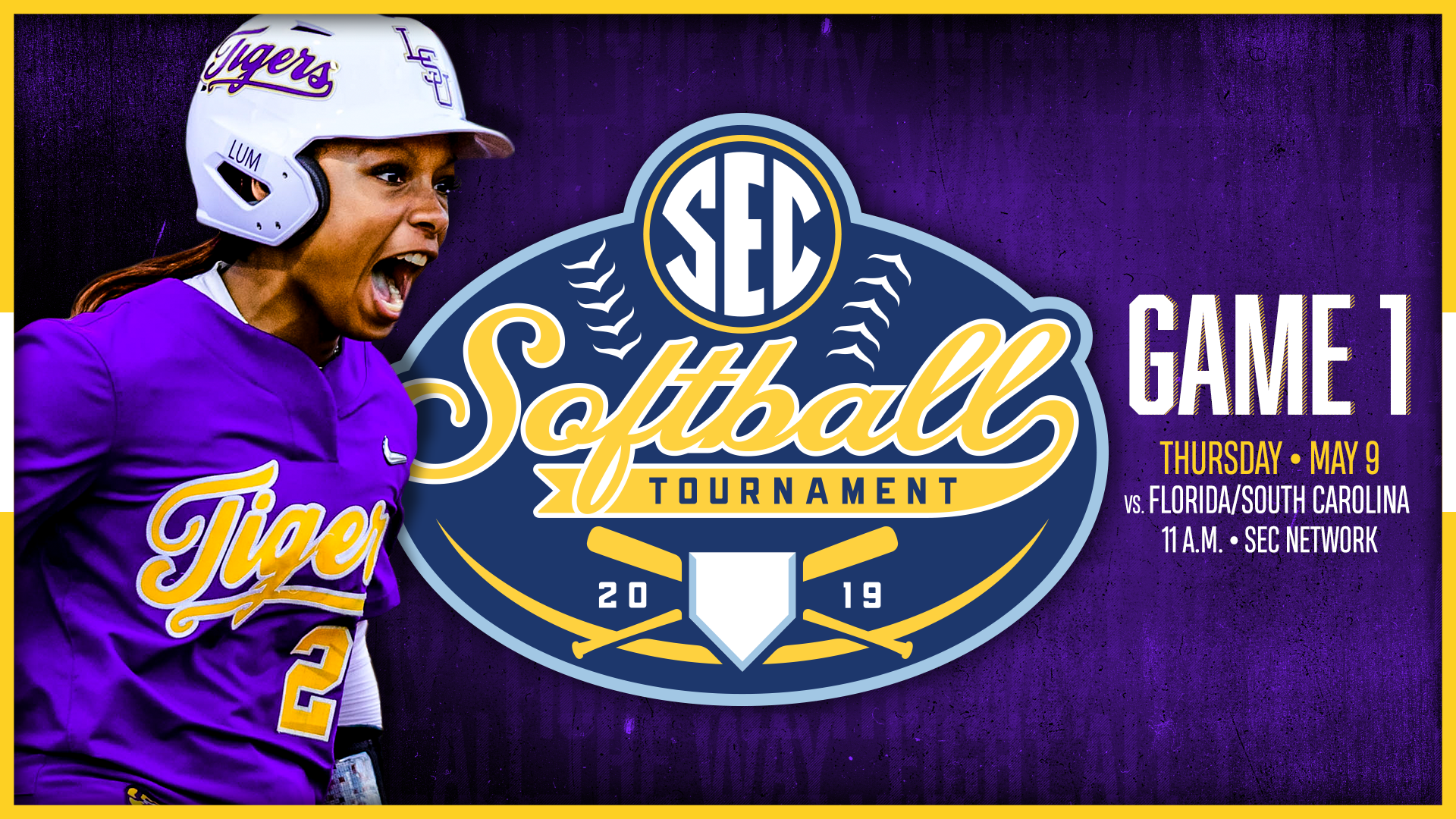 BATON ROUGE – The No. 10-ranked LSU softball team heads to College Station, Texas this week for the 2019 SEC Tournament, hosted by Texas A&M. The Tigers are set to face either Florida or South Carolina on Thursday at 11 a.m. CT.

The game will air live on SEC Network with Adam Amin and Amanda Scarborough on the call. Tiffany Greene will be the sideline reporter. The game will be available on the WatchESPN app.

TORINA’S THOUGHTS
“I think the SEC Tournament can really do a lot for you. I don’t think it really hurts you because we will face a strong opponent in every game we play so playing well there is only going to help us. We need to get our confidence back.

“This week is about making sure that the purple and gold is playing the best that we can. That is the most important thing is that we are at our best.”

Against the Gators, the Tigers own the all-time series record, 35-31. The Tigers won the series earlier this year in walk-off fashion on the Monday night game. Amanda Sanchez doubled to left center, scoring Aliyah Andrews from third to win, 3-2. The Tigers run-ruled the Gators in game two, 8-0 in six innings.

Against South Carolina, the Tigers are 48-17 all-time. They also defeated the Gamecocks two out of three earlier this year. Amanda Sanchez hit .714 against the Gamecocks with three home runs and eight RBI. She earned NFCA and SEC Player of the Week for that performance.

ABOUT THE TIGERS
LSU goes into the weekend with an overall record of 40-15. The Tigers are the No. 3 seed in the tournament after a three-way tie was broken for the 2-4 seeds in the tournament. The Tigers continue the lead the SEC in batting average at .317. Amanda Sanchez leads the squad with a .400 mark, while Shemiah Sanchez and Shelbi Sunseri have a combined 33 home runs on the season, 17 and 16 respectively.

As of late, Savannah Stewart has led the squad, hitting .409 in the last three weeks. After the Baylor series, she earned SEC Freshman of the week and led the Tigers again against Alabama, hitting .400 on the weekend.

In the circle, the staff has an overall earned run average of 2.53, tallying 17 shutouts on the year. Shelby Wickersham leads the squad with a 2.17 ERA. She is 10-2 with four shutouts and a total of 45 strikeouts. Sunseri is 12-7 with a 2.28 ERA. She leads the team with 75 strikeouts. Junior Maribeth Gorsuch is 11-3 on the year and lead the team in shutouts with six.

ABOUT FLORIDA
The Gators go into the conference tournament with a 40-15 overall record. They finished 12-12 in the SEC. The Gators are hitting .268 on the year with Amanda Lorenz leading the way with a league-leading .420 average. She owns 11 home runs and a .753 slugging percentage.

ABOUT SOUTH CAROLINA
The Gamecocks finished the regular season with a 36-16 record and was 9-14 in the league. They are hitting .305 on the year with Jana Johns leading the way with a .382 average. She leads the Gamecocks with 15 home runs and 48 runs scored. Kennedy Clark is right behind with a .381 average.

What’s On Deck
The tournament is a single elimination tournament. If the Tigers were to win, they would advance to the semifinal round and will play the winner between Tennessee and Auburn/Missouri at 3:30 p.m. Friday.