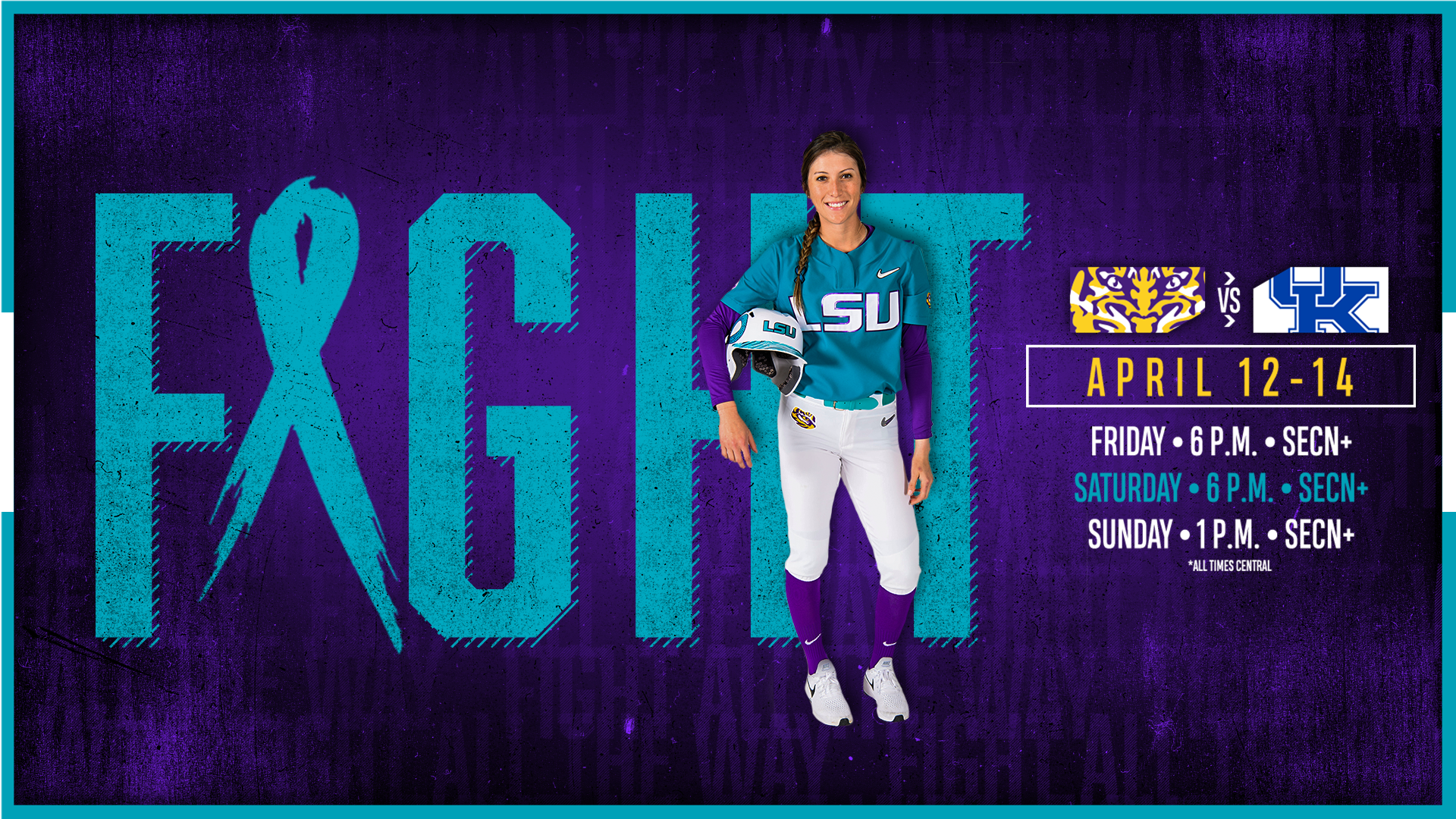 All three games will stream live on SEC Network+ and the WatchESPN app with Hall of Famers Lyn Rollins and Yvette Girouard on the call. Live stats will be available at LSU Stats.com and the game will air on 107.3 FM with Patrick Wright giving you the play-by-play.

In one of the biggest weekends of the year, LSU will don teal uniforms on Saturday and participate in the “Strikeout Ovarian Cancer” game, which raises awareness for ovarian and other GYN cancers. Earlier that day on Saturday morning the Tigers will participate in the seventh annual Geaux Teal Ovarian Cancer Walk that begins and ends at Tiger Park.

Sunday’s game will be “Bark in the Park”. All dogs are welcome in Tiger Park. Fans can bring their dogs and receive a $2 general admission ticket.

About the Tigers
LSU goes into the weekend on a three-game win streak after claiming their fifth-straight SEC series last weekend against Mississippi State and defeating McNeese St., 4-0, on Tuesday.

Amanda Sanchez is leading the squad and is second in the SEC with a.471 batting average. Aliyah Andrews is eighth in the league and second on the team with a .416 average. She leads the league in stolen bases with 39. The Tigers are hitting .338 on the year and are averaging 7.1 runs per game.

In the circle, the pitching staff owns a 2.25 earned run average, 14 shutouts and is holding their opponents to a .201 average at the plate. Maribeth Gorsuch is 10-0 on the season, which is tied for the best start to a season in the circle in program history. She owns five shutouts, one save and a .197 ERA. Shelby Wickersham is 9-1 with a 1.94 ERA, while Shelbi Sunseri leads the team in strikeouts with 48 and four saves, which is one away from tying the school save record.

Torina’s Thoughts
“Kentucky is always well prepared. Their staff always has their team ready. They are intelligent and knowledgeable, so we will have to be prepared. Hopefully our offense can continue to attack like they have been.”

“We are excited about the big weekend with our Strikeout Ovarian Cancer game and the walk earlier on Saturday. This is really close to my heart as my mom is a Ovarian Cancer survivor. It’s really important that we continue to spread awareness and honor these women and their fight.”

Scouting the Opposition
Kentucky
Kentucky comes into the matchup with a 25-15 overall record and an 8-7 record in the SEC. The Wildcats have won two out of their five SEC series, getting series wins over South Carolina and Mississippi State. They are coming off a series loss to Ole Miss last weekend and a midweek win over Northern Kentucky.

The Wildcats are hitting .322 on the year as a team and averaging 7.1 runs per game. Abby Cheek is leading the team and the league with a .495 batting average. She has hit 15 home runs and tallied 42 RBI to go along with 41 runs scored.

In the circle, the Wildcats own a 3.20 ERA and are holding their opponents to a .250 batting average. Meghan Schorman leads the staff with a 3.17 ERA. She is 5-1 with one shutout and one save. Grace Baalman is 5-8 with two shutouts and leads the team in strikeouts with 75. Autumn Humes is 9-6 with a 3.40 ERA.

What’s On Deck
The Tigers are on the road next two weekends, heading to Arkansas for a Thursday through Saturday three-game series. The Tigers return home on April 23 for their final midweek game of the year, taking on ULM.