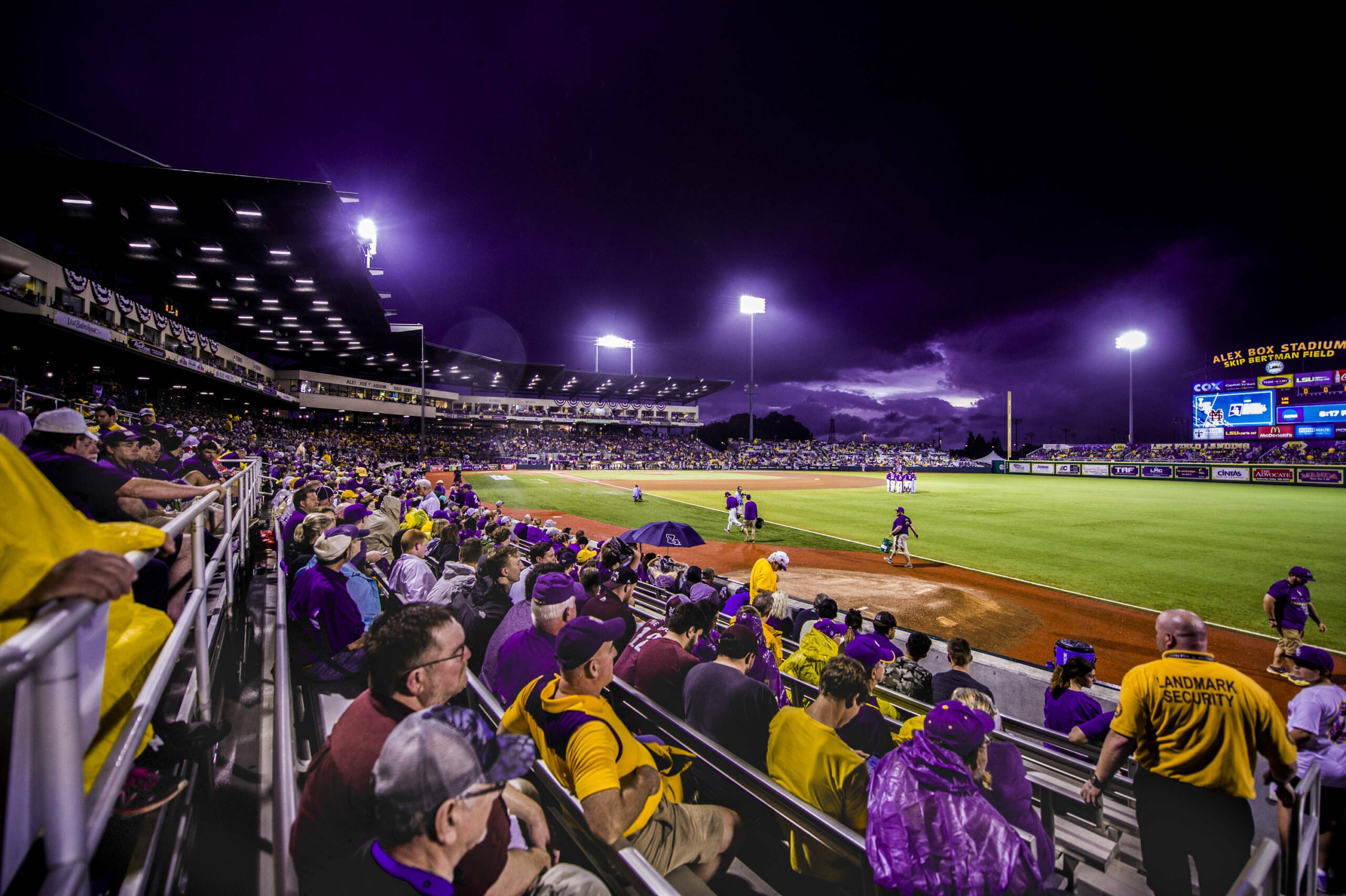 BATON ROUGE- Due to inclement weather anticipated on Sunday, the No. 9 LSU baseball team will play a doubleheader against California on Saturday beginning at 1 p.m. CT in Alex Box Stadium, Skip Bertman Field.

The teams will play two seven-inning games, and the second game of the doubleheader will begin approximately 45 minutes after the conclusion of the first game.

Friday night’s game will be played as scheduled beginning at 7 p.m. CT in The Box.

Game 12 and Game 13 tickets will be accepted at the gate for both games of the doubleheader Saturday.

Fans that have a Game 12 ticket will have preferred seating for the first game Saturday.

Fans that have a Game 13 ticket will have preferred seating for the game following 45 minutes after the conclusion of the first game.

Both games of Saturday’s doubleheader will be available on SEC Network+ via the WatchESPN app.