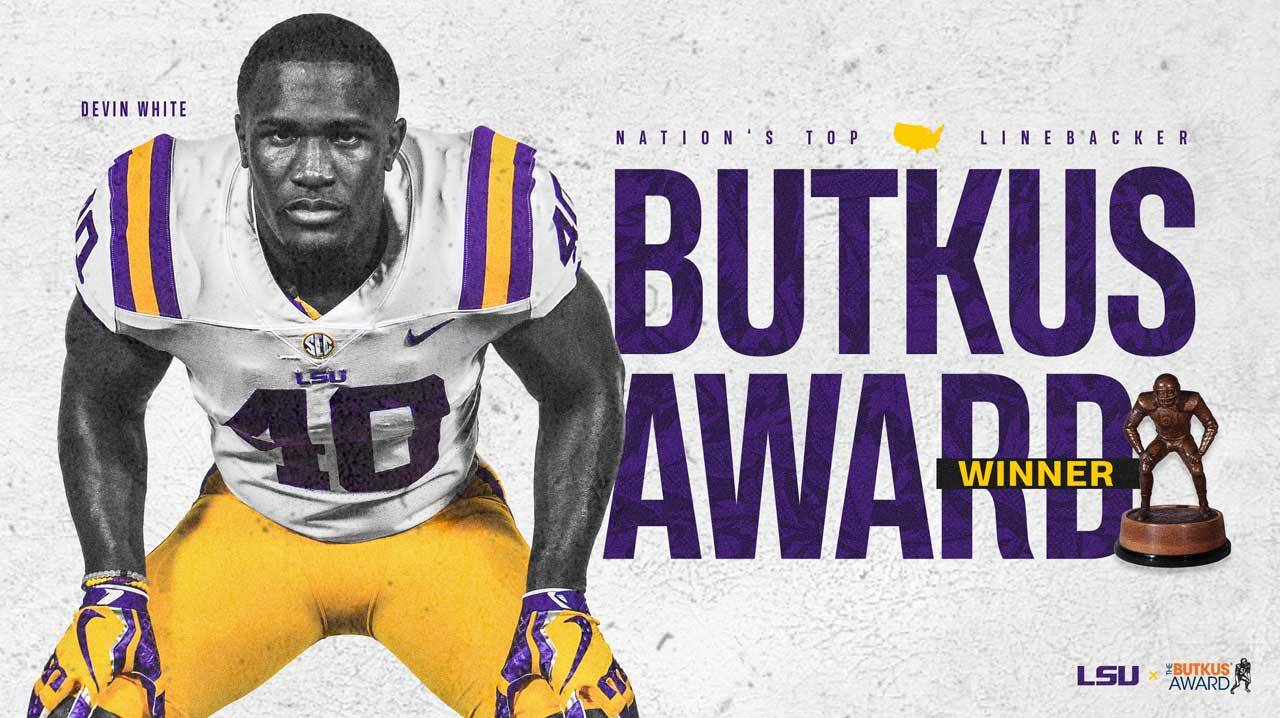 BATON ROUGE – LSU junior Devin White has been named the winner of the 2018 Dick Butkus Award, presented annually to the top linebacker in college football.

White was presented the 34th-annual Butkus Award on Tuesday afternoon in the team room at Tiger Stadium by Matt Butkus, son of legendary Chicago Bears linebacker Dick Butkus for whom the award is named.

He had to hold back the tears. @DevinWhite__40 is nothing but thankful for his family, coaches, teammates and Tiger fans everywhere. #ForeverLSU pic.twitter.com/YsSCE6K8VO

White, who was named first-team All-SEC by the AP and the league’s coaches this week, had a career-best 17 tackles and 4.0 tackles for loss, including a sack, and a forced fumble in LSU’s season finale against Texas A&M. He was named Southeastern Conference Defensive Player of the Week twice in 2018.

In 2018, White ranks second in the SEC in total tackles with 115 and his 12.0 tackles for loss stands No. 10 in the league. White is only the seventh player in LSU history to record 100 tackles in back-to-back seasons.

Now in his second year as a starting linebacker for the Tigers, White has 278 career tackles to go along with 29.0 tackles for loss and 8.5 sacks. He’s also responsible for eight takeaways (four fumble recoveries, three forced fumbles and an interception).

Last season, White set an SEC record by being named the league’s defensive player of the week four times. He led the SEC in tackles last year with 133, which ranks as the fourth-highest total in school history.