LSU to Host Army in 2023 at Tiger Stadium 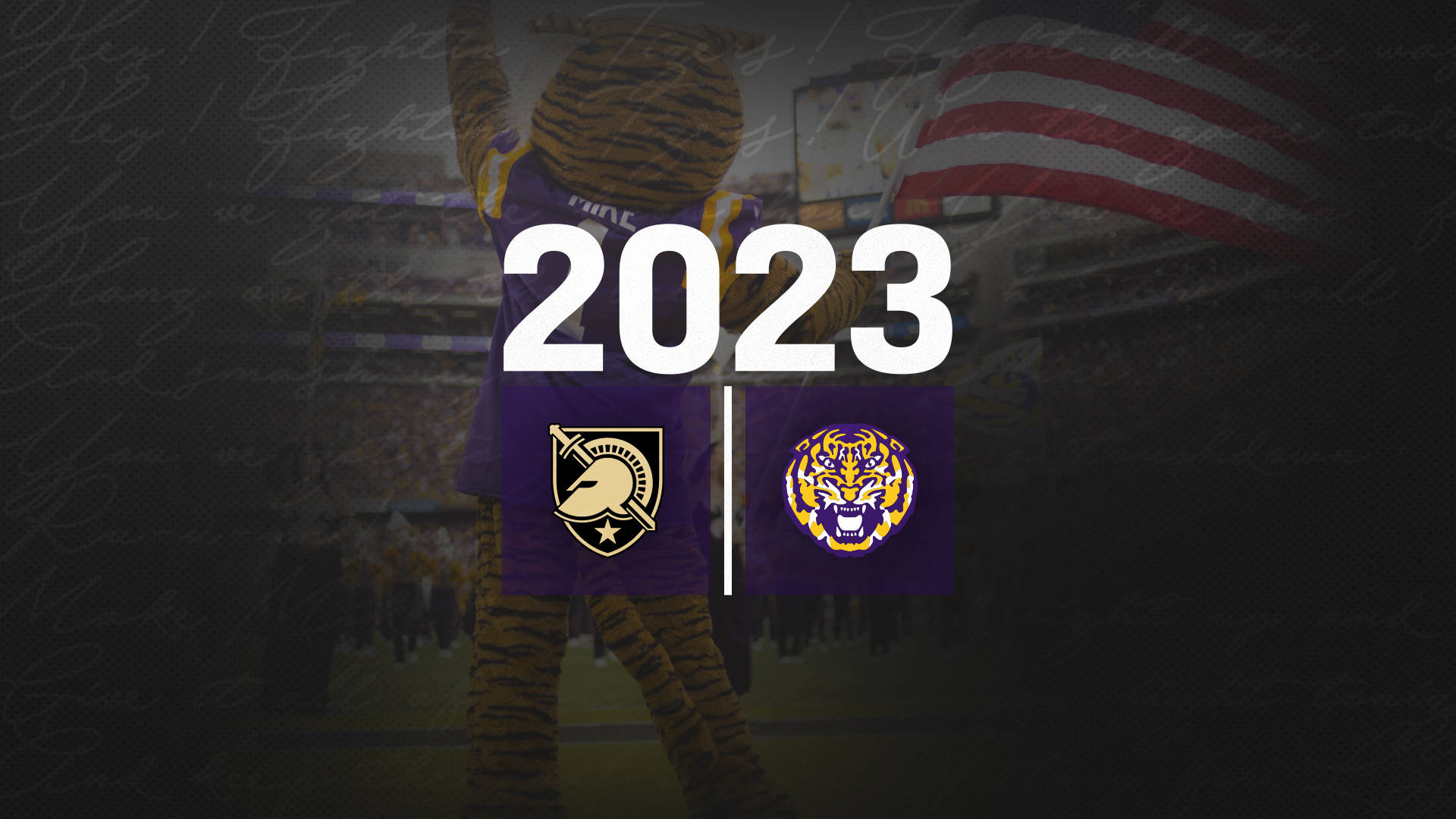 BATON ROUGE – LSU is bringing another high-profile opponent to Tiger Stadium as the Tigers will host Army Westpoint on October 21, 2023, Vice Chancellor and Director of Athletics Joe Alleva announced on Tuesday.

The 2023 contest against Army will mark only the second time LSU has faced a United States Military Academy in football. LSU and Army met in 1931 in West Point, New York, with the Black Knights posting a 20-0 win over the Tigers.

“Hosting Army at Tiger Stadium is an honor for us in any sport,” said Alleva. “We have the utmost respect for those cadets and their commitment to our nation’s freedom. Playing the Black Knights in Death Valley will be an unbelievable event for our fans and our players.”

Louisiana Governor John Bel Edwards is a graduate of Army as he earned his degree from the United States Military Academy in West Point in 1988.

“I am looking forward to welcoming my fellow Black Knights down to Baton Rouge in 2023,” Gov. Edwards said. “Both schools have helped shape who I am today, and it will be exciting to see them face off in Tiger Stadium. As for who I’ll be rooting for, I can guarantee you I’ll be supporting the winning team regardless of the outcome.”

The announcement of the Army contest continues LSU’s trend of bringing high-profile FBS opponents to Tiger Stadium. In the next decade, LSU will host Texas, UCLA, Clemson, Oklahoma and Arizona State in Tiger Stadium.

Earlier this month when LSU announced a home-and-home series with Clemson, Alleva said, “We are working to continue growing this list. It’s a balance with neutral site games, and we’re very pleased with the progress we’ve made.”

Army, an FBS Independent, is one of the winningest programs in the college football history with 681 victories. The Black Knight claimed three-consecutive national titles in the 1940s and have produced three Heisman Trophy Winners, including Peter Dawkins, who won the award the year prior to Billy Cannon claiming honor in 1959. Overall, Army has 27 former players and coaches enshrined in the College Football Hall of Fame.