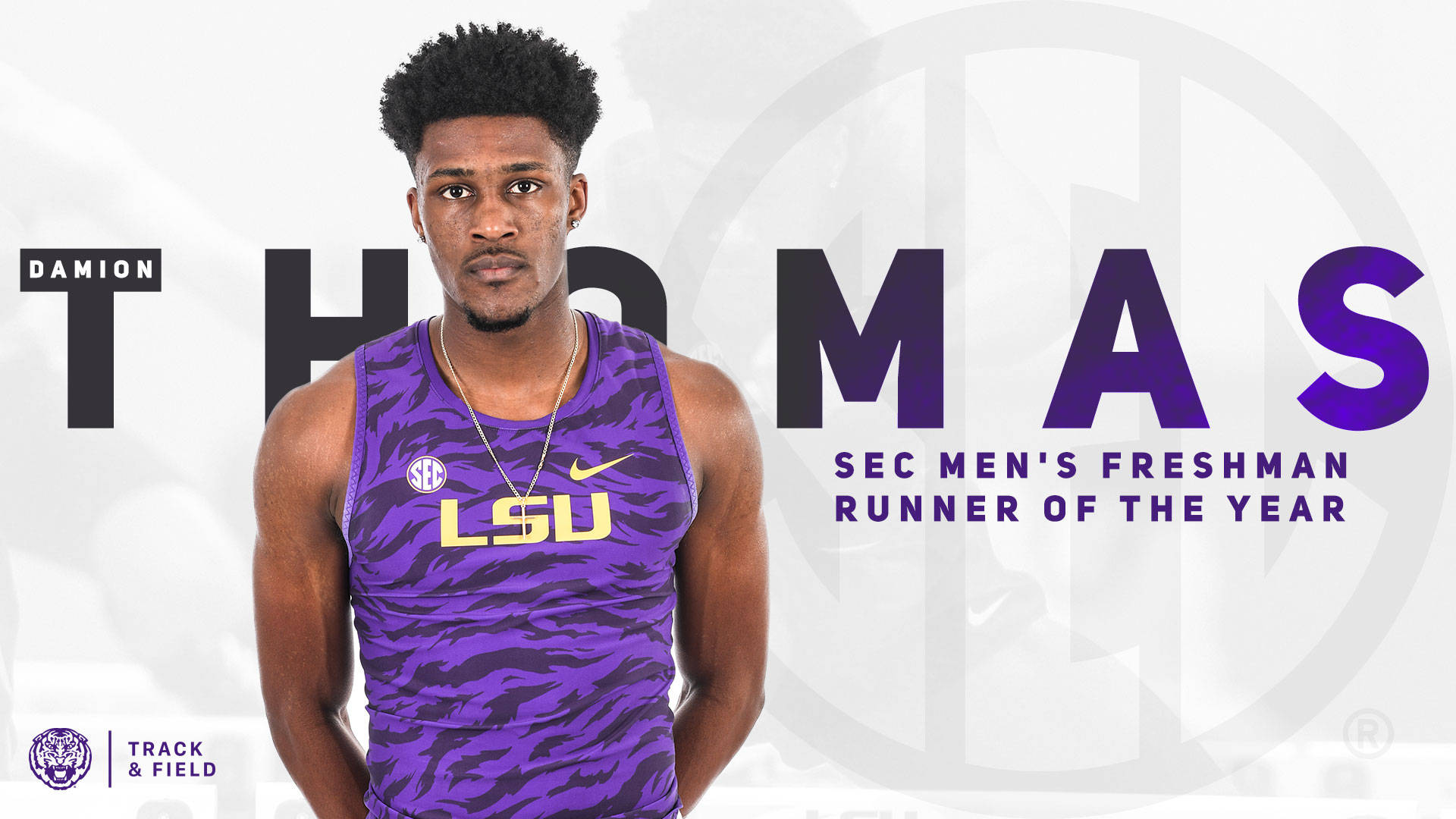 BATON ROUGE – LSU hurdler Damion Thomas was named the Southeastern Conference Men’s Freshman Runner of the Year today as selected by the league’s head coaches. Thomas was one of 10 LSU track & field athletes to be recognized by the SEC with postseason honors.

“Damion is having a great rookie season,” said LSU head coach Dennis Shaver. “To be able to qualify and compete at the NCAA Championships when only 16 out of over 500 hurdlers from across the nation earn a spot is phenomenal.”

The rookie from Sunrise, Florida, placed third at the recent SEC Indoor Championships in the 60-meter hurdles with a time of 7.82 seconds. He qualified in the prelims with a time of 7.93. Thomas’ fastest time of the season was a 7.75 to win the event at the Razorback Invitational on Jan. 26.

On the women’s side, Mikiah Brisco and the 4×400 relay team of Zakiya Denoon, Cassondra Hall, Rachel Misher and Kymber Payne earned first team honors, while Aleia Hobbs and Tonea Marshall were named to the second team.

For the men, Thomas and Jaron Flournoy earned second team recognition, while Thomas and JuVaughn Blake were the top freshmen performers in the 60-meter hurdles and high jump, respectively.

Thomas is one of a combined 15 participants from LSU, who begins competition at the NCAA Championships in College Station, Texas, on Friday, March 9. Blake will be the first competitor in the men’s high jump beginning at 5:30 p.m. Fans can watch the Championships live on WatchESPN.com or the WatchESPN app.