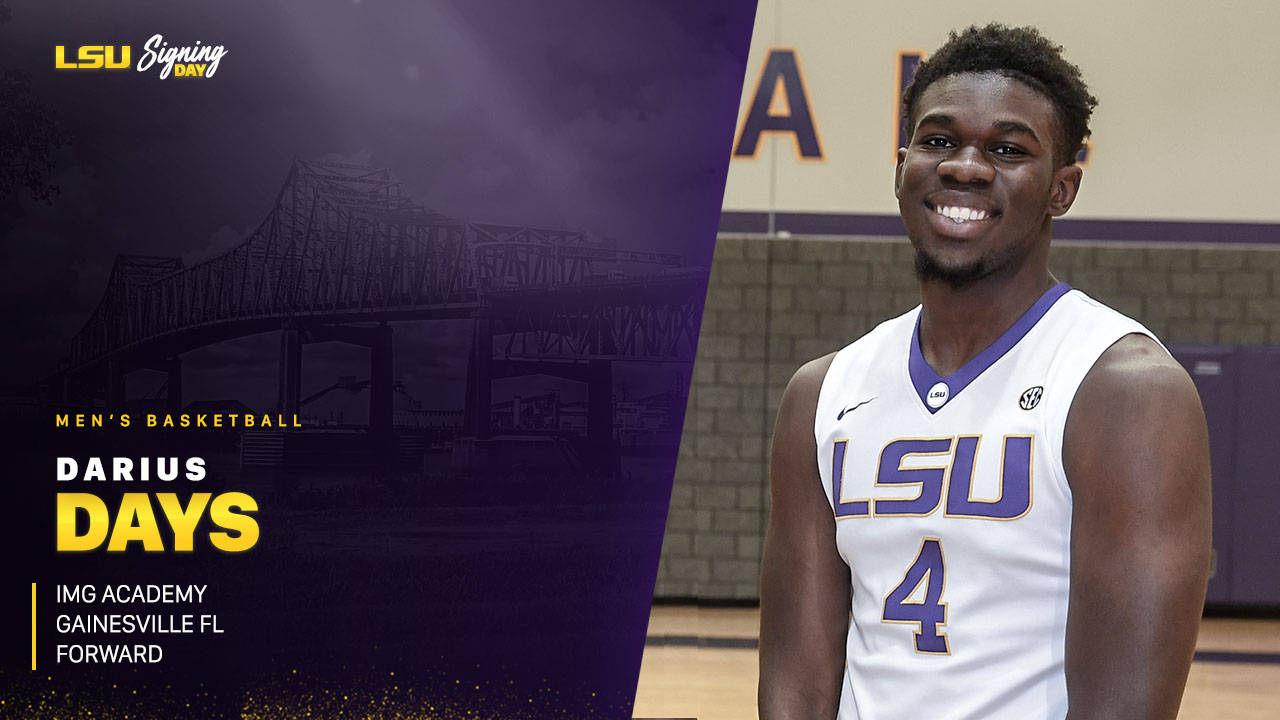 BATON ROUGE – LSU basketball head coach Will Wade and the LSU Compliance Office made it official as forward Darius Days is now an LSU Tiger after signing his national letter-of-intent.

The 6-7 Days who was named the Gainesville Sun’s co-boys basketball player of the year for 2017, averaged 21 points, 10 rebounds and two steals per game for The Rock School in Gainesville, Florida. Days, from Raleigh, Florida, will play at the IMG Academy his senior season.

The four-star prospect is ranked 65th on the 247sports.com composite ranking, No. 59 by just 247sports and the 13th best power forward in the nation. ESPNU ranks Days 61st overall in their top 100 and 17th at the position.

“We have received the letter-of-intent for Darius Days and are excited to have him joining the LSU program for the 2018-19 season,” said Coach Wade. “(Assistant Coach) Greg Heiar did a great job developing a relationship with Darius and his family during the recruiting process.

“Darius is a gifted scorer and shooter from range. He has shown his ability to handle the ball in several different positions at his high school and we know he has a work ethic that will fit in with what we are trying to do here at LSU,” Wade said.