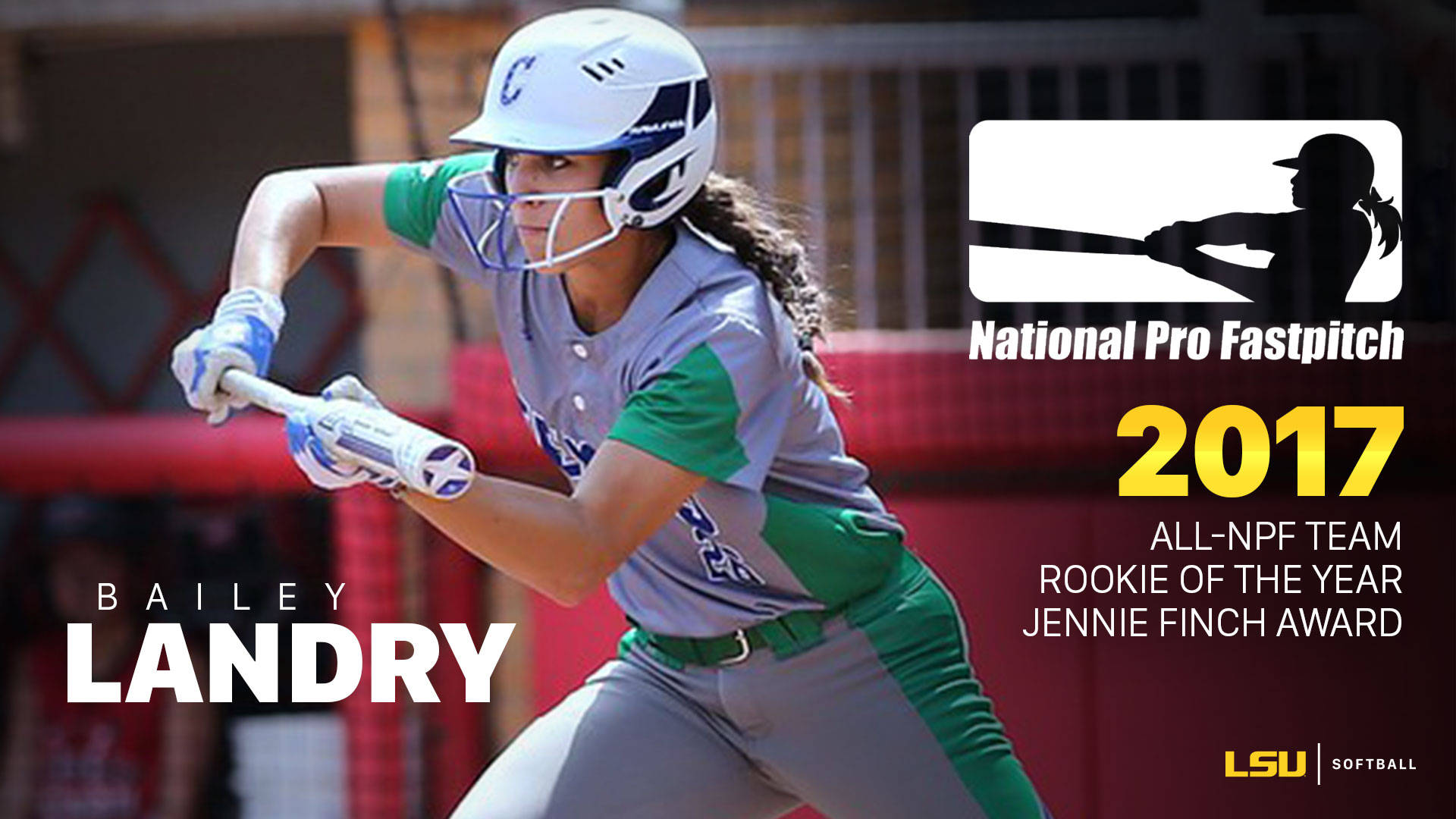 BATON ROUGE – Three-time NFCA All-American Bailey Landry of the Texas Charge was selected to the All-NPF team in the outfield, named the NPF Rookie of the Year and honored as this year’s Jennie Finch Award winner, the National Pro Fast-Pitch league announced Wednesday evening.

Landry, a leader on LSU’s three trips to the Women’s College World Series during her time in Baton Rouge, earned the highest honors awarded by the league during her rookie season. Landry hit .348 for the season with 29 runs scored, five home runs and 18 RBI.

The Louisiana native was also honored with the Jennie Finch Award as a player who shows excellence in sportsmanship, leadership and humility both on and off the field.

In addition to Landry’s honors, former Tigers Sahvanna Jaquish and A.J. Andrews were also recognized as at large members of the All-NPF team.

The 2017 NPF Championship begins Thursday at LSU’s Tiger Park. The USSA Pride faces the Chicago Bandits at 5 p.m. CT and the Scrap Yard Dawgs meet the Akron Racers in the 8 p.m. CT nightcap in the best-of-three semifinals. The championship Is set to be decided on Sunday.