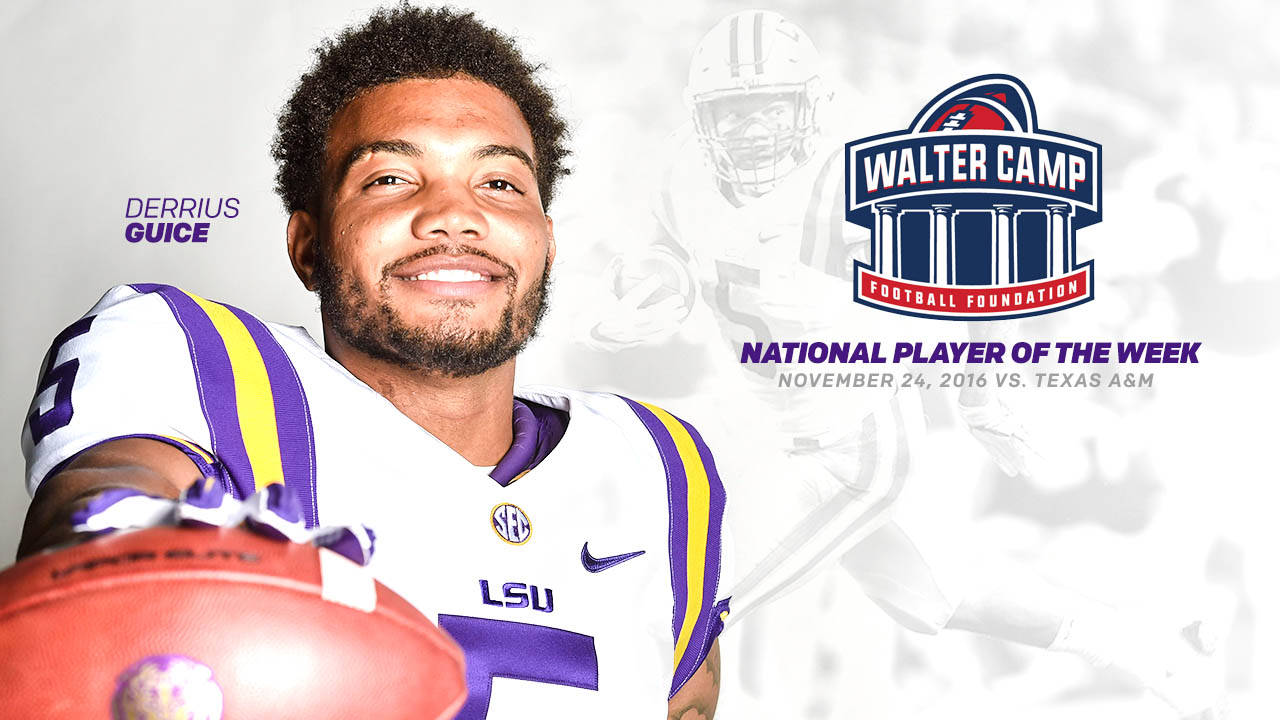 NEW HAVEN, CT. – For the first time this season, LSU sophomore running back Derrius Guice took home a national weekly award as he was named the Walter Camp National Offensive Player of the Week the organization announced.

It’s the fourth player of the week honor of any kind for Guice this year after earning SEC Co-Offensive Player of the Week honors for the third time on Monday as well. Guice is the eighth LSU player since 2004 to earn the national award, the last being Leonard Fournette last season.

On Thanksgiving night in front of a national television audience against Texas A&M last week, Guice closed the regular season with his best game as a Tiger in setting a new single-game school record with 285 yards rushing, carrying the ball 37 times with four touchdowns. LSU went on to defeat the Aggies 54-39 in Kyle Field as the team racked up 622 yards of total offense.

In the game against Texas A&M, Guice scored on runs of 45, 45, 6 and 1 yard in the victory. He is now one of four players in SEC history to have multiple 250-yard games in a season, joining Bo Jackson, Herschel Walker and Moe Williams.

A little over two weeks ago, Guice ran for a then-career best 252 yards and two scores against the Razorbacks, as he is now the only player in program history to have two games of 250 yards or more in the same season. Combined with Fournette, who initially set the record with 284 yards against Ole Miss, it’s the first time since 1997 that LSU has had multiple players rush for over 200 yards in a game in the same year.