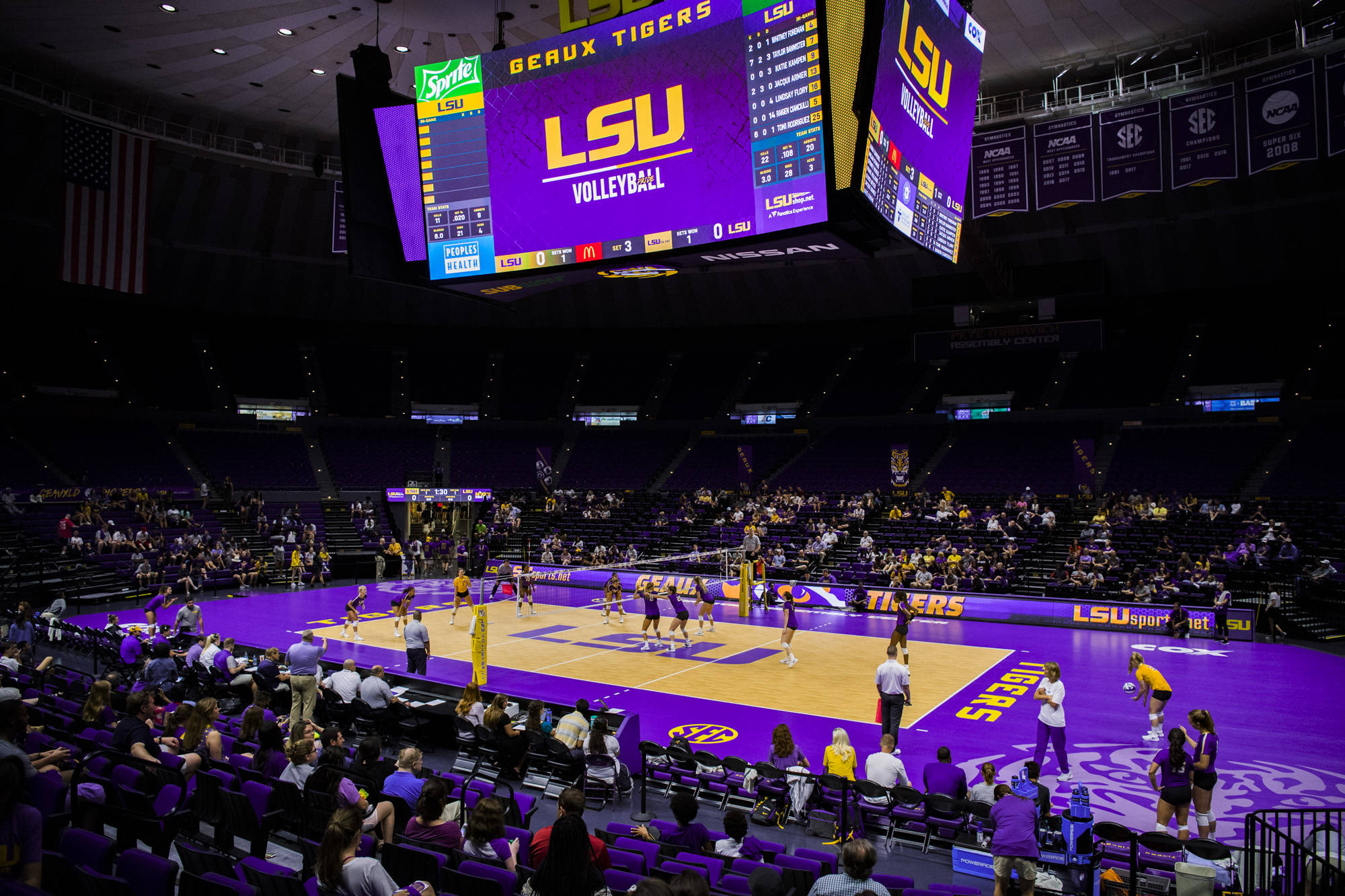 LSU volleyball heads into its 39th season at the Pete Maravich Assembly Center in 2020. The structure, which was renamed in honor of the all-time LSU and NCAA men’s basketball scoring leader on July 22, 1988, seats 13,215 and ranks as one of the finest college athletic arenas in the nation.

The auxiliary gym located underground in the north section of the arena was converted to a volleyball only practice facility leading into the 2010 season. Volleyball fans also can see a redesigned concourse with video and graphic displays, renovated concession stands and video kiosks showcasing the best of the sports that play in the building.

On July 1, 2004, the management of the Maravich Center came under the direction of the LSU Athletics Department and underwent a multi-year refurbishment. The renovations have included new television lighting, an interior makeover and new roof surface.

Prior to the 2007 season, the main arena got a new subfloor and a new playing floor. In the summer of 2008, the auxiliary practice gym also received a new floor.

The outside windows of the building now feature the Tiger mascot running around the arena. In addition, all seats in the 100 lower level were replaced leading into the 2010-11 basketball season.

Between 1985 and 1992, the Maravich Center was one of the top home courts in the nation, as LSU ran up a 110-10 (.917) record. During that time, LSU recorded a 37-match home-court win streak which is the second-longest streak in SEC history.

In 1991, the Tigers enjoyed possibly their finest season in the arena as LSU recorded a perfect 16-0 record and advanced to the Final Four through the NCAA South Regional in Baton Rouge.

The Maravich Center has played host to SEC and NCAA Tournaments for volleyball, basketball and gymnastics. The 1982, 1987 and 1995 SEC Volleyball Championships were all held in the arena.

LSU won its final eight league home matches in 2009 highlighted by a 3-0 sweep of No. 6 Florida to clinch the program’s fifth SEC championship. The Tigers also welcomed back postseason volleyball to the Maravich Center in 2009 for the first time since 1991. In total, the Maravich Center has been the site of four NCAA Championships as well as the 1991 NCAA South Regional.

Our improved digs will no longer be quiet! ??

YEAR-BY-YEAR IN THE PMAC