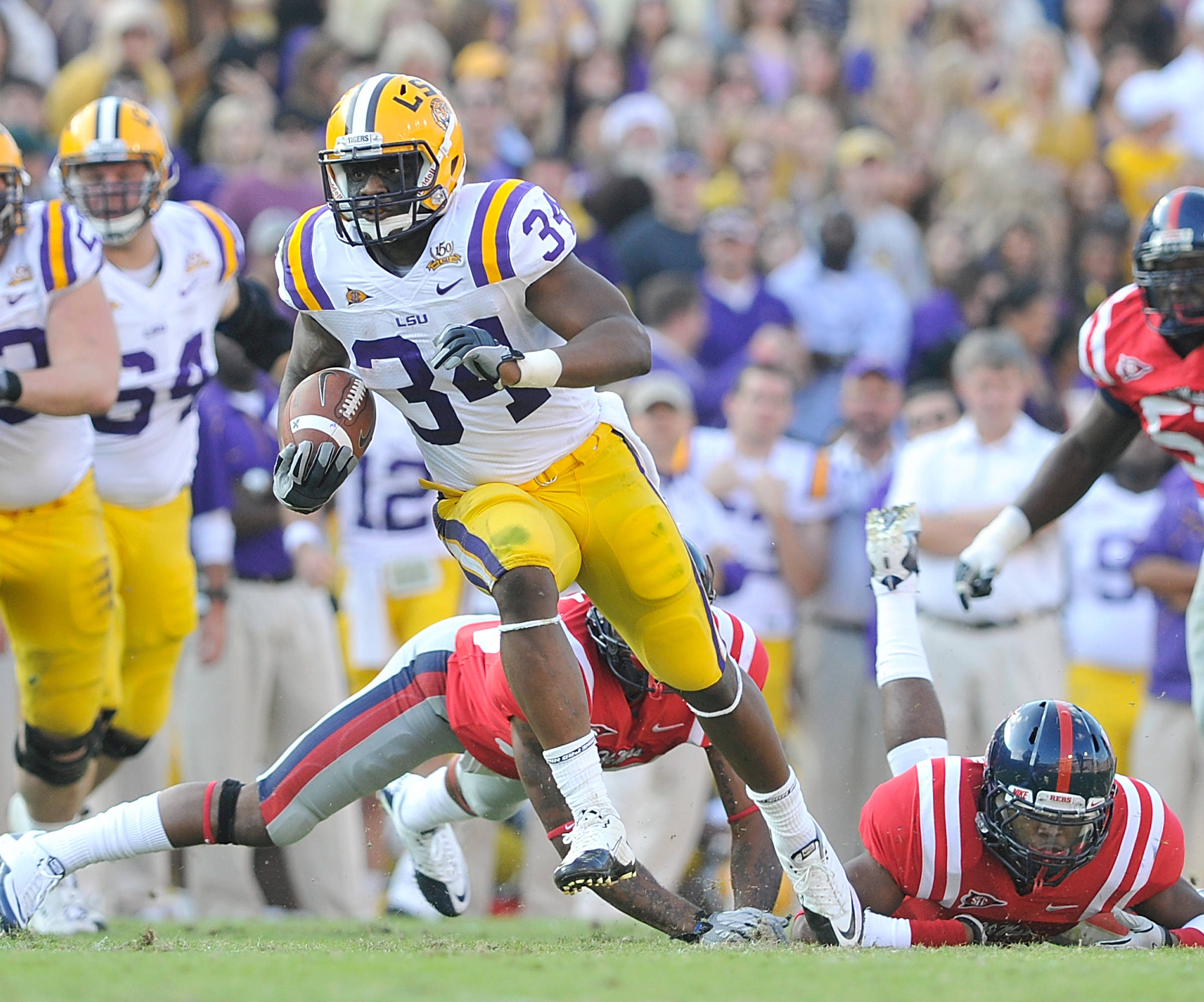 LSU has now placed 20 players on the Coaches’ All-SEC first team since 2005, and the Tigers have had 36 players recognized on the first and second teams since head coach Les Miles‘ first year.

Ridley, a native of Natchez, Miss., became the 13th LSU player to rush for more than 1,000 yards in a season as he tallied 1,042 yards, and he is tied for fifth in LSU history with 14 rushing touchdowns in a single season. Ridley was named to the Associated Press All-SEC second team on Monday.

Nevis, a member of the AP All-SEC first team, led LSU with 13 tackles for a loss and tied for the team lead with six sacks. The Marrero, La., native is fourth on the team with 56 tackles, and he also forced three fumbles, recovered one fumble, recorded a safety and tallied his first career interception.

Peterson returned two punts for touchdowns – an 87-yard return against North Carolina and a 60-yard return versus West Virginia – and he ranked fourth in the conference with 116.9 all-purpose yards a game. Peterson was a Coaches’ second-team All-SEC selection in 2009 and a member of the AP All-SEC first team in 2010.

The unquestioned leader of the defense, Sheppard led the team for the second straight season and ranked third in the SEC in tackles with 108, and he recorded 11 tackles for a loss, four sacks and his second career interception against Alabama on Nov. 6. Sheppard was named an AP All-SEC first team member.

Barksdale, who also earned AP second-team All-SEC honors, started all 12 games at left tackle after taking over for All-SEC player Ciron Black, and he finished the season with 49 knockdown blocks in 779 snaps. He leads the team with 38 straight starts.

Jasper tied the school single-season record and tied for the national lead in field goals with 26, and he also set the school record with five field goals in one game against Mississippi State on Sept. 18. He led the SEC in scoring for kickers with an average of 9.1 points a game, and he also led the league with nine field goals beyond 40 yards. Jasper received AP All-SEC first team recognition.

In his first season as a starting corner, Claiborne led the team and ranked second in the SEC with 11 passes defended and third in the conference with five interceptions in 11 games. Claiborne was also a member of the AP All-SEC second team.

Nick Bell of Mississippi State was named honorary captain of the 2010 All-SEC squad.

The SEC individual award winners will be released on Wednesday and the SEC All-Freshman Team will be announced on Thursday.