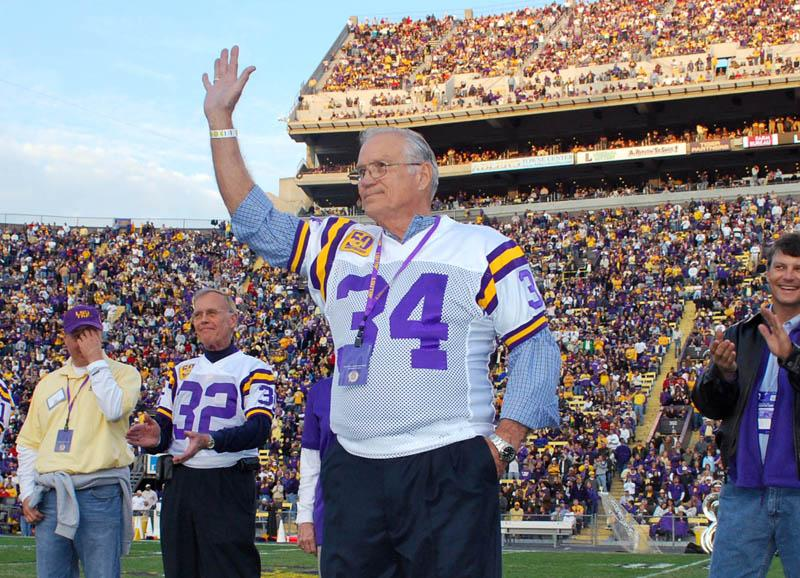 BATON ROUGE – Former LSU great Johnny Robinson will be on hand to greet fans and sign autographs Saturday morning in the lobby of The Cook Hotel and Conference Center at LSU.

Robinson’s visit will coincide with No. 10-ranked LSU’s 2:30 p.m. clash with the Tennessee Volunteers in Tiger Stadium.

Robinson will visit with fans and sign autographs in the lobby of the hotel from 9:30 – 11:30 a.m. Posters will available for $2 for this former Tiger halfback to personalize. Fans will be limited to two items to be signed per person.

The Jack & Priscilla Andonie Museum has enjoyed large crowds each of the last two weekends when former LSU greats A.J. Duhe and George Bevan were on hand for gameday autograph sessions.

Sharing the backfield with Heisman Trophy winner Billy Cannon, Robinson earned first team All-SEC honors in 1958 and played a key role in the Tigers drive to the 1958 national title.

While an offensive star at LSU, Robinson made his name on the defensive side of the ball in the professional ranks. Taken in the first round of both the NFL and AFL drafts, Robinson went on to star for the Dallas Texans and later the Kansas City Chiefs as a safety.

A nine-time All Pro selection, Robinson went on to win three AFL championships in 1962, 1966 and 1969. He played in two Super Bowl with the Chiefs, including Super Bowl I against the Green Bay Packers and Super Bowl IV, in which the Chiefs defeated the Minnesota Vikings 23-7.

After his playing days, Robinson founded and operates a youth home for troubled boys in Monroe, Louisiana, and has been a long-time supporter of children’s causes.