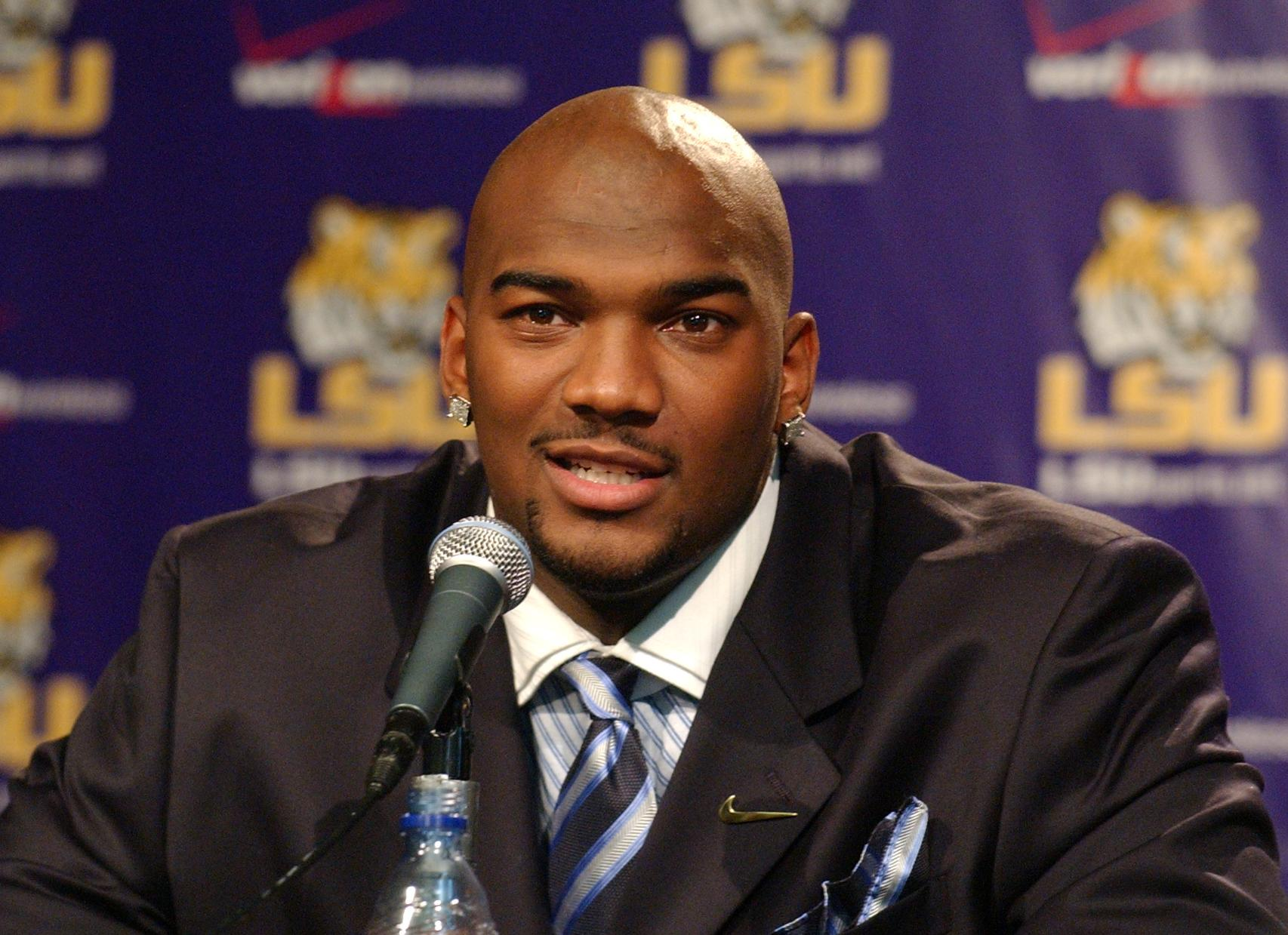 BATON ROUGE ? LSU junior quarterback JaMarcus Russell will skip his senior season with the Tigers and make himself eligible for this year’s NFL Draft. Russell announced his decision Wednesday at a press conference on the LSU campus.

Russell established a reputation during his college career as a quarterback who thrived in situations where the Tigers found themselves down late in the game. Russell engineered eight fourth quarter or overtime comeback victories with the Tigers, including six times when LSU put points on the board with less than two minutes left to either win the game or extend the contest to overtime.

Russell joins Josh Booty (2000) and Matt Mauck (2003) as LSU quarterbacks who passed up their senior seasons to play in the NFL. Booty was a sixth round pick by Seattle in 2001, while Mauck was selected in the seventh round by Denver in 2004.

“I’m calling this conference today to let everybody know that I will be entering the 2007 draft, and I would just like to thank God. It’s a great opportunity to be here just for me and my family, and I thank everybody though for my being here. I am going to say it again. I can’t thank yourselves again for the people and the fans. I’m just happy for this day. I’m kind of running out of words to say because I’m so overwhelmed about the situation. Me and my family, we’ve never been in this before, and other than that, I’m just happy to be here.”

On when he knew he wanted to declare himself eligible for the NFL draft …
“Toward the end of the season I kind of felt I was having such a good year and the way things were going and the way people brought things up as far as how good I could be on the next level and by myself feeling I could be good on the next level, it kind of hit me during the end of the season that I was going to make that jump. If I was to have a bad season I would have come back and finished it out on a good note, but since the things went the way they did that was my kind of way of thinking.”

On whether interest in him has risen after the Sugar Bowl …
“Coming out in that game me and coach (Miles) kind of talked the whole week. It was a feeling that we had, that we knew things were going to go very well. We didn’t know how it was going to end up, but foremost we thought it was going to go very well. And we just kind of took it over into practice and onto the game, and once we got into the game I can always say that I have always been kind of uplifting with every game. But for some reason that game, after every play I was always calm because I knew down deep in my heart and my soul that I was giving my all, so me and coach, we had it going on.”

On what he will miss most about LSU …
“My teammates. When you go to the next level, you have to start all over again with teammates, starting a new brotherhood. And the coaching staff, I’ll never forget that. The things we did over the summer, I think it really brought us closer as a team and as people, and that’s about the thing I can say the most of ? the players and the coaching staff.”

On if Jimbo Fisher‘s departure had any bearing on his decision to turn pro …
“(His decision) It was  already decided, but if I was going to stay and he was going to leave, it would be a hard decision because I grew up with coach Fisher and I grew up under his system. And for me to learn a new system in one year, it was going to be kind of hard, so that would have been a tough decision to make.”

“We are going to miss this man as a signal caller, as a guy that throws passes and as a quarterback. We are going to miss him more as a person. He is a tremendous leader and a quality man. Those shoes are going to be harder to fill than the ability to throw it deep and make a great play. We wish him well in his next football adventure. We can only say that he will be carried by us in our hearts and we will root for him wherever he plays. We will miss him.”