by Michael Bonnette
Tigers in the NFL +0 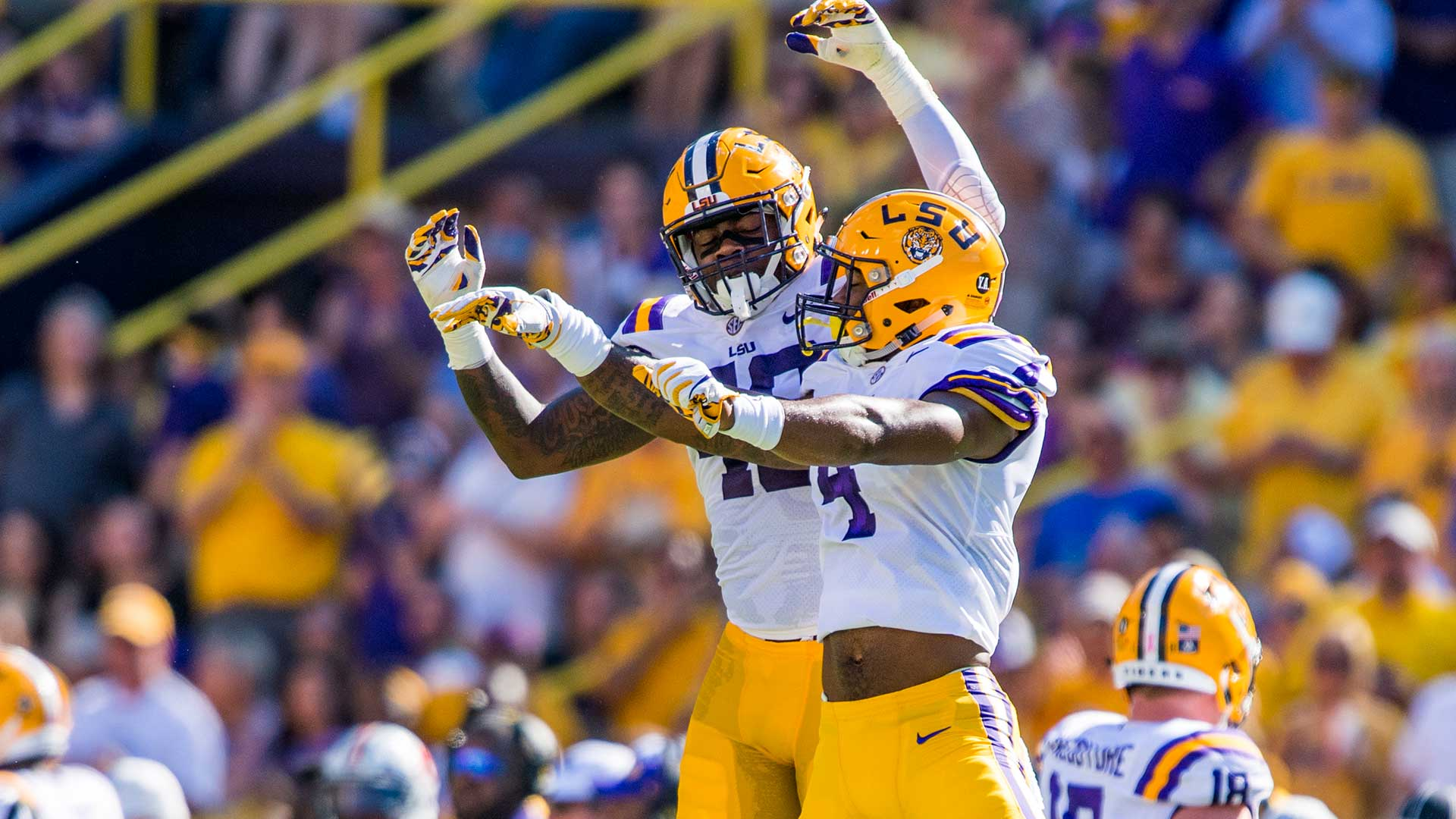 BATON ROUGE – Twelve former LSU players advanced to the Divisional Round of the NFL Playoffs with wins during the Super Wildcard round last weekend.

The NFL’s Divisional Playoff round gets underway with two games on Saturday followed by two on Sunday.

Saturday’s action begins with Jacksonville and former Tigers K’Lavon Chaisson and Arden Key traveling to face Kansas City at 3:30 p.m. Kansas City running back Clyde Edwards-Helaire is out for the remainder of the season with an injury.

On Saturday night Cordale Flott and the New York Giants travel to face Philadelphia at 7:15.

The final game of the Divisional Round includes a pair of former LSU linebackers in Damone Clark and Jabril Cox for Dallas and running back Ty Davis-Price for the 49ers. All three players were teammates on LSU’s 2020 team.

The following is a list of former LSU players in action this weekend: