Tigers Ranked No. 3 In AP Poll 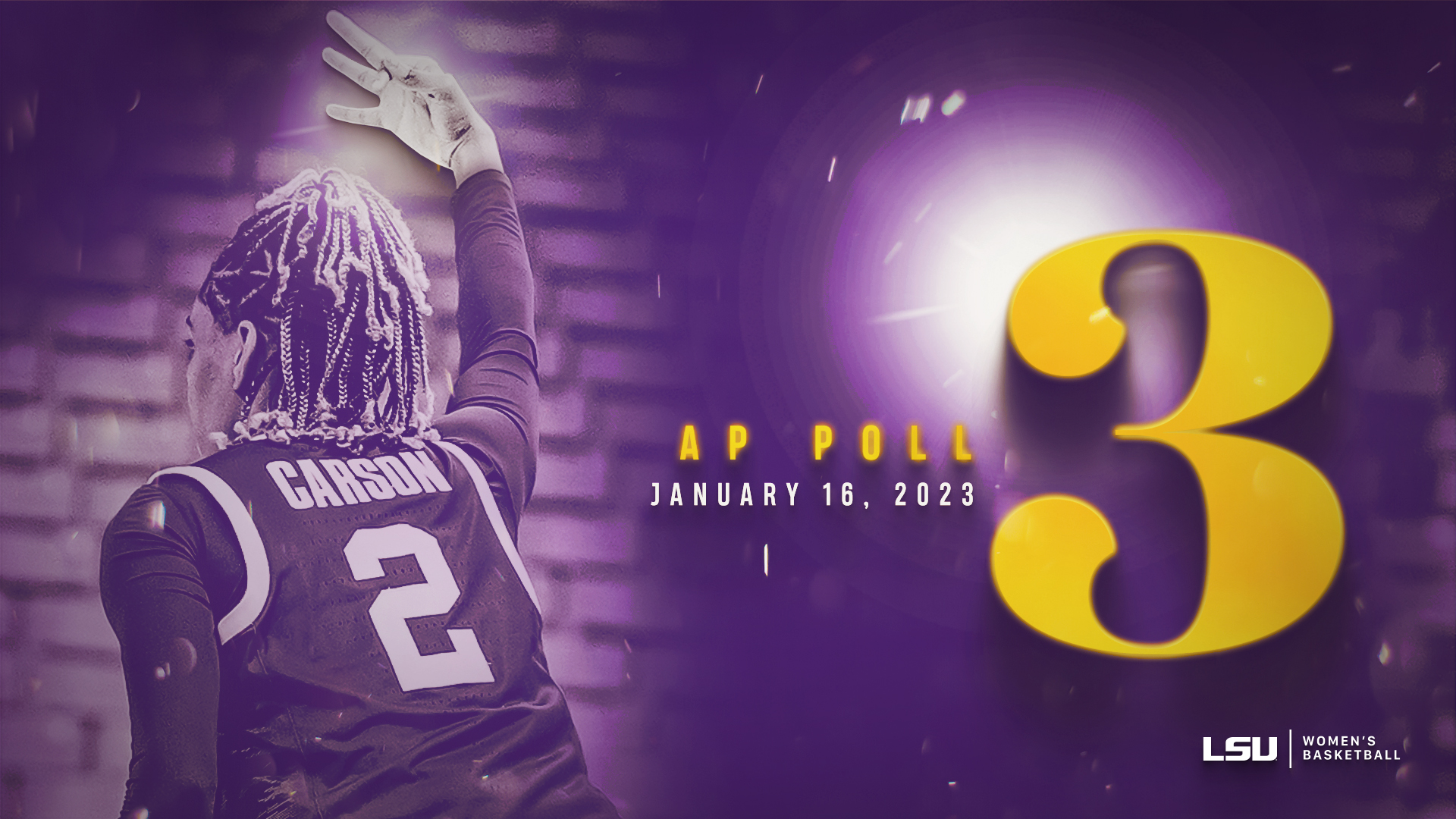 BATON ROUGE – The LSU Women’s Basketball moved up to No. 3 in Monday’s AP Poll as the Tigers continued their unbeaten start to the season with two wins over the past week at Missouri and against Auburn.

It has been a historic 18-0 (6-0 SEC) start for the Tigers. They are off to their best start in program history and 18 wins in a row is also a program record.

The last time LSU was ranked as high as No. 3 the latter of the 2005-06 season. The top three now features the three remaining undefeated teams in South Carolina, Ohio State and LSU.

LSU will host Arkansas on Thursday on the SEC Network before traveling to Tuscaloosa to face off against Alabama in another SEC Network game.

Angel Reese will have a chance at history today. She has recorded 18 double-doubles in as many games to start her LSU career. That is a SEC record for the most double-doubles to begin a season. Throughout LSU’s next two games, Reese can tie and break Sylvia Fowles’ LSU record for consecutive double-doubles (19) regardless of when it happened in a season. Fowles set her record through the middle part of the 2006-07 season.