No. 13 Gymnastics Scores Season High in Home Opener In Front Of Record Crowd 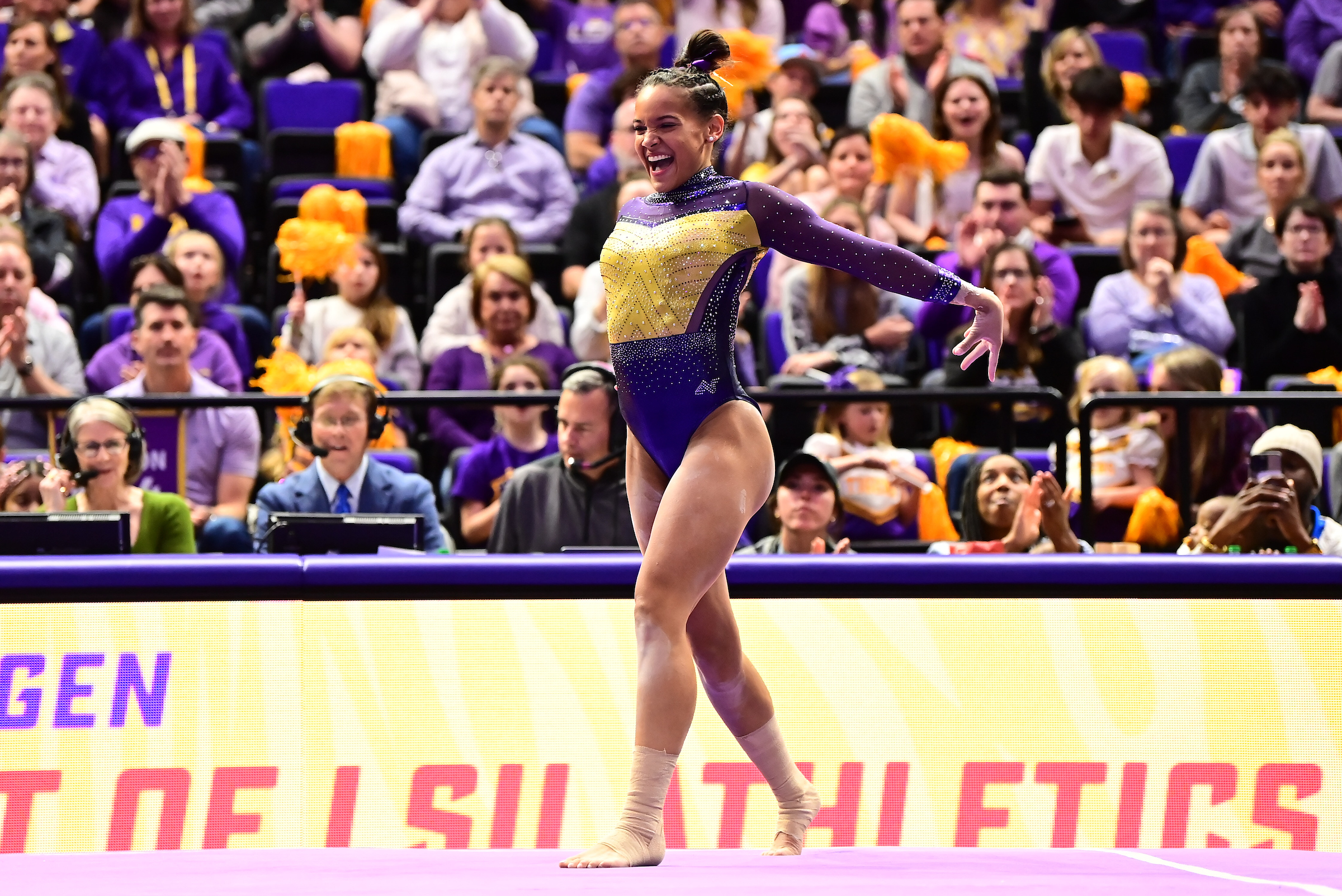 BATON ROUGE – The No. 13 LSU Gymnastics recorded a season high score of 197.450 against No. 1 Oklahoma in the team’s home opener on Monday afternoon in the PMAC.

LSU welcomed a record home opener crowd of 12,065 on Monday afternoon in the PMAC. The Tigers battled against the top-ranked Sooners and put up a good fight in front of an electric crowd but ultimately fell 197.450-197.600 to the defending national champions.

“Well, you never like to lose, but I’ll tell you this. The kids showed tremendous fight and heart today. We went against the best team in the country and the defending national champions and showed a lot of guts,” said head coach Jay Clark. “I’m just proud of their fight. After the emotion that surrounded Friday night with Kiya getting hurt, they picked themselves up, got on message, and competed fearlessly.”

LSU started off strong on vault. Junior Elena Arenas led off with a 9.775 followed by senior Alyona Shchennikova who posted a 9.875. Junior Chase Brock made her debut in the lineup, scoring a 9.80. Sophomore KJ Johnson boosted the lineup in the fourth spot, earning a 9.875. Sophomore Aleah Finnegan added a 9.85 while junior Haleigh Bryant anchored with a 9.925 to take the title.

The Tigers had a score of 49.325 after the first rotation.

In the second rotation, sophomore Alexis Jeffrey posted a strong lead off routine with a 9.80. Arenas and Shchennikova both added 9.875’s to the team’s score. Sophomore Tori Tatum made her debut after suffering from an injury last season and scored a 9.875. Bryant anchored with her score of 9.90 while Finnegan recorded a career-high 9.925.

Senior Kai Rivers led off the third rotation on beam with a 9.80. Junior Sierra Ballard made her debut in the beam lineup and scored a 9.825. KJ Johnson scored a 9.750. Arenas and Bryant followed with strong routines, scoring a 9.875 and a 9.950 in the fourth and fifth spots, while Finnegan anchored beam with a 9.775. Bryant took the title on the event with her 9.95.

In the final rotation, Ballard led off with an explosive performance, scoring a 9.90 to start things off on floor. Shchennikova matched her career high on the event with her 9.925 as well as Finnegan, who matched her career high with a 9.95. KJ Johnson posted a 9.775 and Bryant closed out the evening with a 9.90. Finnegan took the title with her 9.950 for her second title on the event this year.

Bryant earned the all-around title for the meet as she finished with a season high 39.675. The junior has won the all-around in all three of the Tigers meets thus far, also taking the title against Utah and Kentucky.

Finnegan also recorded a season high all-around score of a 39.500.

The Tigers will be back in action again this Friday, January 20, as they host Missouri in the PMAC at 6 p.m. on the SEC Network.