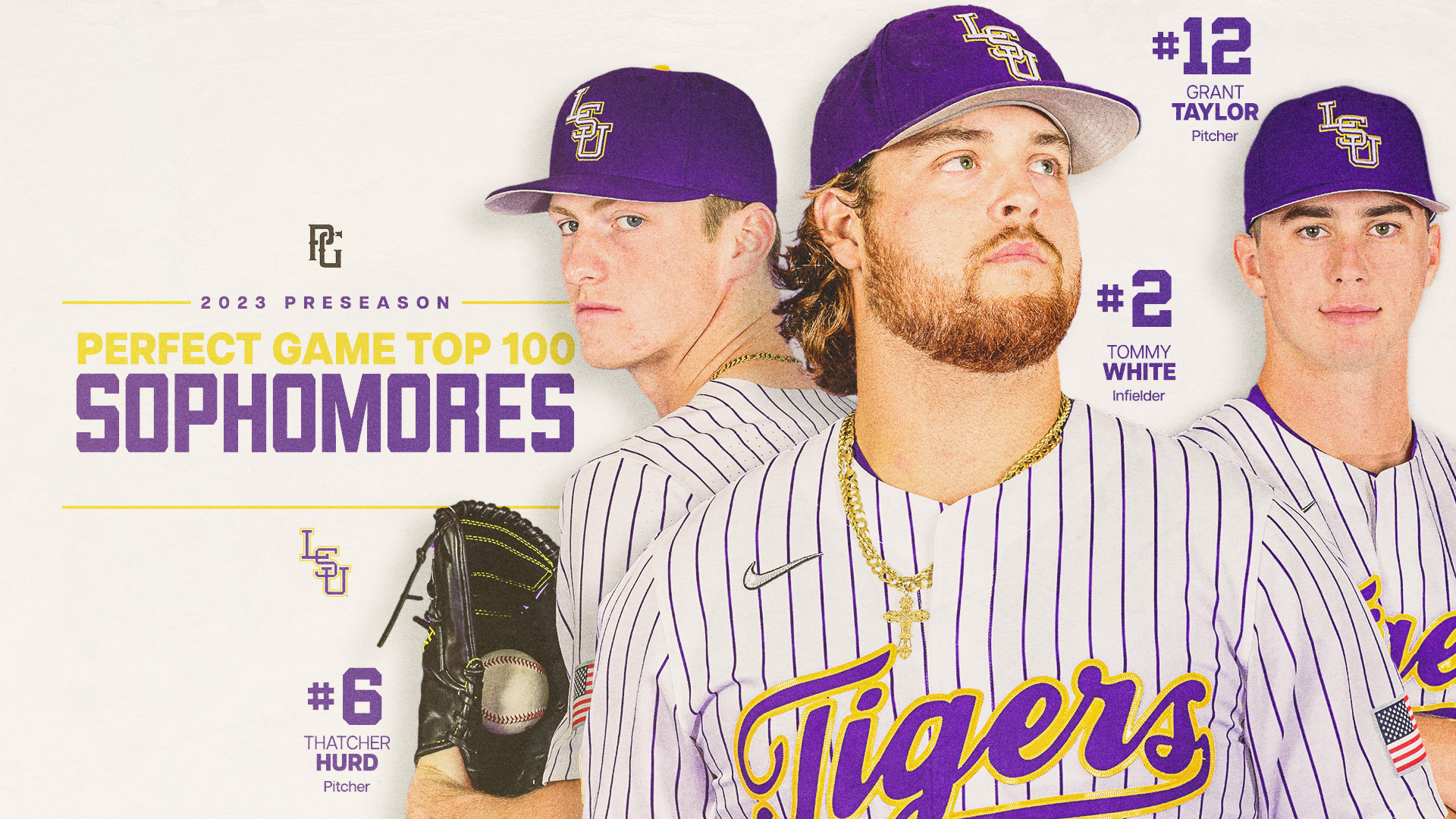 White, a product of St. Pete Beach, Fla., transferred to LSU after an incredible 2022 freshman season at North Carolina State, where he was named the Atlantic Coast Conference Freshman of the Year.

White hit .362 last season with 85 hits, 12 doubles, 27 home runs, 74 RBIs and a .757 slugging percentage, setting the NCAA freshman record for homers in a season. He had 26 multi-hit games and 19 multi-RBI outings, and he finished the year on 26-game reached base streak.

Hurd, a product of Manhattan Beach, Calif., made nine appearances – including six starts – last season as a true freshman at UCLA. He posted a 2-0 record with a 1.06 ERA and 48 strikeouts in 34 innings while limiting opponents to a .138 batting average.

Taylor, a member of the 2022 SEC First-Year Academic Honor Roll as a finance major, pitched in 17 games (two starts) last season as a true freshman, recording a 4-1 mark and a 5.81 ERA in 31.0 innings with 21 walks and 39 strikeouts. The Florence, Ala., native, earned a relief win on April 10 in Game 3 of LSU’s three-game sweep at Mississippi State, working four innings and allowing two runs on five hits with no walks and six strikeouts.

Taylor pitched LSU to a series-clinching win on March 27 over seventh-ranked Florida with the longest outing of his collegiate career. He entered the game in the fourth inning and pitched the remainder of the contest, limiting the Gators to two runs on four hits in 5.1 innings with two walks and six strikeouts. Beginning with the final out of the seventh inning, Taylor retired seven of the eight Florida hitters he faced to end the game.

Taylor enjoyed an impressive SEC debut with four innings of relief work versus Texas A&M on March 18, as he allowed no runs on two hits with one walk and one strikeout.