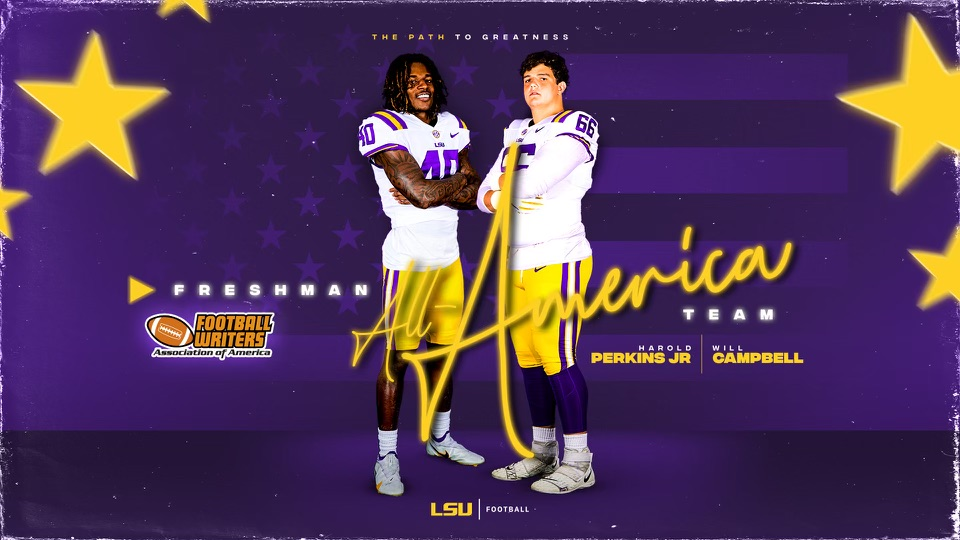 BATON ROUGE – First-year LSU standouts Will Campbell and Harold Perkins Jr. have been named to the Football Writers Association of America (FWAA) Freshman All-America team, the organization announced on Thursday.

The play of Campbell and Perkins was instrumental in LSU winning 10 games, reaching the SEC Championship Game and beating Purdue in the Cheez-It Citrus Bowl.

Campbell started 13 games at left tackle and helped pave the way for an LSU offense that set the school record for rushing touchdowns with 39. A native of Monroe, Campbell played a total of 973 offensive snaps and allowed only three sacks all season. He was whistled for just one penalty on his way to becoming the first true freshmen in school history to start at left tackle for the duration of a season.

Perkins capped his rookie season leading the Tigers in sacks (7.5), tackles for loss (13.0) and quarterback pressures (14). He finished third on the team in total tackles with 72.