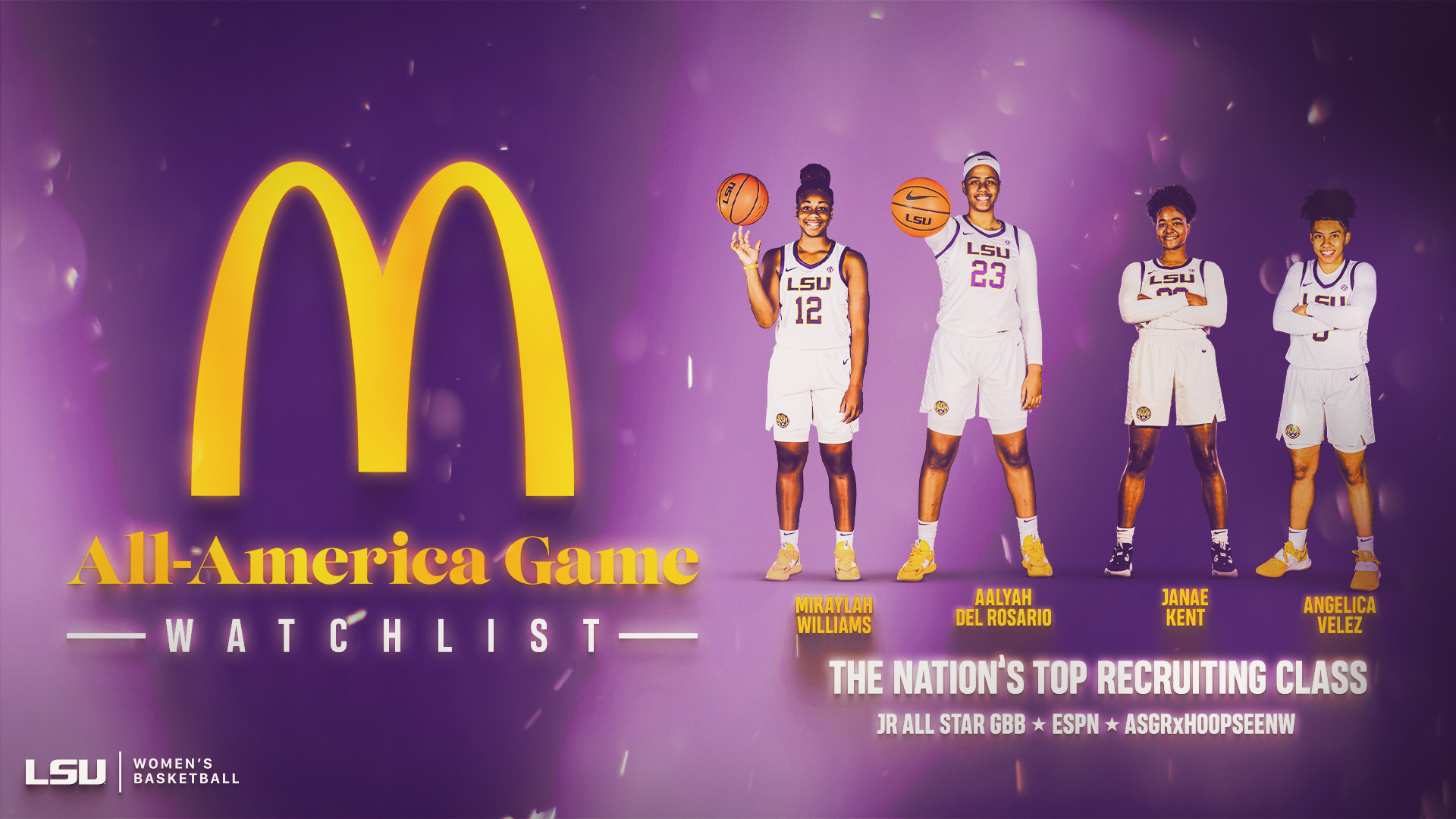 The rosters for the McDonald’s All-America Game will be announced later this month. Assuming at least one of LSU’s signees earn a spot on the roster, it would mark the second consecutive year with a player in the game as Flau’jae Johnson played in it last year.

LSU has a long history of having recruits play in the game. Seimone Augustus, who will have her statue unveiled on Sunday at 12:45 p.m. CT North of the PMAC, was named the MVP of the first ever girls McDonald’s All-America Game in Madison Square Garden.

LSU is the only program in the country to sign two Top-10 players this year. The Tigers also have the No. 1 class according to Jr. All Star GBB and ASGRxHoopSeenW.

Del Rosario and Williams were named to the Naismith High School Trophy Midseason Watch List on Wednesday as well.

Velez is a shifty point guard who plays with the position with a flair with shifty ball handling skills. She is an athletic floor leader with a poised back court game. Velez scored 13 points to help bring the Tennessee State Championship home for The Webb School.

“Angelica is a true point guard who brings a competitive edge to Baton Rouge,” Coach Mulkey said. “As a former point guard, I appreciate her ability to make her teammates look great. Her on-court leadership is phenomenal and will be sure to have a huge impact on our team for years to come.”

“I selected LSU because I wanted to be coached by Coach Mulkey and win with the girls that are in that program,” Velez said. “I want to win a national championship and I feel under Coach Mulkey, I believe I will thrive and really prove that I can play at the next level.”

Kent comes from a basketball family who can score all around the court. She is a two-time South Suburban (Chicago) Conference Player of the Year and was a First Team All-State selection last year. Already with over 1,000 career points at Oak Forrest High School, Kent averaged 25 points and 9 rebounds throughout her junior season. Basketball is in Kents blood as her father played at Ohio University, mother played at West Virginia and brother is a starter at Bradley.

“Janae brings much needed size to our perimeter,” Coach Mulkey said. “Her versatility is a huge part of her game. From scoring to rebounding, she can affect the game in a variety of ways with her length. She is going to come to Baton Rouge ready to get to work and we are excited to see what she accomplishes at LSU.”

“I want to come to LSU to compete for championships,” Kent said. “Coach Mulkey has built a staff around her that I think will give me the ability to reach my full potential and play in a program that competes at the highest level.”