Gymnastics Falls To No. 3 Utah On The Road In Season Opener 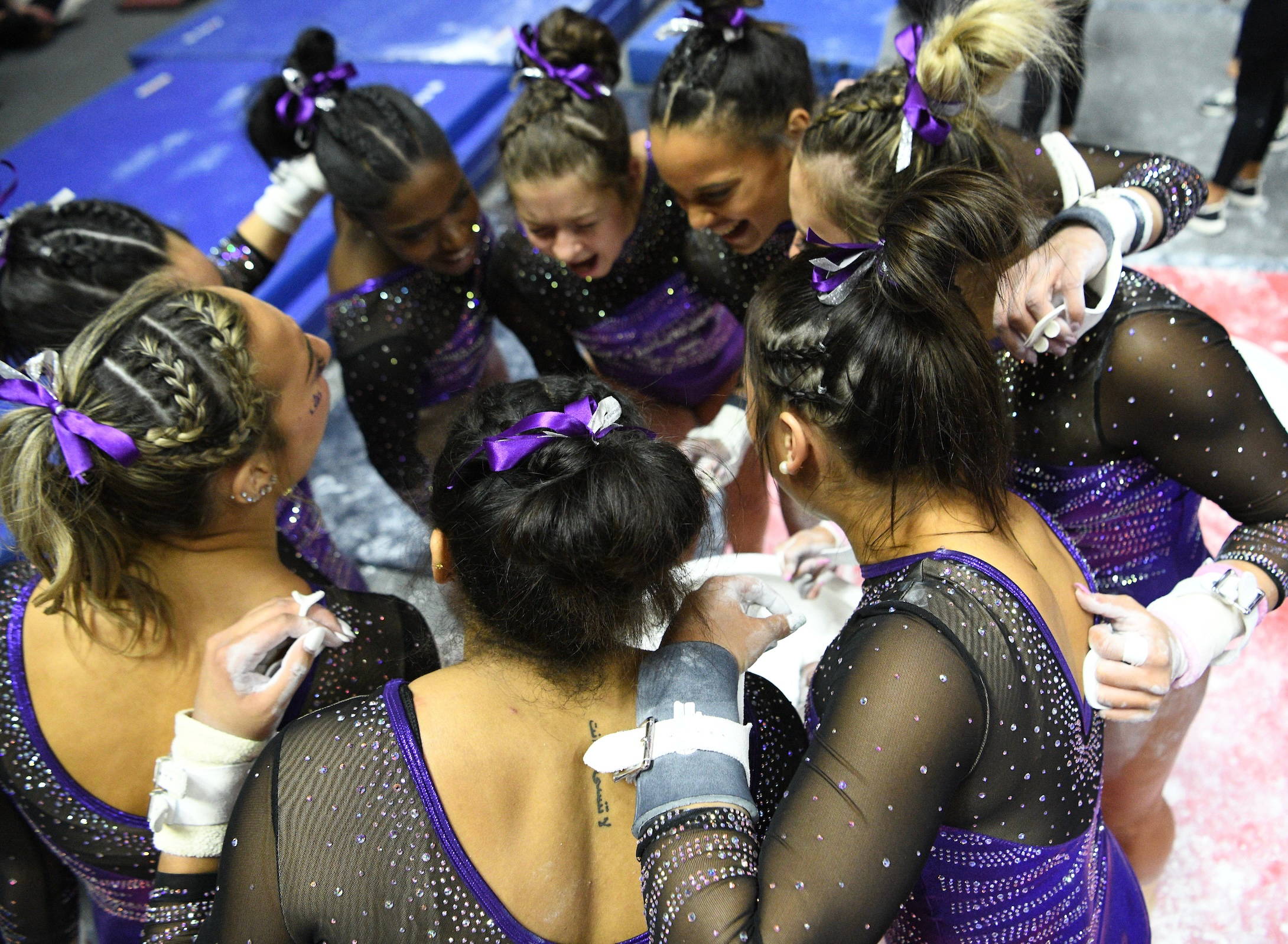 The Tigers 196.775 was the highest score earned in a road season opener in program history. The squad put on a strong performance in Huntsman Center despite the result.

“That was a solid start,” said head coach Jay Clark. “The difference in the meet was that we walked on almost all of our landings throughout the meet, and they didn’t. We can land better than that. I’m proud of the fight and the fact that we can go on the road and not fall. It’s a baseline start and we came very close to doing what we wanted to do, and now we’re going to move on to the next and focus on getting better.”

LSU started the night competing on bars. Senior Kiya Johnson leadoff with a 9.775, followed by junior Elena Arenas with a 9.75. Sophomore Alexis Jeffrey had a team-high 9.875 for her debut on the event. Aleah Finnegan added a 9.75 in the fourth spot and Alyona Shchennikova added another 9.775. Junior Haleigh Bryant anchored with a 9.825 to help the Tigers finish the first rotation with a score of 49.000 on the event.

Arenas opened the second rotation scoring a 9.85 on vault. Shchennikova and Finnegan followed with a 9.825 and a 9.85 in the second and third spots, while sophomore KJ Johnson added a 9.775. Kiya Johnson earned a 9.875 before Bryant anchored with a 9.900, taking the individual vault title alongside Utah’s Makenna Smith. The Tigers earned a 49.300 on the event and had a score of 98.300 at the halfway point.

Junior Sierra Ballard set the tone on floor by starting off with a score of 9.825 and Shchennikova followed with a 9.825 in spot number two. Bryant also added a 9.875 in the fifth spot and Kiya Johnson earned a 9.900 to help LSU finish with a 49.375 in the third rotation. Finnegan recorded a career high 9.950 to take the title on the event.

In the final rotation of the night, senior Kai Rivers lead off with a 9.7 on beam. Freshman Bryce Wilson and KJ Johnson had impressive debuts, scoring a 9.775 and 9.725. Bryant had a strong routine and earned a 9.85 while Finnegan continued her dominant night, scoring a 9.900. The Tigers finished with 49.050 on beam to round out the fourth and final rotation on the road.

Bryant and Finnegan finished as the co-all around leaders for the meet, both earning a 39.450 to share the title for the night. Kiya Johnson also competed in the all-around for the Tigers, earning a 39.400.

The Tigers continue their road trip as they take on Kentucky next week on Friday, January 13, at 5 p.m. CT on ESPN2.