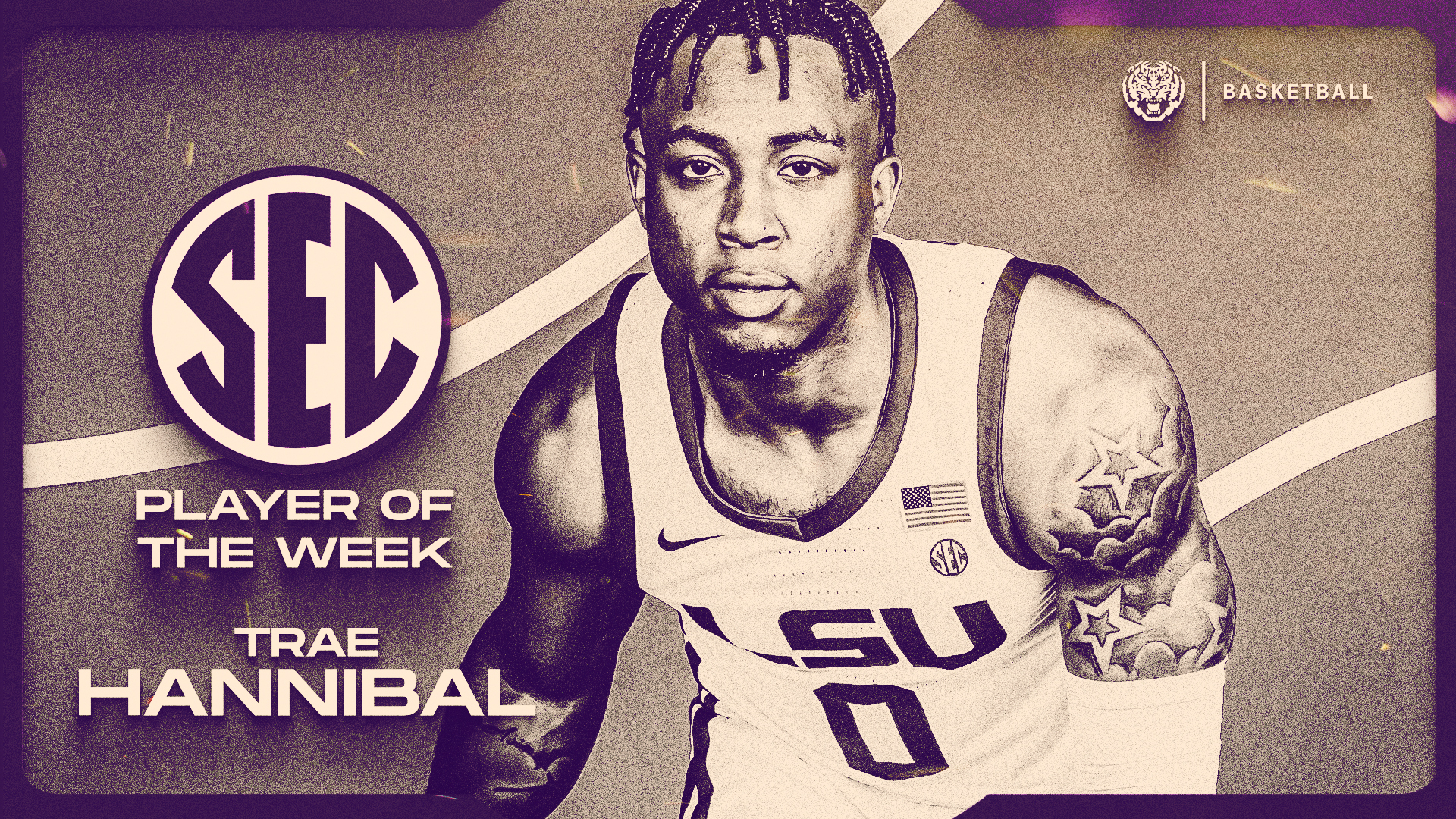 BATON ROUGE – LSU senior guard Trae Hannibal was named on Monday the Southeastern Conference Player of the Week for his performance off the bench in last week’s 60-57 win over No. 9 Arkansas at the Pete Maravich Assembly Center.

Hannibal scored 19 points on 9-of-14 shooting with one three-pointer in 22 minutes against the Razorbacks, many of those on drives through the defense to the goal.

Hannibal, who made 6-of-7 field goal attempts in the second half of the game, also had six rebounds and two assists in the contest and had +/- number of +10, best on the team for the game.

The Elliott, South Carolina senior is averaging 5.6 points, 4.2 rebounds and 2.7 assists per game. The 19-point game was tied for the second highest in his career and was his second double figure game of the season.

The Tigers travel to Lexington, Kentucky to play the University of Kentucky Tuesday night at 7 p.m. CT on the LSU Sports Radio Network and ESPN.