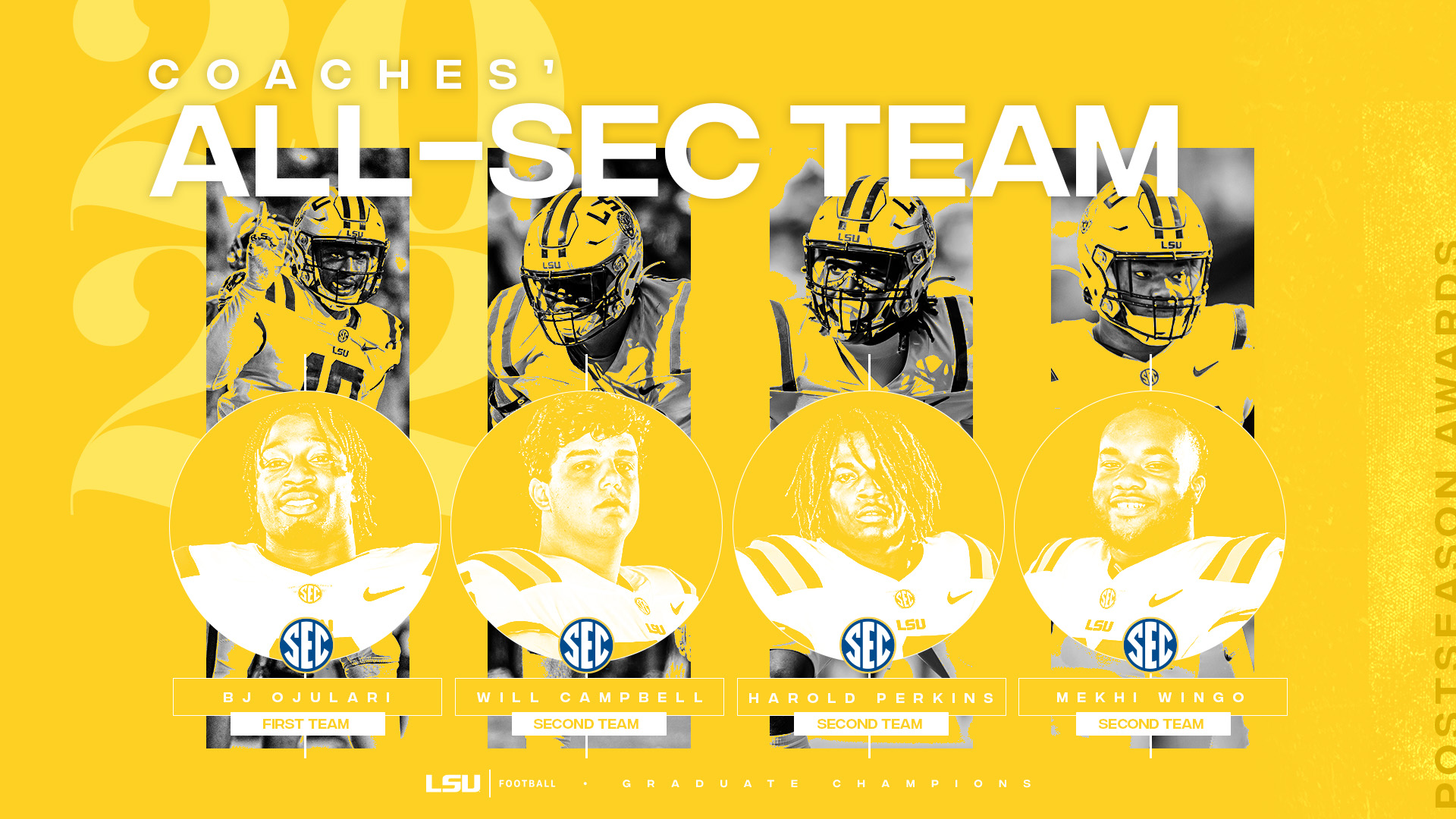 LSU’s list of all-conference selections helped the Tigers to a 9-4 overall mark and the SEC Western Division Championship. The Tigers finished the league schedule with a 6-2 mark and became only the third team in conference history to advance to the SEC Championship Game a year after finishing last in its division.

Ojulari, a permanent team captain, led a Tiger defense that ranked among the best in the conference, racking up 58 tackles, 8.5 tackles for loss and 5.5 sacks. Ojulari was twice named SEC Defensive Lineman of the Week in 2022.

Perkins, a true freshman from New Orleans, had one of the most impressive rookie seasons for any defender in school history, leading the Tigers in both sacks (6.5) and tackles for loss (11.5). He added 69 total tackles and 13 quarterback hurries.

Perkins was twice named SEC Defensive Player of the Week in 2022 – wining the award for his play in wins over Alabama and Arkansas.

Wingo, a sophomore defensive tackle in his first year at LSU after transferring from Missouri, started 12 games for the Tigers and recorded 44 tackles, 4.0 tackles for loss and a pair of sacks. He recovered two fumbles and forced another in becoming one of the most productive defensive linemen in the SEC.

Wingo earned SEC Defensive Lineman of the Week recognition for his performance in LSU’s 45-20 win over No. 7 Ole Miss.

Last year at Missouri, Wingo earned a spot on the Freshman All-SEC team.

Campbell, one of four true freshmen in the LSU starting lineup, started 12 games at left tackle for the Tigers in 2022. Campbell became the first true freshman in LSU history to start a season-opener at left tackle and he set the school record for starts by a true freshman offensive lineman with 12.

Campbell helped pave the way for an LSU rushing attack that averaged 181 yards per game, which included an LSU quarterback rushing record of 818 yards by Jayden Daniels. Daniels also set the LSU record for rushing TDs by a quarterback with 11.