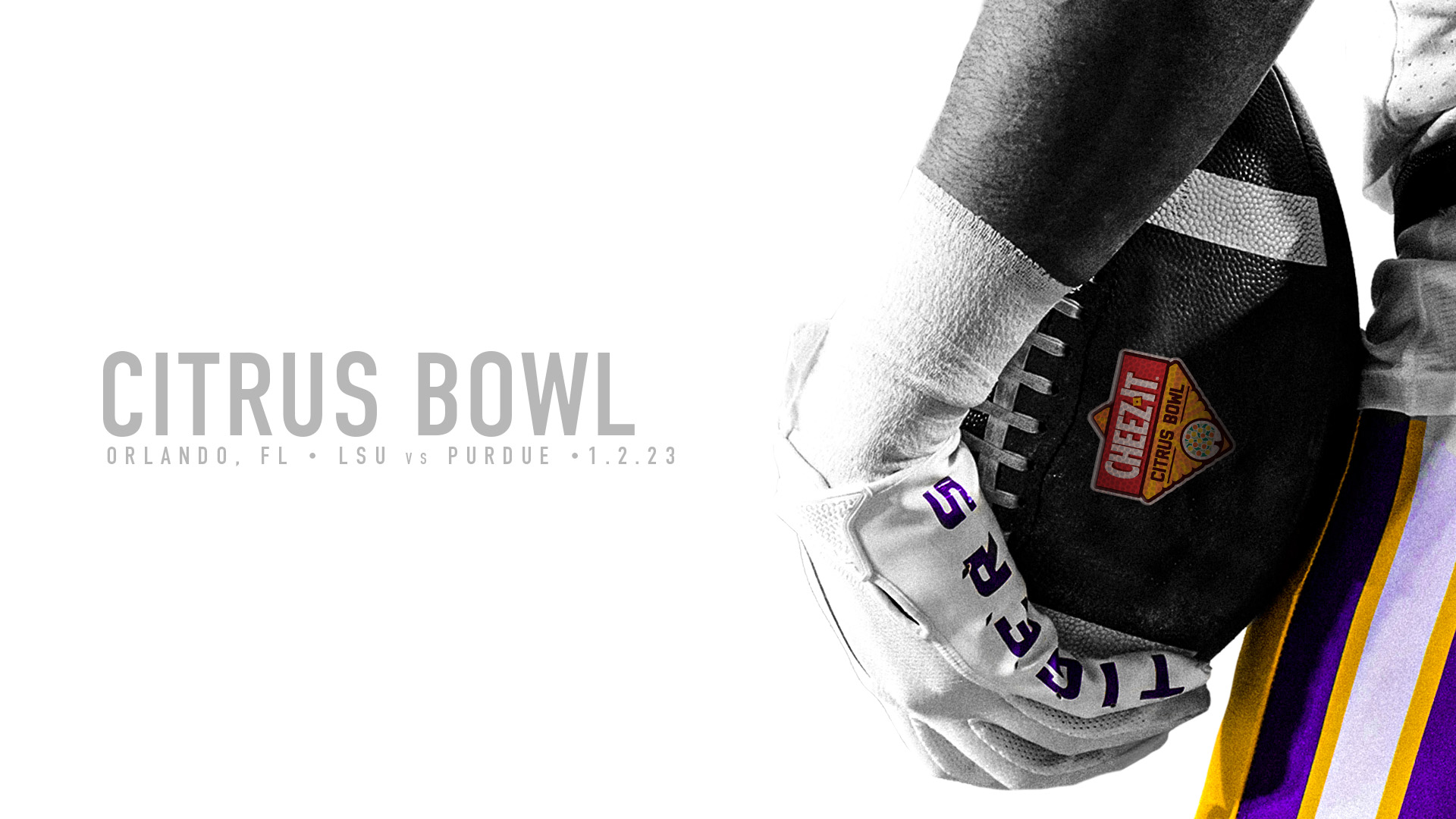 BATON ROUGE – LSU will meet Purdue on the gridiron for the first time on Jan. 2 when the Tigers face the Boilermakers in the Cheez-It Citrus Bowl, the Florida Citrus Sports announced on Sunday evening.

Kickoff is set for noon CT on Jan. 2 from Camping World Stadium in Orlando. ABC will televise the game.

This year’s Cheez-It Citrus Bowl will feature the champions of the SEC Western Division again the champions of the Big Ten’s Western Division. LSU, ranked No. 15 in the AFCA Coaches Poll, No. 16 in the AP Poll and No. 17 in the CFP Rankings, brings a 9-4 overall mark into the contest. The Tigers are coming off a 50-30 loss to No. 1 Georgia in the SEC Championship Game.

Purdue, winners of its last three regular-season games, is 8-5 overall following a 43-22 setback to No. 2 Michigan in the Big Ten Championship Game.

LSU’s last win in the Citrus Bowl came during the 2016 season when the Tigers shutdown Louisville and Heisman Trophy quarterback Lamar Jackson, winning that game, 29-9.

LSU’s six Citrus Bowl appearances tie for most appearances in the game among FBS programs. The Tigers will open the 2023 season in Camping World Stadium when LSU faces Florida State.