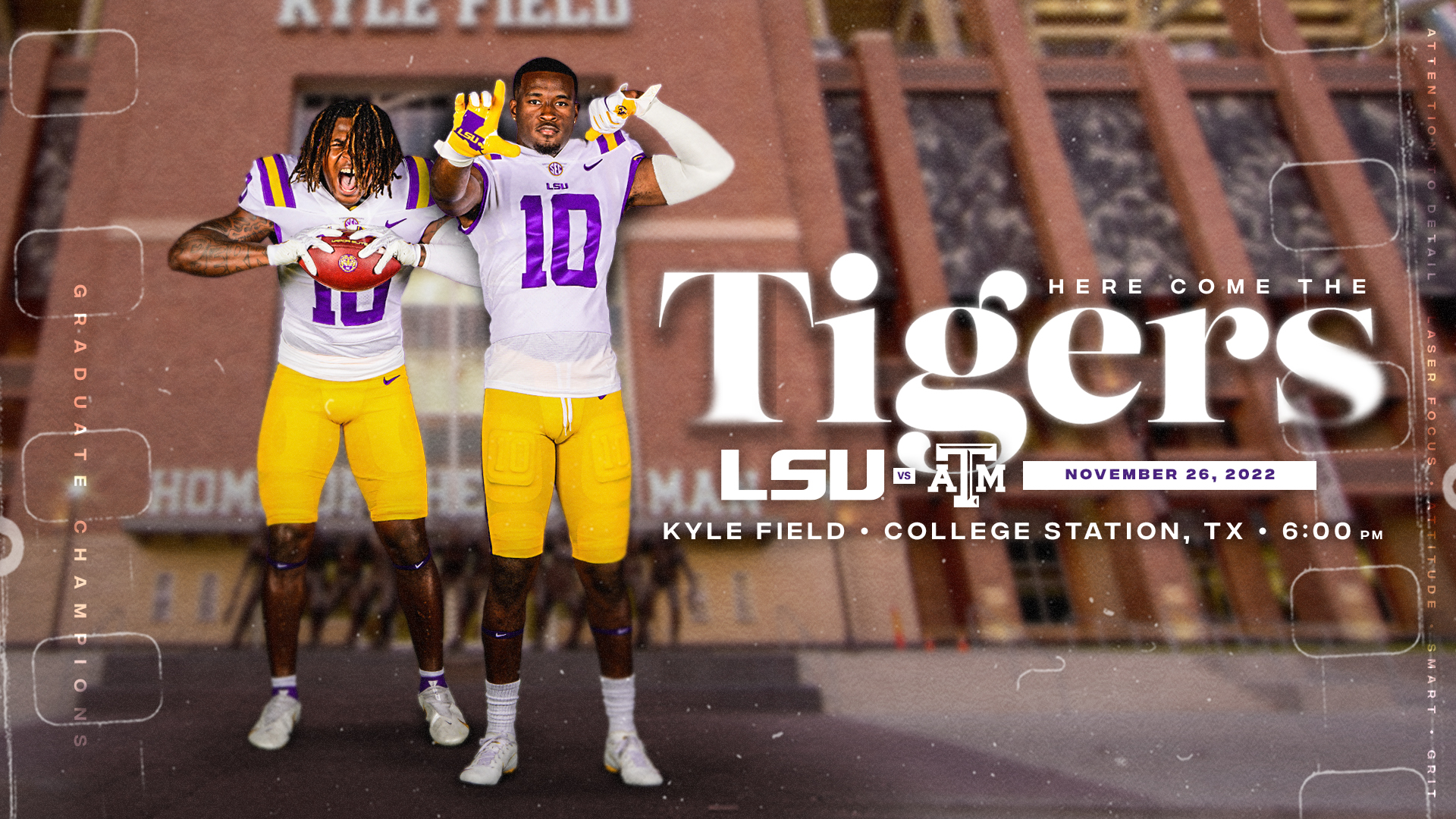 The Tigers hit the road seeking the 17th 10-win season in school history, but that’s not the focus of the week. The focus will be fulfilling the preparation necessary to finish the regular season the right way.

We're in The Lounge with senior @unos1_ pic.twitter.com/FeJdtMtYfZ

“I don’t think they give you any ticker-tape parades,” said head coach Brian Kelly on the possibility of winning 10 games. “But it’s certainly a benchmark when people look back on seasons. I think we look at challenges within the program more than particular wins at this point.”

Coach Kelly has been especially pleased with the mental toughness that his team has exhibited all season long, particularly in last Saturday’s victory over UAB. In poor weather conditions, against a team everyone expects you to beat, a week removed from clinching the SEC West, the Tigers didn’t blink and remained dominant.

“Less than ideal conditions, not a full crowd, coming off an incredible environment two weeks prior … all those things usually equal into a change in the way you think,” Kelly said. “I was really proud of them.”

Quarterback Jayden Daniels posted one of his best outings of the year against the Blazers, going 22-of-29 for 297 yards passing with a touchdown and 129 yards rushing with a touchdown. It was his highest-graded (93.5) performance of the season, according to Pro Football Focus.

“He’s helped himself,” Kelly said of Cain. “Not flashy, not going to be a guy that makes a ton of people miss, but does he really have to? He plays with low pads, he’s physical, smart, catches the ball out of the backfield and is reliable in pass protection.”

The Aggies are led by freshman quarterback Conner Weigman, who has recorded 741 yards passing and six touchdowns. Running back Devon Achane has 887 yards on the ground with six touchdowns. Moose Muhammad leads the receivers with 516 yards and three touchdowns.

Although a young group, there’s talent all over the field in College Station. It will prove to be another mental test facing a team that is going to lay it all on the line on Saturday night in their final opportunity of the season.

“It’s arguably as talented of a football team as we’ll see all year,” Kelly said. “They don’t have the wins that they wanted, but all they need is one, and that’s to beat LSU. We’ll have to prepare well and perform well on Saturday.”

“Jimbo is obviously an outstanding football coach,” Kelly added. “I’ve gone against him when he was at Florida State. Certainly this is their game. They’ll play their absolute best against us, and we’ll have to meet and exceed our play.”

Opportunity awaits with one game left to be played in the month built for contenders.

Finishing strong has been a strength all year for the Tigers, and there’s only one thing left to do.

“This is another one,” Kelly said. “It’s going on the road against a really talented team that has nothing to lose, and you have to play well because they will play up to you.