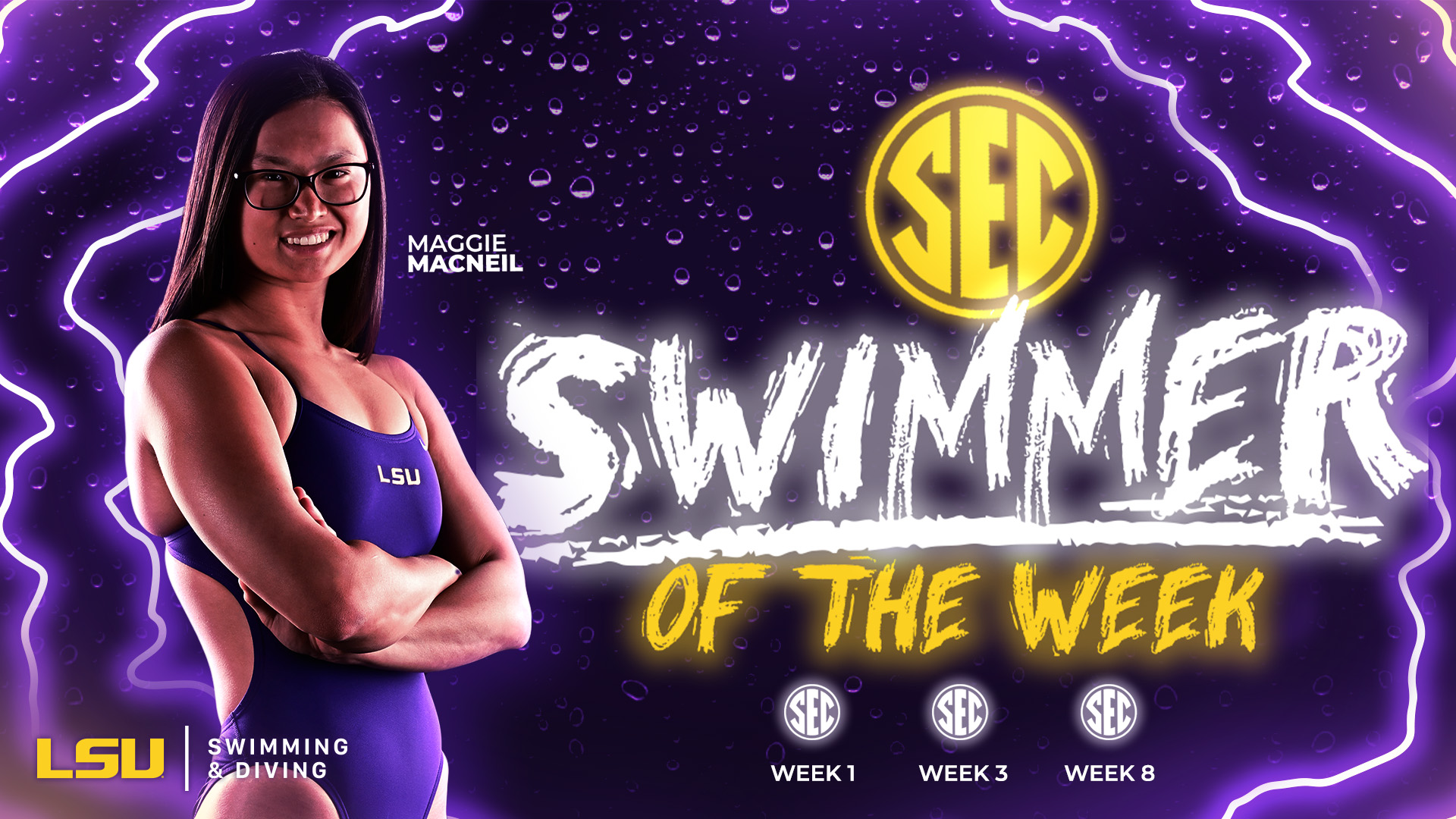 BATON ROUGE, La. – LSU swimmer Maggie MacNeil was named SEC Swimmer of the Week, the conference league announced Tuesday, for her performance at the Tigers’ midseason invite inside the Rec Center Natatorium on the campus of Texas A&M.

MacNeil competed in six events while at the Art Adamson Invitational. For the three individual events, she broke each school record she set earlier in the season at different points for the 50-free, 100-back and 100-fly.

Each time cleared the NCAA ‘A’ standard, guaranteeing her trip to the NCAA Championships in March.

MacNeil also made some noise in the relay events including the 200-free relay and 200-medley relay. In the 200-free relay, alongside her three teammates, clocked an NCAA ‘A’ cut time. It will be the first LSU relay to attend the national meet since 2016. MacNeil split 20.59 on the way to a school record time of 1:27.63.

The swimming Tigers return to action at the LSU Natatorium on Jan. 7 to take on the Florida State Seminoles for Senior Day. Diving competes in the Auburn Diving Invitational in mid-December before competing in Baton Rouge in a dual meet.