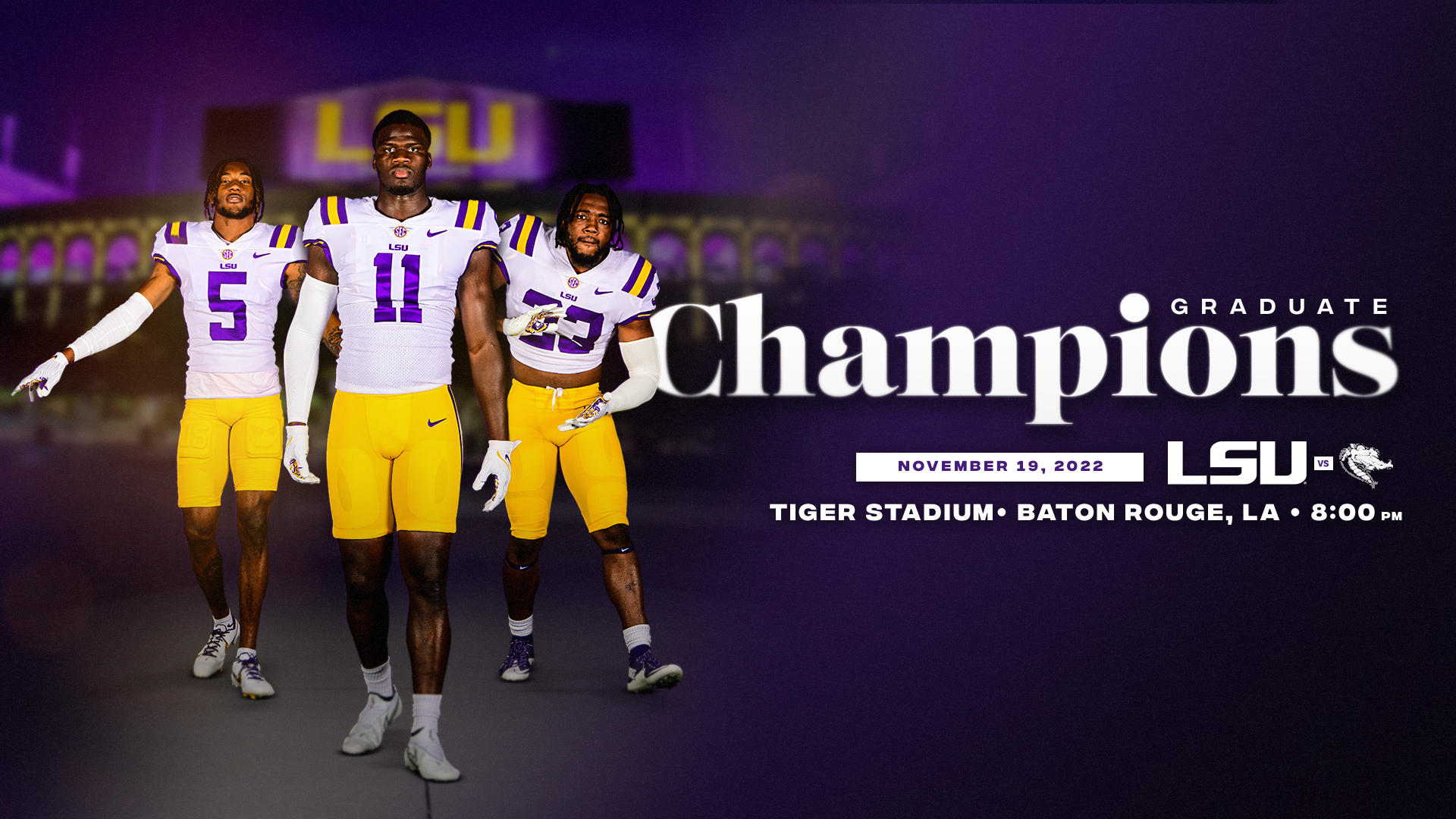 Kickoff is set for 8:05 p.m. CT on ESPN2 and the LSU Sports Radio Network.

The mission of the program under head coach Brian Kelly is to graduate champions and many will live up to that creed as the team will honor 17 seniors pregame on Saturday night, 13 of which have already graduated from LSU.

“Watching them become SEC West champions is so gratifying because they made that choice,” Kelly said. “They could’ve been average. They’ve chosen to be champions by the way they’ve gone to work every day, both in the classroom and on the football field.”

The Tigers are coming off a hard-fought 13-10 win over Arkansas to clinch the SEC West title in Year 1 under Coach Kelly. True freshman linebacker Harold Perkins introduced himself to the college football world with a dominant performance of eight tackles, four sacks and two forced fumbles.

Some wins are pretty and some wins are gritty. Last week was more of the latter, but road wins in the Southeastern Conference are too hard to come by to take for granted.

“Winning’s a habit and losing’s a habit,” Kelly said. “What we can take out from that game is they have done the things necessary to make winning a habit. They found a way to win that football game.”

Another defensive standout was sophomore linebacker Greg Penn III, who led the unit in tackles against the Hogs with nine, along with 2.5 tackles for loss and one pass break up.

“He played with physicality and great instincts,” Kelly said of Penn. “That’s what we expect out of him. I think he’s going to have a great offseason and be a heck of a player for us.”

Josh Williams posted his best performance of the season, rushing for 122 yards on 19 carries with a touchdown. The running back room has seen increased production over the past few weeks, picking up yards when needed most, but Kelly says it all starts with one guy.

“It starts with Josh,” Kelly said. “He comes in as probably the least heralded player in the offensive backfield and he’s turned out to be a captain in 3 different games. He brings an energy to our group. All of those traits are what we’ve been looking for.”

UAB is led by running back DeWayne McBride, who has rushed for 1,407 yards and 17 touchdowns through 10 games, averaging a whopping 156.3 yards per game, which leads the nation in that category.

This team has shown fight from the very first game, Kelly says, so finishing the season strong is part of the process that the coaching staff is trying to instill in this group. With two games left in the regular season, LSU will on focus their preparation to execute at the level they expect moving forward.

“That’s a piece of who we are,” Kelly said on finishing strong. “We focus on a process more so than an outcome. It’s been a consistent way of how we do things on a daily basis. It’s been business as usual for us this week. Our focus has been strictly on our preparation.”