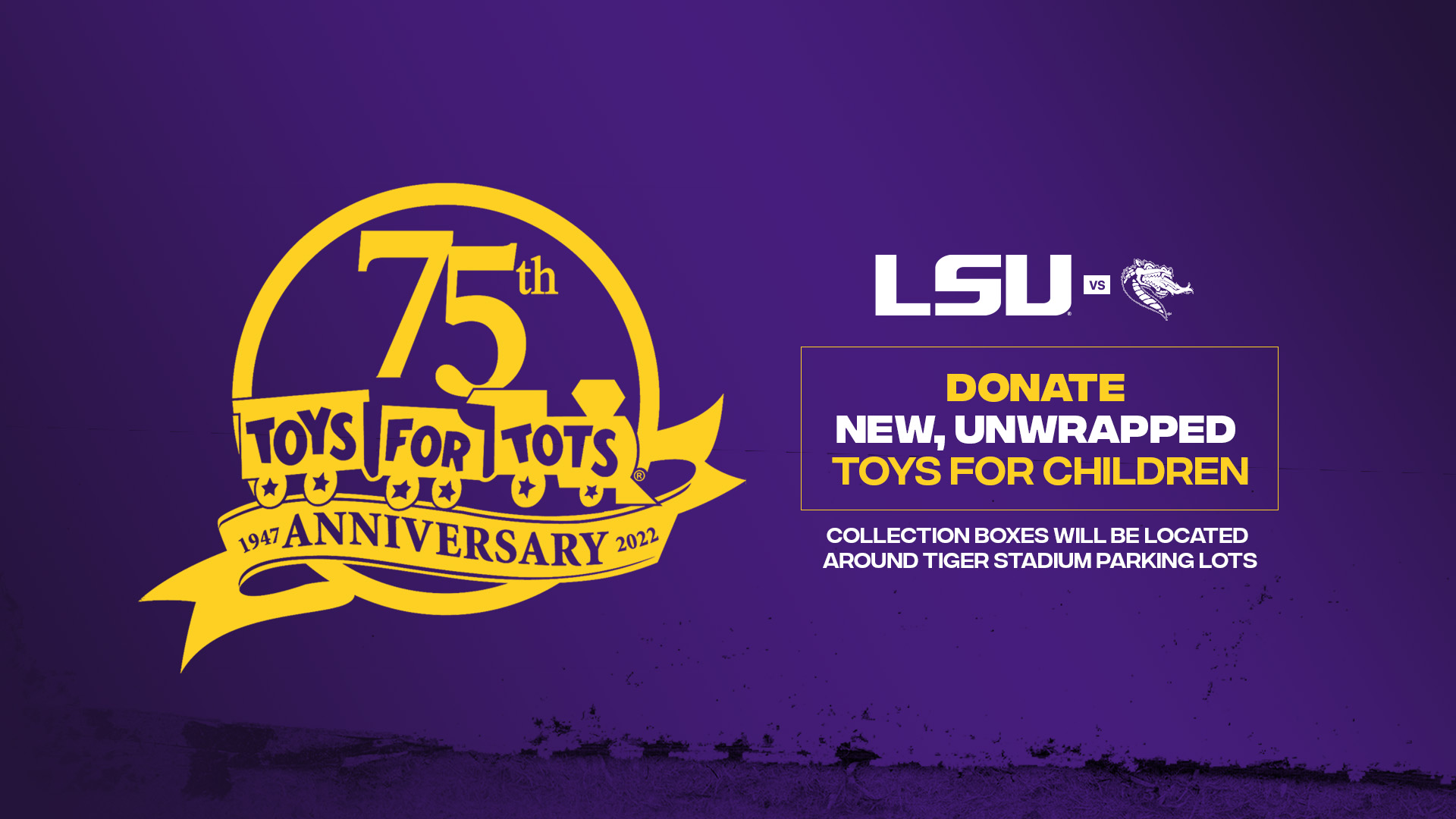 BATON ROUGE – LSU Athletics is partnering with the U.S. Marine Corps for a “Toys for Tots” collection on Saturday at the LSU-UAB game.

The “Toys for Tots” collection will take place throughout the day on Saturday at locations around campus. Fans are encouraged to participate in the collection by donating new, unwrapped toys which will be distributed to needy children in the Baton Rouge area through the U.S. Marine Corps.

Members of the U.S. Marines Corps League and Marine Reservists will be stationed around Tiger Stadium parking lots to collect donations from 2 pm to kickoff.

Kickoff for LSU’s final home game of the season is set for 8 p.m. and will be televised on ESPN2.

LSU Sixty, a program highlighting events and topics involving the athletics department, will air at 6 p.m. CT Sunday on the LSU Sports Radio Network. The one-hour show, hosted by Bill Franques and produced by Jeff Palermo, is a weekly production containing football game recaps and interviews with LSU personalities.
Skip To Main Content