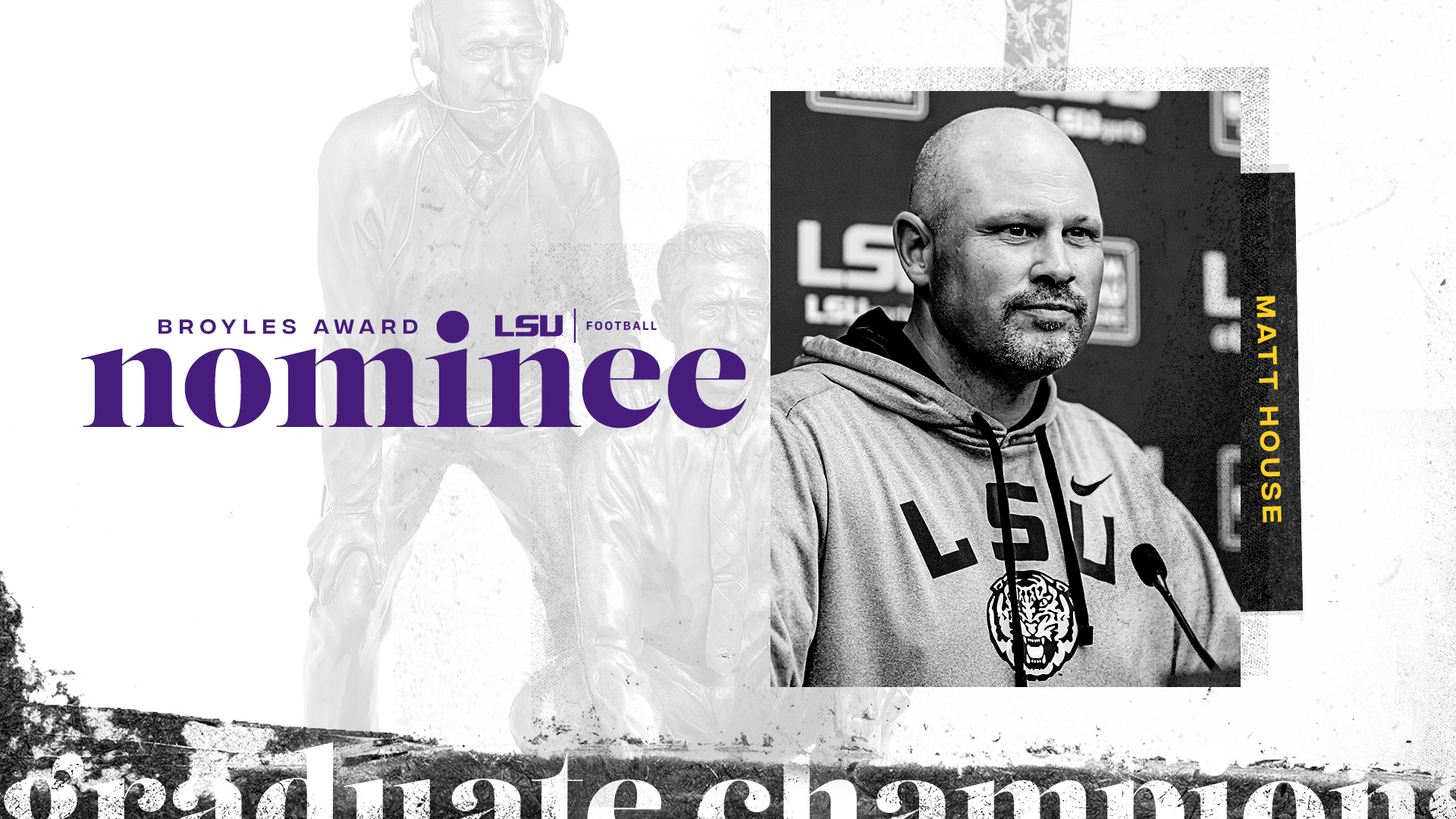 BATON ROUGE – LSU defensive coordinator and linebackers coach Matt House is among 51 coaches from across the country who are nominees for the 2022 Broyles Award, which is presented annually to the top assistant coach in college football.

The Broyles Award was created in 1996 recognizing legendary coach Frank Broyles’ legacy of selecting and developing outstanding assistants during his hall of fame career at Arkansas.

The 51 nominees in this year’s class were selected from approximately 1,500 assistant coaches representing 131 FBS programs across the country. The Broyles Award selection process includes members of the Football Writers Association of America, broadcasters, a college football hall of fame committee and current college head coaches.

In his first year with the Tigers, House has transformed the LSU defense, taking a unit that returned only three starters from a year ago and molded it into one of the best in the SEC. The Tigers are currently riding a 4-game winning streak, have climbed to as high as No. 6 in the nation, and have secured a spot in the SEC Championship Game against Georgia.

Some of the highlights for the LSU defense under House include: held Top 10 ranked Ole Miss scoreless for the final 44 minutes in a 45-20 victory; held Alabama without a TD in the first half for first time all year and limited Crimson Tide to just nine points through three quarters (fewest all season) in the win; and held Arkansas to its fewest points (10), rushing yards (121) and total yards (237) all season.