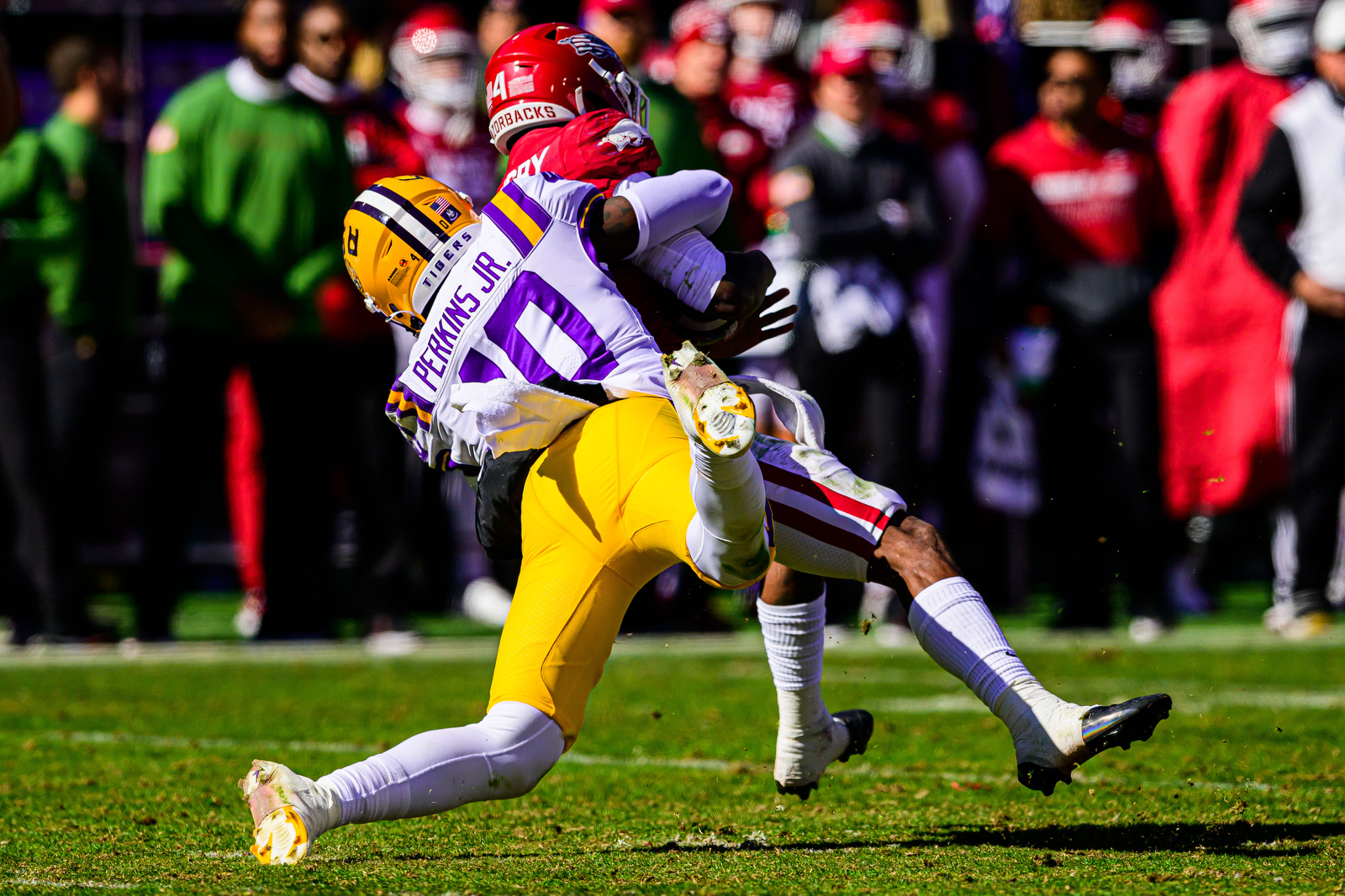 BATON ROUGE – LSU linebacker Harold Perkins Jr. has been named the Walter Camp Defensive Player of the Week for his performance in the seventh-ranked Tigers’ SEC Western Division clinching win over Arkansas on Saturday.

Perkins, a true freshman from Cypress, Texas, had one of the best all-around games for a defender in school history, tying an LSU record with four sacks in the win over the Razorbacks. Perkins, playing with the flu, finished the contest with a team-best eight tackles to go along with a pair of forced fumbles, a quarterback hurry and a pass breakup.

He became just the fourth player in the FBS in the past 15 years to have four sacks and two forced fumbles in the same game. His four sacks tie Chuck Wiley as the most in a game in school history. Wiley had four sacks in against South Carolina in 1995.

Perkins’ four sacks accounted for 33 yards in losses for Arkansas. His first sack came in the second quarter and resulted in a fumble which was recovered by teammate BJ Ojulari. LSU scored its first points of the game five plays later for a 3-0 lead.

He had sacks on back-to-back plays in the third quarter and his final sack resulted in a fumble which was recovered by Mekhi Wingo, basically ending the game. LSU ran out the clock to improve to 8-2 overall and clinch a spot in the SEC Championship Game with a 6-1 league record.

Perkins, who has already earned SEC Defensive Player and SEC Freshman of the Week honors this year, leads the Tigers and ranks No. 3 in the SEC in total sacks with 7.5.

Perkins becomes the first Tiger since Ty Davis-Price to earn Walter Camp National Player of the Week honors. He joins a list of 11 of LSU players who have won the award since the organization began naming players of the week in 2004.

The Walter Camp Foundation Player of the Week honors are selected by a panel of national media members.

LSU returns to action on Saturday when the No. 6/7 Tigers host UAB in the final home game of the season. Kickoff is set for 8 p.m. and the game will be televised on ESPN2.