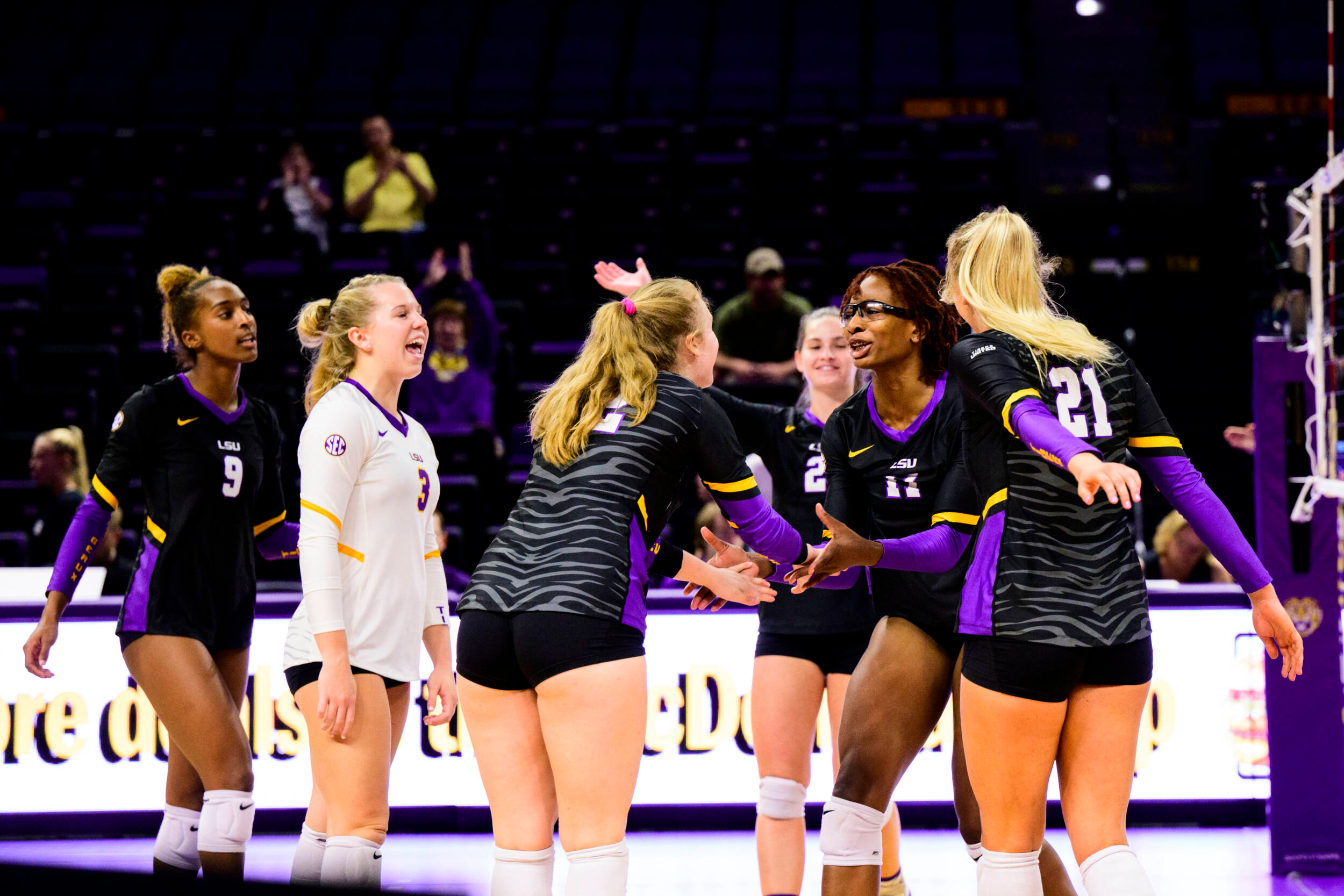 Outside hitter Paige Flickinger turned in her seventh double-double this season with a team-high 16 kills and a season-high 19 digs. Flickinger also added two aces and one block in the win. Counterpart Sanaa Dotson registered 15 kills and matched a career-high three aces for the fourth time this season.

The middle blockers were key in the match for LSU as both Anita Anwusi and Alia Williams each had six kills on 10 errorless swings through two and a half sets played. Both finished with 10 kills. Anwusi hit .476 and had a match-high six blocks, while Williams hit a .389 and had three blocks.

Setter Josie Vondran handed out 35 assists to lead the team and added five kills and four blocks, while freshman setter Maddie Waak recorded 13 assists and one ace. Libero Ella Larkin concluded the match with 14 digs and also chipped in an ace.

LSU will have a quick turnaround when they take on Texas A&M on Wednesday, November 16 in College Station, Texas.