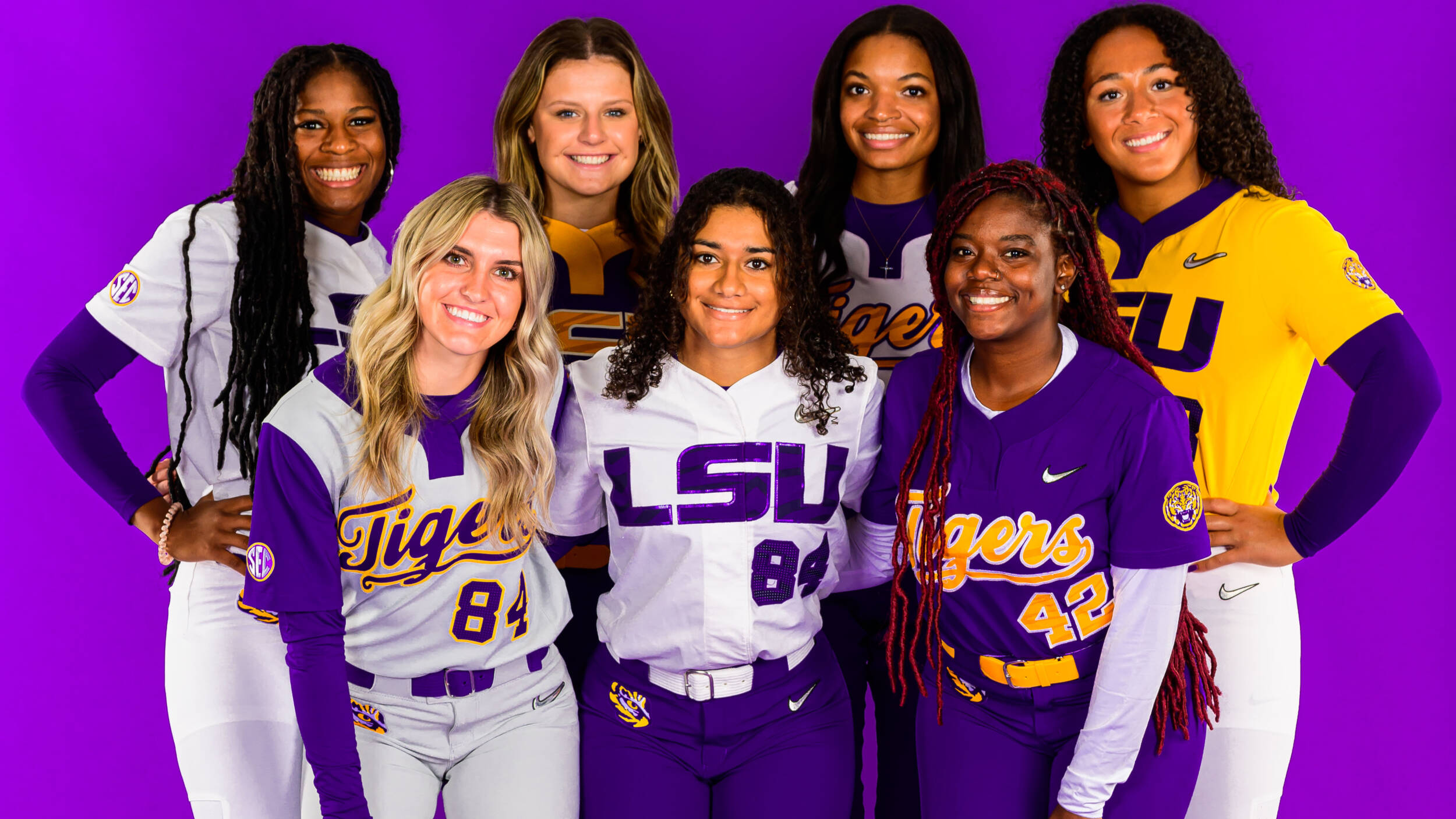 “We are excited about the addition of seven new Tigers,” said Coach Torina. “They bring tons of versatility to our program. They have speed, power, and the ability to play all over the field. They are sure to carry on a great legacy of Tigers and we are all excited to see what is in store for this special group.”

Bedell is a utility player at Northside High School and helped her team win the Georgia High School 5A State Championship in October 2022. Bedell is a two-time All-State selection and three-time All-Region and All-District honoree. Bedell plays travel ball for the Texas Bombers and last summer she logged a .495 batting average behind 52 hits, 49 runs, 36 RBIs and a .561 on-base percentage. Bedell was recently named to the 2023 PGF All-American Futures Team. Extra Inning Softball has Bedell tied as the No. 14 recruit in the 2022 class.

Daniel is an infielder who is a three-year letterwinner at Seton Catholic Preparatory. Daniel and her Sentinel teammates were honored as the 2022 AIA Sportsmanship Award winners for class 4A. That season, Daniel finished with a .610 batting average, logged a .680 on-base percentage, and tallied 28 RBIs and 53 runs scored. Daniel has also played club ball for the Arizona Storm since 2019. She is a two-time participant in the PGF Future All-American game and was tabbed the 2022 Offensive Player of the Year and 2021 Region Player of the Year. Daniel was recently named to the 2023 PGF All-American Futures Team. In 2022, Daniel is ranked as the T-No. 7 recruit by Extra Inning Softball.

Edwards is an infielder who attends Edward S. Marcus High School as a four-year member of the National Society of High School Scholars. Edwards helped her team reach the 2022 TSWA 6A All-State tournament in a season where she logged a .463 batting average behind 44 hits, including 14 home runs and recorded 43 RBIs. She has also played in the 2022 Extra Innings Softball’s 18u All-Summer Team. Edwards played club ball for Texas Glory and have won multiple tournaments including the 14u USSSA Top Gun Invitational (2019), 16u USSSA American Freedom Summer Invite (2020) and the 16u Tulsa Elite Invitational (2021). Last summer, her club team finished fifth in the TFL Summer Championships and the 18u Top Club Nationals. Edwards ranks T-No. 21 in this recruiting class according to Extra Inning Softball.

Laneaux, an outfielder from Pope High School, helped her team win a State Championship title this October. Laneaux hit .624 which included 60 runs, 68 hits, 34 extra-base hits and 34 stolen bases. Laneaux is a two-time state champion, a three-time Region Player of the Year, and was named the 6A All-State Player of the Year in 2021. Laneaux, along with McKee, was a 2022 NFCA All-American. The Georgia native played club softball for the Texas Bombers last summer but has also played for the EC Bullets Premier Schnute, and two summers with Georgia Impact. Laneaux is tied as the No. 39 recruit in this season’s recruiting class according to Extra Inning Softball.

Manning is a key member of the West Monroe High School team who finished as the 2022 Class 5A LHSAA Softball runner-up. In the classroom Manning is a two-time National Honor Society member and three-time honor roll recipient. On the field, the infielder is a 2021 NFCA South Region Second Team selection, a three-time All-District selection and was tabbed All-State her freshman and sophomore season. Manning has played three seasons of club softball for the Birmingham Thunderbolts before playing for the Bombers last summer. Manning is ranked as the T-No. 29 recruit according to Extra Inning Softball.

McKee is a utility player who is a letterwinner for Lake Creek High School where she is a three-time Academic All-District selection and was honored as a 2022 Texas Scholar Athlete. Last season, McKee led her team to a state championship title with a perfect 41-0 record behind a .511 batting average, registered 72 hits, scored 70 runs, and stole 77 bases. Due to her performance last season, McKee was placed on the Max Prep and Extra Innings Softball First Team All-American Teams, was named a NFCA All-American at the shortstop position and was the All-Greater Houston Hitter of the Year. McKee has played four summers with the Hotshots and has claimed the USA Champions title, the Top Gun Champions title, and the Top Club Championship title all in 2020. She is coming off a summer where she batted .471 with 48 hits, 42 runs and stole 53 bases. Extra Inning Softball ranks McKee as the T-No. 18 player in the recruiting class.

Walker is a utility player who plays for Marietta High School where she is a three-time All-Region selection. Walker has batted above .400 in each of her four high school seasons and led her team to their first-ever state playoff appearance in 2019 as a freshman. Last season, Walker turned in a .578 batting average and registered a .661 on-base percentage. Walker plays for the Lady Dukes travel ball organization. She gained most of her travel ball experience with the East Cobb Bullets, previously playing multiple summers with the organization. She recorded a .546 on-base percentage and hit 19 home runs to contribute to her .492 batting average, 1.047 slugging percentage and 40 RBIs last summer. Walker is ranked T- No. 16 according to Extra Inning Softball.