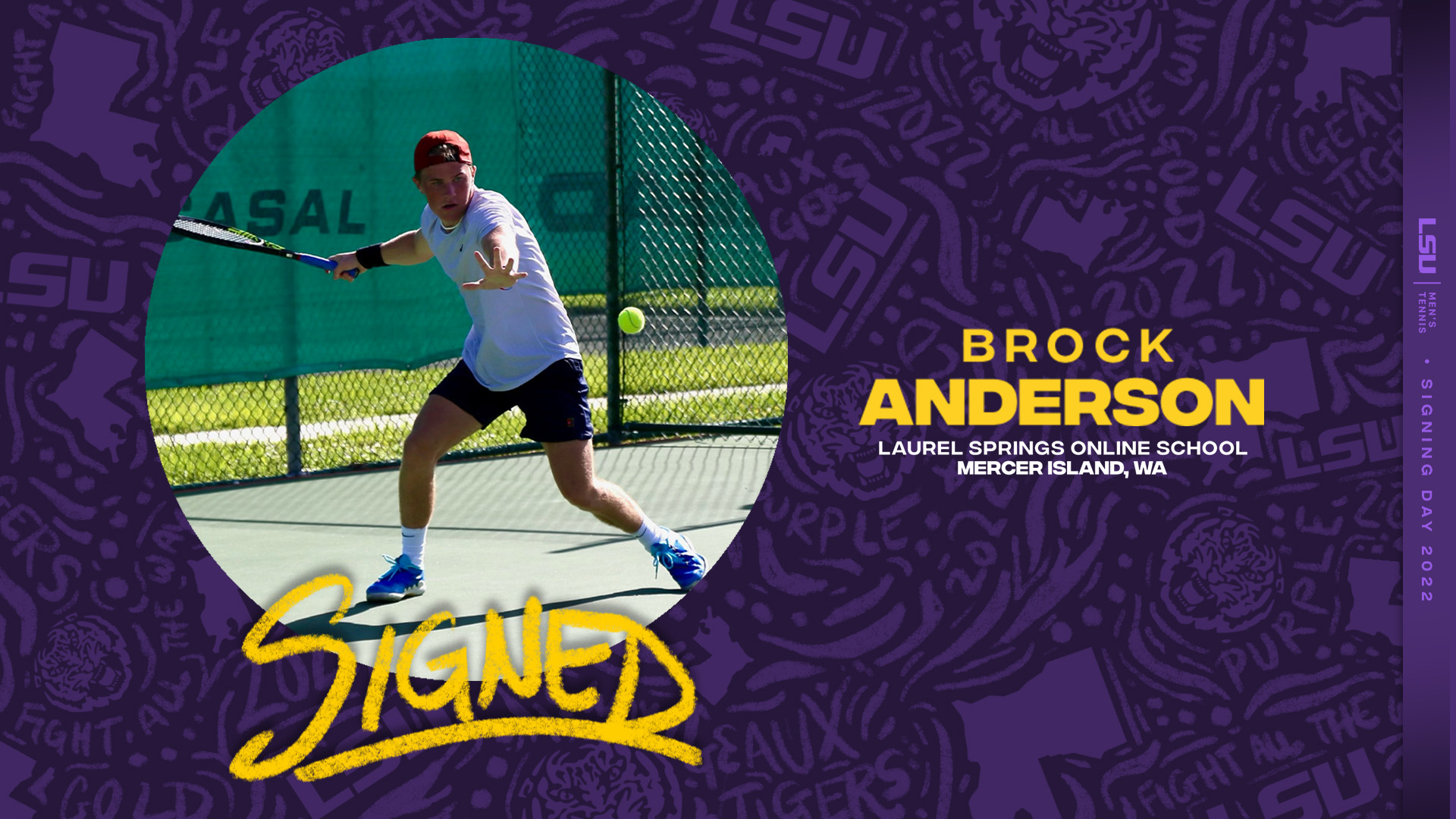 “We are thrilled for Brock Anderson to become a Tiger,” head coach Danny Bryan siad. “He loves tennis, competes extremely hard, and has the desire to continue improving his game day in and day out.”

The Mercer Island, Washington Native is a five-star recruit according to tennisrecruiting.net and has been ranked as high as No. 55 in the country for the class of 2022. This past year, Anderson earned a 25-10 record on the court.

“We are excited for Brock to get to campus and make an impact on our team,” head coach Danny Bryan shared.