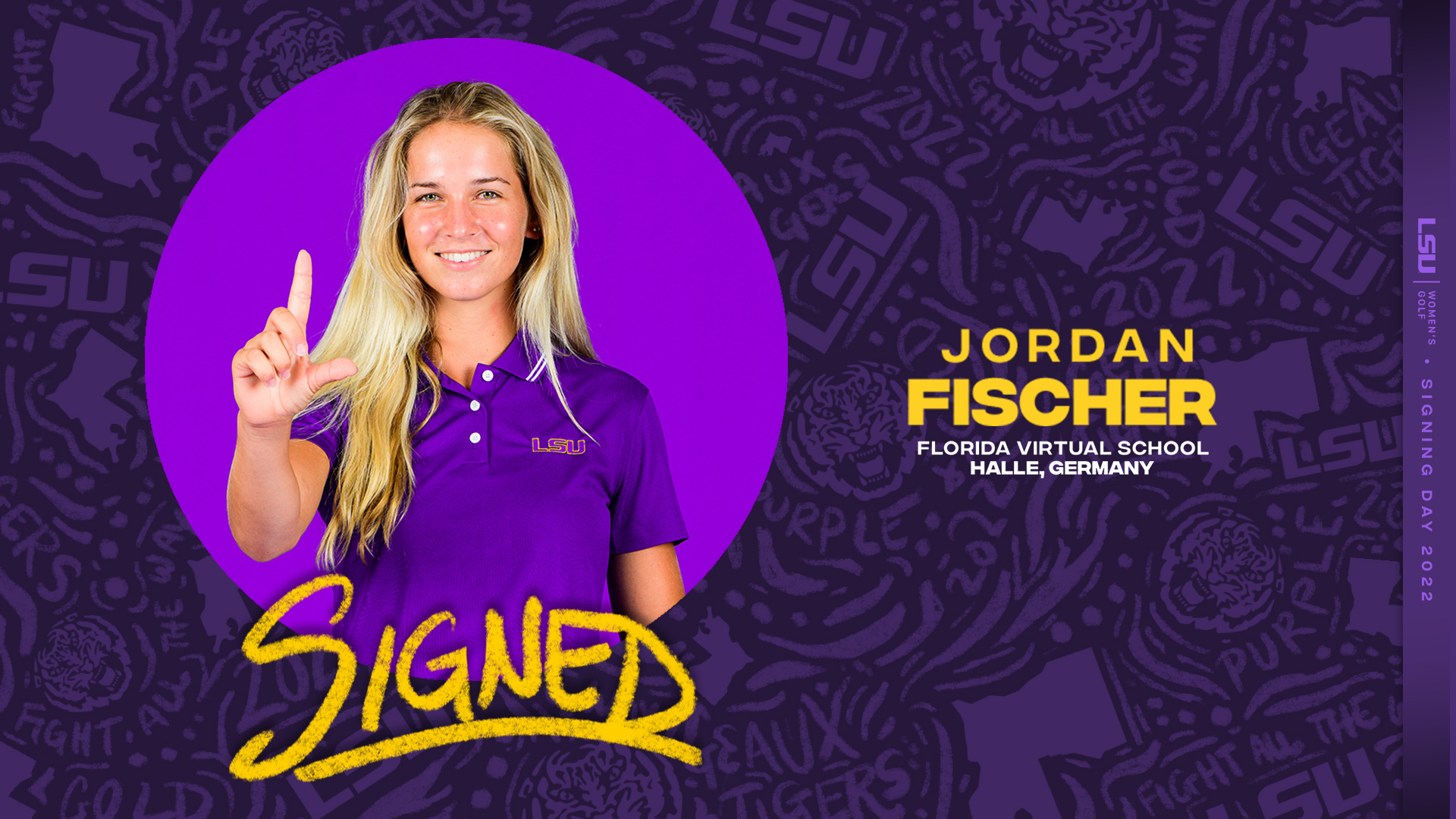 She was a participant in the United States Girls Junior Amateur and a quarterfinalist in the Florida Women’s State Amateur championships.

“We are excited to announce the signing of Jordan Fischer to our 2023 signing class,” said Coach Runion. “Jordan is a talented and determined young lady that has apirations of playing on the LPGA Tour one day. Being born in Germany but living in Florida she has a lot of international and US experience that should help her transition into college golf very smoothly. She cited our facilities and resources along with being familiar with some of the current players as reasons why she chose LSU and we can’t be more excited.”