Williams Among Semifinalists for Burlsworth Trophy 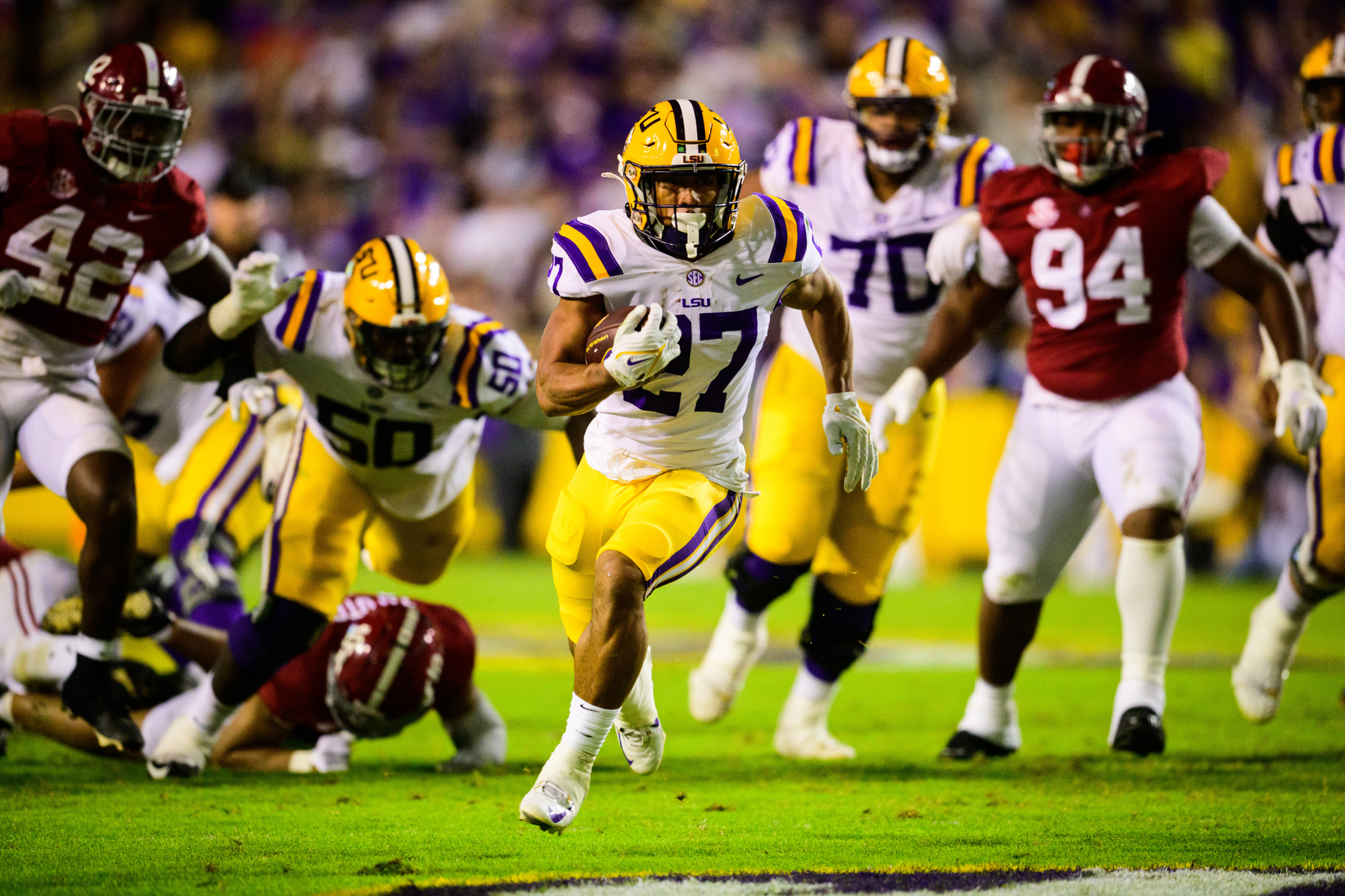 BATON ROUGE – LSU running back Josh Williams has been named one of 10 semifinalists for the Burlsworth Trophy, which is awarded to the nation’s most outstanding college football player who began his career as a walk-on.

Williams, who joined the LSU program as a walk-on in 2019, has since worked his way from scout team player to scholarship recipient to starting running back for the seventh-ranked Tigers. Williams was awarded a football scholarship following training camp in 2020. He was a member of LSU’s 2019 national championship team.

This year, Williams leads all LSU running backs in rushing yards with 359. He’s scored five rushing TDs, including one last week against Alabama that put the Tigers up, 14-9, in the third quarter. A two-time SEC Academic Honor Roll selection, Williams has also caught 17 passes for 104 yards.

Williams, a junior from Houston, maintains a 3.4 grade point average in marketing and he’s a member of LSU’s Omicron Delta Kappa honor society.

The Burlsworth Trophy Selection Committee will announce the three finalists on November 15. Finalists will be honored and the winner of the 2022 Burlsworth Trophy will be announced on December 5 at 7 p.m. at Crystal Bridges Museum in Bentonville, Arkansas.

The trophy is named in honor of Brandon Burlsworth. Without one D1 scholarship offer, Brandon walked on to the Razorback team in 1994, worked his way to being a three-year starter and was eventually named an All-American in 1998.

Burlsworth was selected with the 63rd overall pick by the Indianapolis Colts in the 1999 NFL draft but was tragically killed in a car accident 11 days later. The Burlsworth Foundation was created in his memory and supports the physical and spiritual needs of children, in particular those children who have limited opportunities.