LSU Climbs Three Spots to No. 7 in CFP Rankings

LSU in the CFP Rankings +0 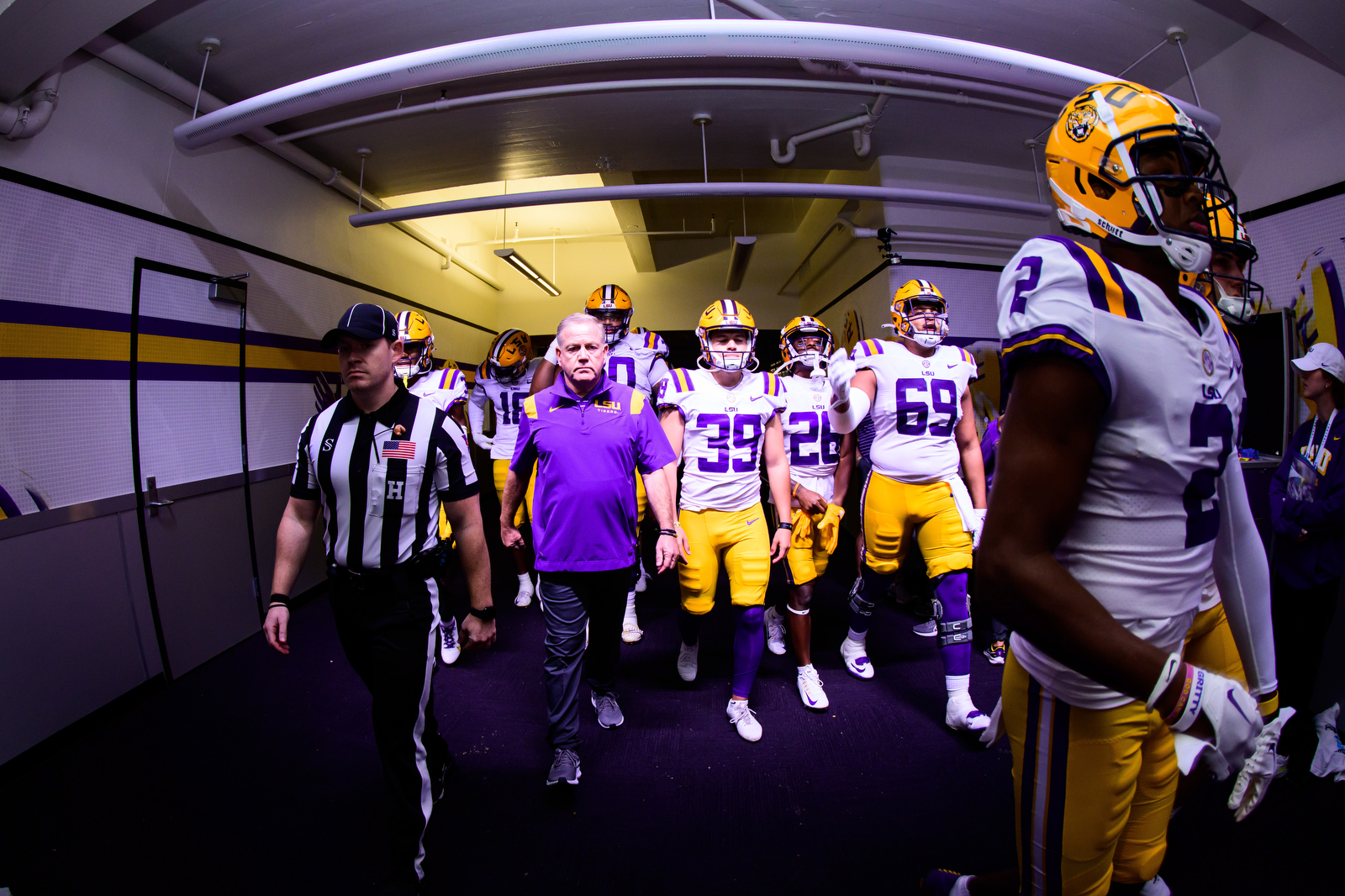 BATON ROUGE – LSU surged three spots to No. 7 in this week’s edition of the College Football Playoff Rankings, the CFP Committee announced on ESPN Tuesday evening.

LSU (7-2 overall) made its debut at No. 10 in the first edition of the CFP Rankings last week.

The Tigers, coming off a thrilling 32-31 overtime win over Alabama on Saturday in Tiger Stadium, are the highest two-loss team in the rankings.

On the comparison between LSU and one-loss Oregon, who is ranked one spot ahead of the Tigers at No 6, CFP Selection Committee Chair Boo Corrigan said, “We talked about everything. We have multiple teams on the board. We’re looking at as much information as we can find on it.

“Obviously, the LSU wins the last couple of weeks with Alabama and Mississippi has played in strong in the last couple weeks. If you think back to last week, we had LSU at 10, so there was a lot of respect for LSU going into that room.

“Again, the Oregon piece of losing that game early and averaging over 40 points in their last eight games, the job that Bo Nix has done both running for touchdowns and throwing for touchdowns, it’s really an impressive team, as well. Again, we’re looking at everything that we can find as well as watching the games and making sure we’re doing a full evaluation.”

LSU returns to action on Saturday, traveling to face Arkansas at 11 a.m. in Fayetteville. The game will be televised on ESPN.