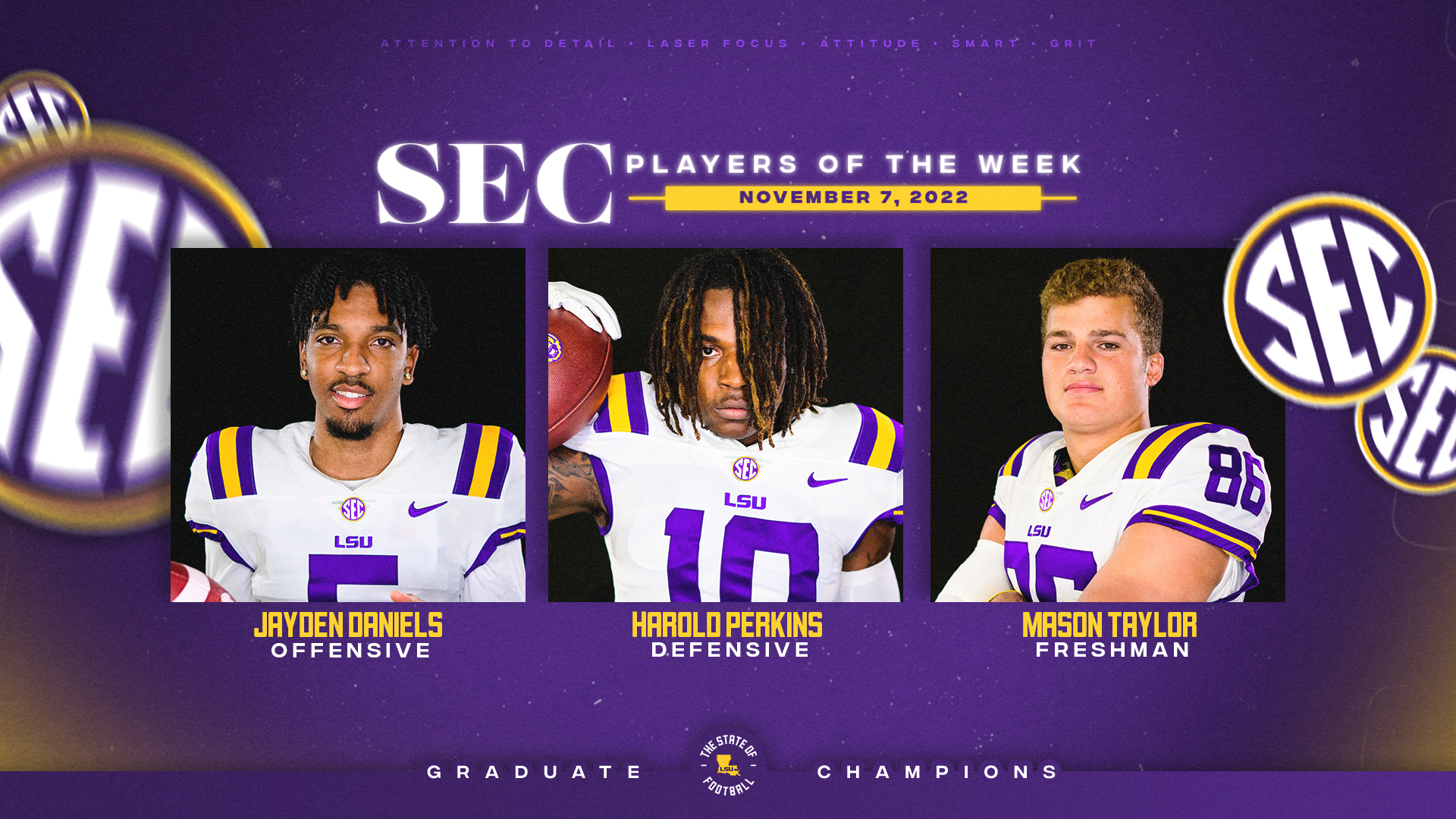 BATON ROUGE – Three LSU players earned SEC Player of the Week honors for their performance in the thrilling 32-321 overtime win over Alabama on Saturday in Tiger Stadium.

The win over Alabama lifted LSU to a 7-2 overall mark and to 5-1 in league play. The Tigers return to action on Saturday, traveling to face Arkansas at 11 a.m. in Fayetteville.

Quarterback Jayden Daniels earned SEC Offensive Player of the Week honors for the second consecutive game, while linebacker Harold Perkins picked up defensive player of the week honors and tight end Mason Taylor was named freshman of the week.

Daniels finished the game connecting on 22-of-32 passes for 182 yards, TD passes 30 and 7 yards with no interceptions. On the ground, Daniels carried the ball 18 times for 95 yards. He averaged 5.1 yards per carry against an Alabama defense that was allowing 2.7 yards per rush and just 94 yards per game.

Perkins, a true freshman, set a career-high with eight tackles, including a sack for a 6-yard loss, and a team-high three quarterback hurries in the win. He also broke up a pass in coverage on a third-down situation in third quarter, forcing an Alabama punt.

Perkins’ sack came on 3rd-and-5 at the LSU 6-yard line the second quarter, forcing an Alabama field goal, one of three redzone field goals for the Crimson Tide. LSU’s defense also held Alabama without a first half touchdown for first time this season as the Crimson Tide were limited to season lows for first half points (6) and points thru three quarters (9).

Taylor, also a true freshman, caught the game-winning 2-point conversion in overtime, snaring a pass from Daniels in the front corner of the endzone after the Tigers opted to go for two and the win. Taylor finished the game with three receptions for 36 yards, including a 7-yard TD reception from Daniels that put the Tigers up 24-21 with 1:47 left in the game.