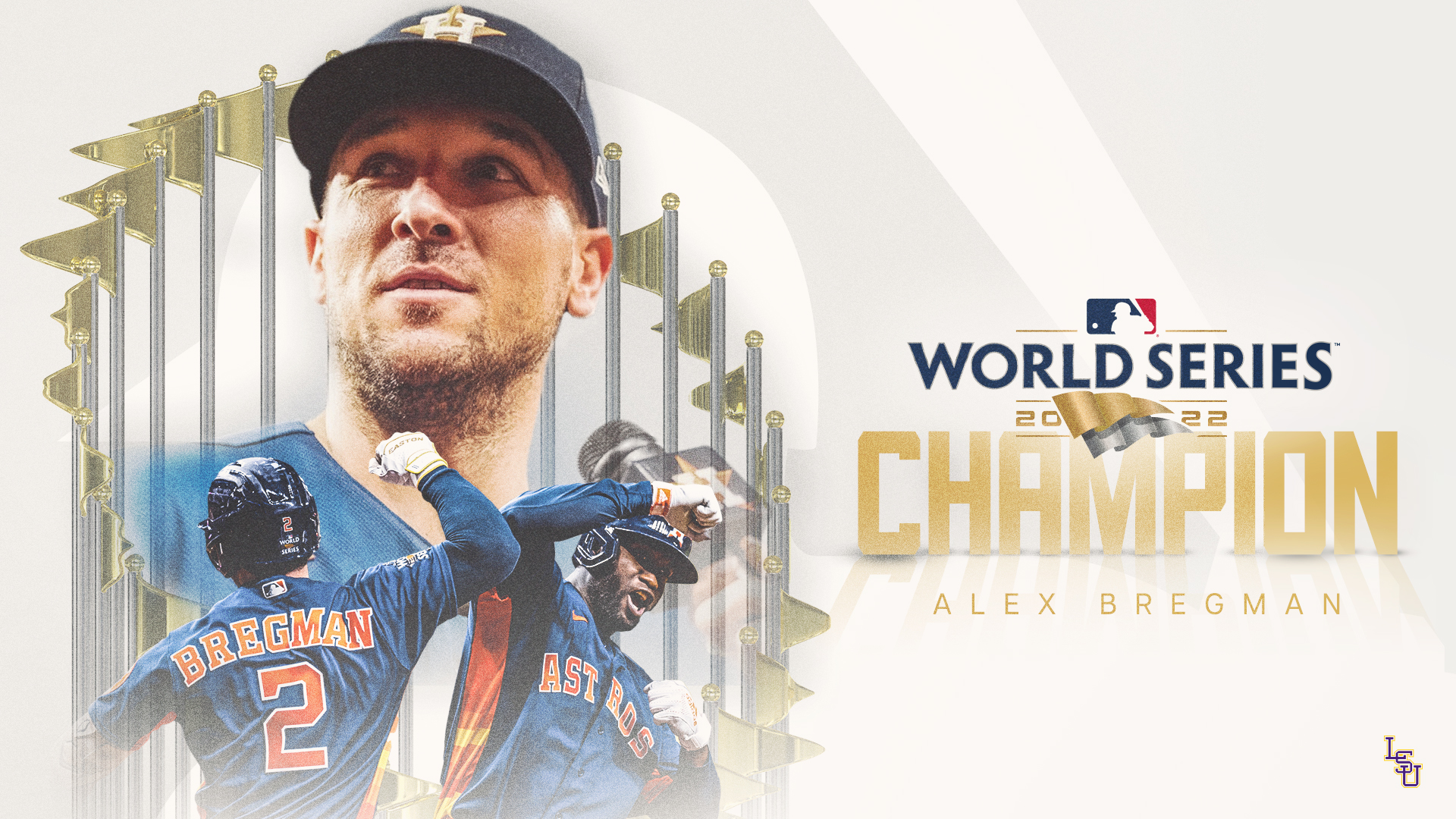 Bregman earned his second World Series ring with the Astros, who also defeated the Los Angeles Dodgers to win the 2017 Fall Classic.

Bregman helped lead the 2022 Astros to the American League pennant for the fourth time in six seasons. A two-time AL All-Star, the 2018 All-Star Game MVP, and a 2019 Silver Slugger Award winner, he batted .259 during the regular season with 38 doubles, 23 homers, 93 RBI and 93 runs scored.

Bregman has 15 homers and 47 RBI in 86 career MLB postseason games, marking the most postseason home runs by a third baseman in MLB history.

Bregman, who completed his seventh season with the Astros on Saturday night, was the No. 2 overall pick in the 2015 MLB Draft.

He played shortstop at LSU from 2013 through 2015 and led the Tigers to two College World Series appearances. He was a two-time First-Team All-American for the Tigers, and he was named the recipient of the 2013 Brooks Wallace Award as the nation’s best shortstop.

Following is the list of the former LSU players who became World Series champions: