Volleyball Heads to Knoxville for Series Versus Tennessee 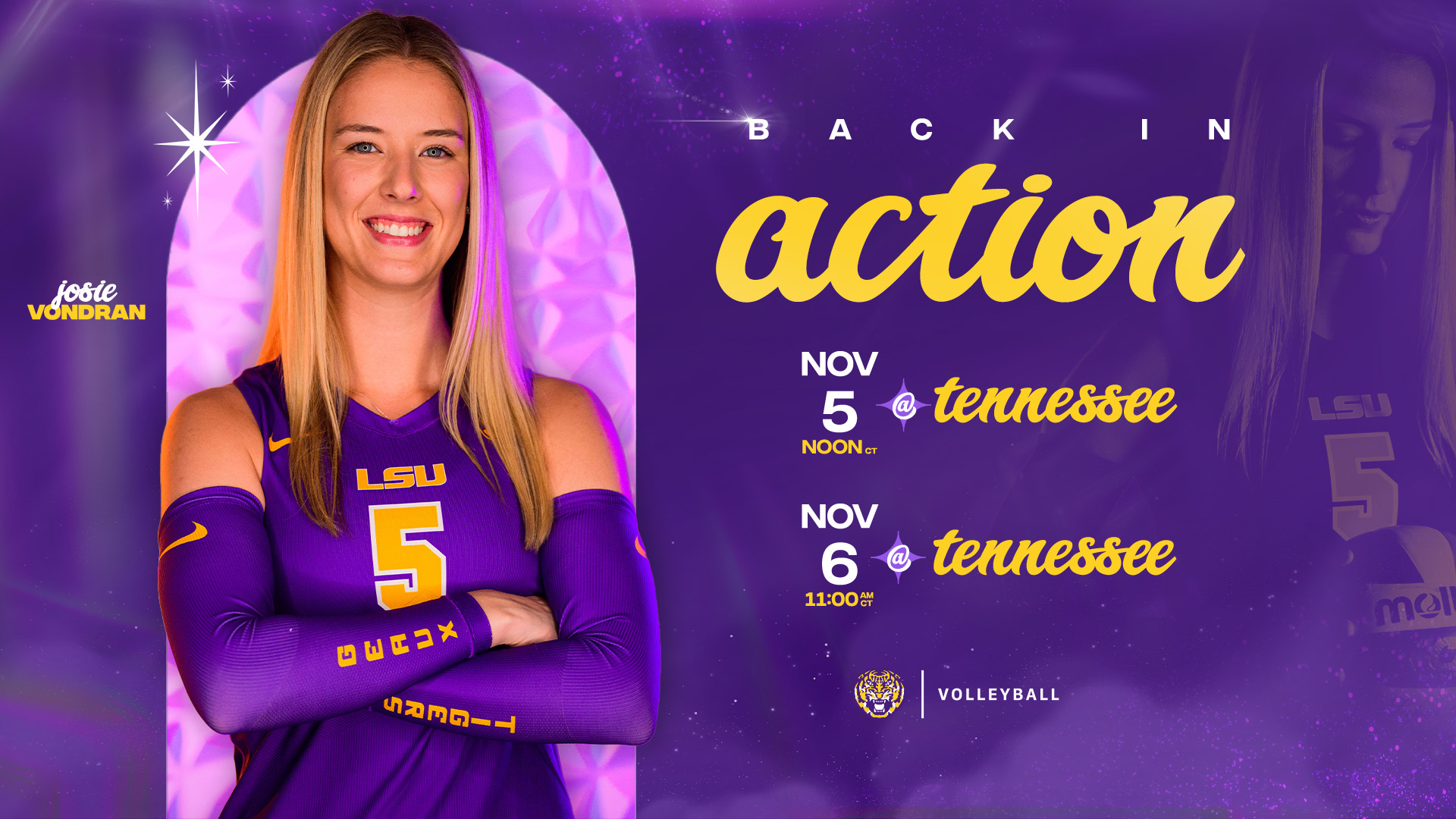 Outside hitter Sanaa Dotson leads the Tigers with 3. 80 kills per set which ranks No. 7 in the SEC. She also has a team-high 19 aces on the season. Outside hitter Paige Flickinger follows with 2.48 kills per set and has 16 aces and 2.59 digs per set.

Libero Ella Larkin continues to be the standard in the SEC with 4.63 digs per set (417 total). Larkin has accumulated four 30-plus dig performances this season and adds 13 aces to her season statistics.

Setter Josie Vondran sits at No. 10 in the conference with 6.65 assists per set and contributes 74 kills, 45 blocks and 12 aces. Freshman setter Maddie Waak has registered 4.54 assists per set to go along with 15 aces. Waak is coming off a weekend with consecutive double-double performances and has three total double-doubles in a four-match span. Middle blocker Anita Anwusi leads the team with 1.12 blocks per set (101 total) and has collected 162 total kills on the year.

Tennessee snapped a three-match losing streak with a five-set midweek win at Ole Miss Wednesday night. Although the Lady Vols are 4-7 on the road this season, they are 7-4 when playing on their home floor. UT ranks No. 5 in the SEC with a .253 hitting percentage but surrenders a league worst .248 attacking percentage to its opponents this season. The Volunteers have the fourth most kills per set in the conference at 13.26 and is No. 6 with 1.41 aces per set. Tennessee also averages 2.24 blocks and 13.60 digs per set.

The Lady Vols are led by right side Morgahn Fingall who averages an SEC-best 4.11 kills per set and has a team-high 24 aces this season. Outside hitter Erykah Lovett follows with 3.58 kills on average and has 16 aces. Setter Natalie Hayward ranks No. 6 in the SEC with 9.66 assists per set and has 73 kills, 47 blocks and 19 aces. Middle blocker Keondreya Granberry paces the team with 0.88 blocks per set (69 total).

LSU is ahead in the all-time series against Tennessee with a record of 40-28. The Tigers and Lady Vols split last season’s series in Baton Rouge.