LaDazhia Williams, a forward with four years of Southeastern Conference experience, is ready to take on her final collegiate season in purple and gold. 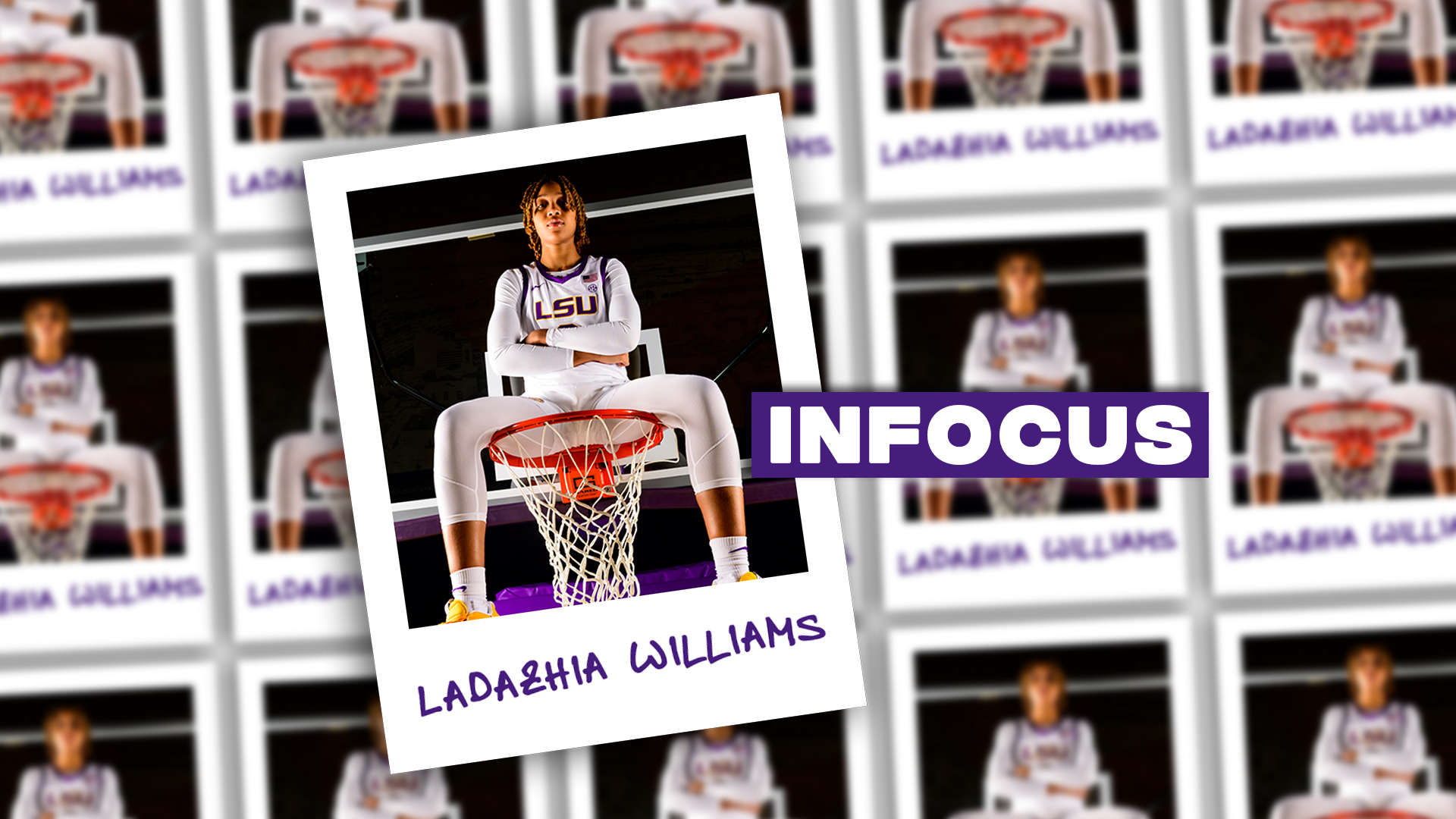 LaDazhia Williams, a forward with four years of Southeastern Conference experience, is ready to take on her final collegiate season in purple and gold.

Williams joined the LSU women’s basketball team this season as one of nine newcomers and two graduate transfers. Williams, who previously played at South Carolina her first two years of college and at Missouri the past two years, is no stranger to LSU and second-year head coach Kim Mulkey.

“My freshman year at South Carolina (2017-2018), we played against Baylor,” Williams explained. “I saw how Coach Mulkey transformed her players, and I wanted that, too,” said Williams.

Williams started in 18 games for Mizzou last season. Throughout the 2021-2022 season, she was efficient shooting the ball with a 58.2 field-goal percentage, a mark that ranks third all-time in Missouri’s program history. In the same season, the SEC veteran also tallied 16 games in which she scored double-figures.

Williams ended her journey at Missouri by graduating with a psychology degree from the College of Arts and Sciences. She hopes to achieve her master’s degree in sociology, specifically criminal justice, during her time at LSU.

A native of Bradenton, Fla., the 6-4 powerhouse was electric in her high school career. Williams holds the record as the all-time leading scorer and rebounder at her alma mater, Lakewood Ranch High School.

Going into her collegiate career, she was ranked as the nation’s No. 12-best forward and the No. 48 overall prospect in the class of 2017. Williams also holds many Florida state-level athletic honors, including the 8A Player of the Year awarded by the Florida Association of Basketball Coaches.

“I’ve definitely grown a lot mentally since high school,” Williams said. “Coming in my freshman year of college wasn’t the easiest, especially being in A’ja Wilson’s shadow (the consensus National Player of the Year during Williams’ freshman season at South Carolina). The older players really helped me out, and that is what I try to be for the freshmen now.”

As she enters her new beginning in Baton Rouge, Williams is finding her place. While she is self-proclaimed more on the quiet side, Coach Mulkey has given Williams the title “The Silent Leader,” which she has adopted wholeheartedly.

“Coach says that I’m a silent leader, but she still wants me to use my voice more, so I’m getting more comfortable with that,” Williams explained.

Williams uses her experience in the SEC to lead by example, alongside fellow forward Angel Reese, who transferred to LSU this season after playing two years at Maryland.

“Angel and I try our hardest to make sure the freshmen stay positive and keep their heads up,” said Williams. “Coach always tells them you have to compete every day. Angel and I aren’t new to this, so we try to show them how we compete against each other every day and, hopefully, they will see that.”

Williams looks forward to the season ahead and said attending the 2022 SEC Media Day with Coach Mulkey and returning guard Alexis Morris has helped prepare for her new role. After her first ever appearance in Birmingham, Ala., representing her new program, Williams mentioned that being in front of cameras and interviewers helped her become more confident for the upcoming season.

“It really brought me out of my comfort zone,” Williams said. “Morris helped me feel more comfortable, and she made sure to hype me up. Just seeing her be comfortable really encouraged me.”

As the women’s basketball season approaches, Williams wants everyone to watch out for the Tigers. “Just because we’re a new team and we have new players, don’t count us out,” she said.

Williams is ready to feel the Baton Rouge excitement and be a part of the LSU atmosphere when the season arrives.

“Win or lose, the fans are really into it here,” she added.

Williams and the Tigers are set to play their season opener on Monday, November 7, versus Bellarmine University in the Pete Maravich Assembly Center.